We have been living in our rig for over 5 years now. We have been retired and traveling most of the time for over 4 years now. During that time we have met many people while traveling. All of those meetings have been enjoyable. It has not been uncommon to hope that one day in the future we would see each other again. Those second meet ups have been very few...except with two couples that we met in 2015 in Rockport, Texas. I am not really sure why we keep seeing each other, but we have really developed a connection. Bill and Lisa, and Bob and Rox are awesome folks and we really enjoy each others company. We tried to meet up with Bill and Lisa in New Orleans, but the weather would hear nothing of that.

On January 20, we left Bayou Segnette SP, just west of New Orleans, and drove the 190 miles to Rainbow Plantation in Fairhope, Alabama. The truck did not run well. It continued to have a miss in the engine. I put some oil additive in it and it seemed to be better, but still not perfect. That would be a continuing story. The weather was still a bit cold, but the forecast was for much warmer temps in the coming days.

We met up with the other couples at Bob and Rox's new condo that they purchased in Gulf Shores this past year. This is a new chapter in their lives and it was interesting to hear the reasons they made that decision. We watched the NFC and AFC Championship games with mild interest and enjoyed a nice dinner and great conversation.

The next day it warmed significantly and I went for a walk around Rainbow Plantation, which is an Escapee park. It is a very nice and quiet place. We were lucky to get a spot, they were completely full while we were there.

Then we met up with the group at Lu Lu's for happy hour and dinner. We always enjoy our time together. 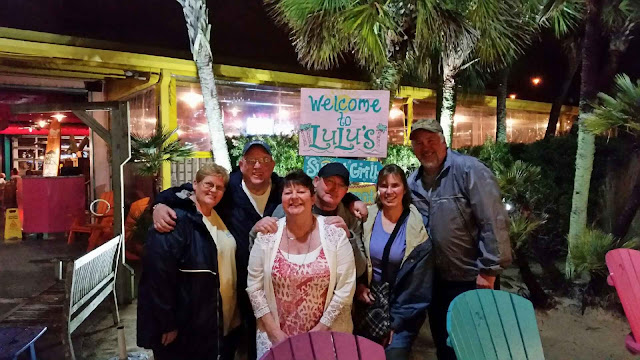 We had to say good bye to Bill and Lisa, as they were moving on down to Florida for a 6 week stay in Cocoa Beach. They are traveling in a new to them Roadtrek.

We met up with Bob and Rox the next day to listen to a talk at Fort Morgan. This is a very historical fort at the mouth of Mobile bay. 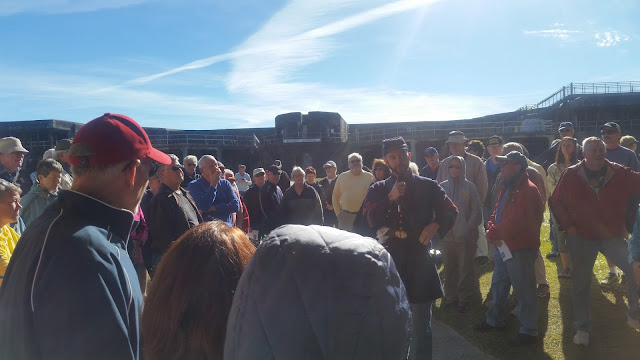 The talk was not the best we had been to, but he did know the history of the fort. We then enjoyed walking the grounds and learning more of the history. 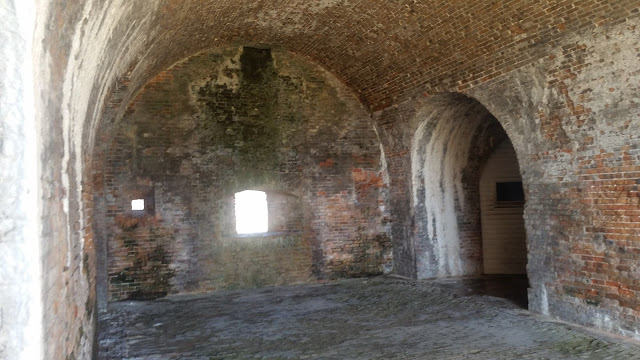 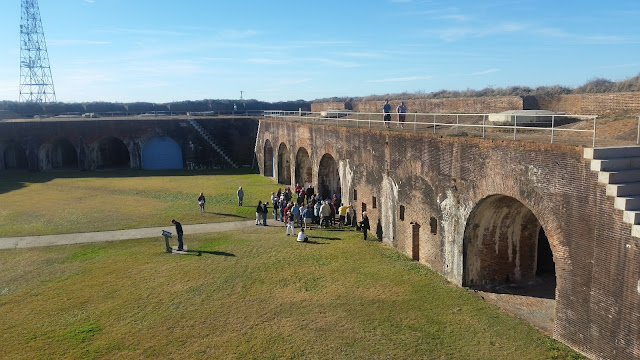 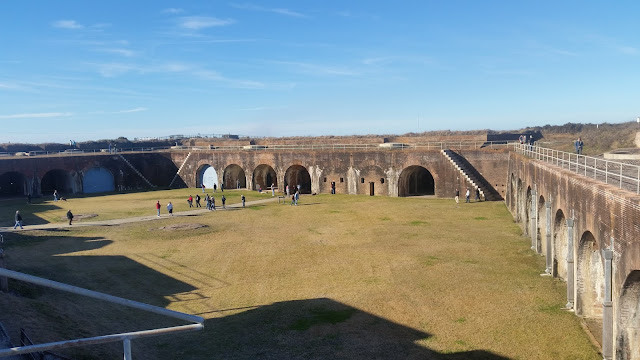 There was a famous battle that took place at this fort at the end of the Civil War. In this battle, Union Admiral David Farrigu,t said the famous line, "Damn the torpedoes, full steam ahead". It was a battle that really did not need to be fought, because the war was all but over at that point. After the dinner we went to Moe's for BBQ, which was excellent. I was surprised to find out that Moe's is based in Colorado. We parted with the usual handshakes and hugs and planned to depart further east the following morning.

On the drive east, the truck was again running poorly. I decided then it was time to take it in for service. I was convinced that it was another injector problem and I prepared myself for a repeat of the $2100+ bill I paid last March in Pahrump, Nevada. In my next entry, I will tell you what happened. It was one of those amazing days.

Posted by ktmissouri at 9:33 AM