I am writing this entry on Sunday, January 21. It has been a busy week since my last entry about our time in the Houston area. We were sitting at Bayou Bend on Saturday morning when we got a text from some god friends that we have made on the road. The last time we saw them was two years ago in Cocoa Beach, Florida. They were planning to be in New Orleans at the end of the week and asked if we wanted to join them. We quickly said yes and set our plans to make that happen. Or at least that was the plan.

We left Bayou Bend RV resort on Sunday and drove about 90 miles to Sam Houston Jones SP near Lake Charles, Louisiana. We have stayed at this park before and really like the park. It was Sunday of the MLK holiday weekend and the weather was nice, so the park was busy with families camping.

We love to see families in the campground. We just hung out in the rig the rest of Sunday and watched the football games. I still can't get over the finish of the Vikings-Saints game. We planed to leave on Monday, but decided to take a walk on a beautiful day. We ended up hiking about 2 miles on the river trail. There are over 10 miles of trails in the park. I had walked most of them on our previous visit. The park is built in a swamp along a river. There are beautiful Cypress trees and lots of birds. 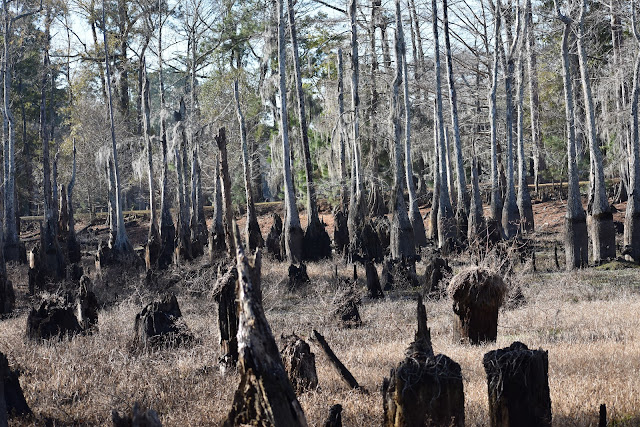 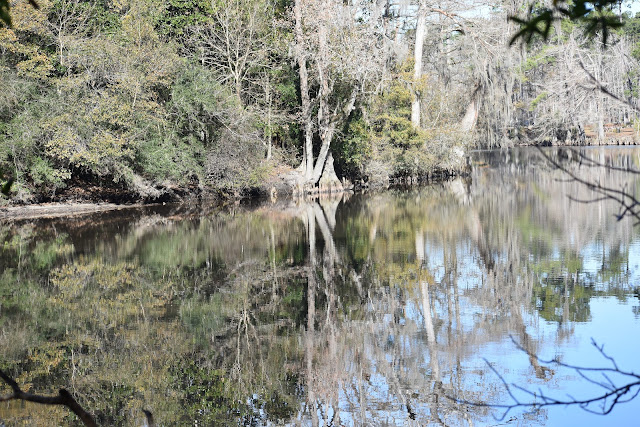 There are some very nice homes built on the far side of the river. 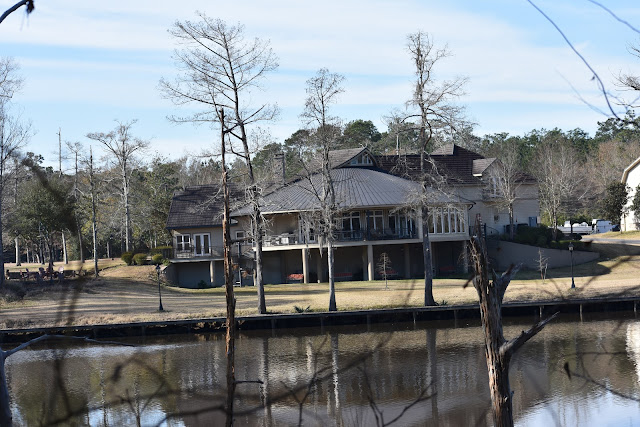 I took a few bird pictures, but none of them are worth publishing. We looked at the weather and saw that a major cold front was coming in the next day, so we hitched up and decided to move further east. We chose Palmetto Island SP near Abbeville. We wanted to go to see the Acadian Museum. I have read about the people that moved to the area and wanted to learn more. The weather was perfect when we arrived at Palmetto Island. There were about 5 rigs in this beautiful park. We knew the weather was coming in, so we went for another walk. Two in one day for Kim and I, that has to be a record.

We really like Louisiana SP's. The are reasonably priced and have free washers and dryers.

The storm came in as expected and we found out our friends were not going to make it to New Orleans due to closed roads. This part of Louisiana has bridges all over the place and when it freezes, it gets ugly. We had temps down in the teens and an inch of ice and snow. It was much worse just a few miles north. We never made it to the museum.

We ended up having to extend our stay to 3 nights at Palmetto Island. We spent most of the time hunkered down in the rig staying warm. I did take one long hike, but it was cold. We really wanted to do the paddling trail, but it was just too cold.

We left Palmetto Island on January 18th. We waited until around 1 PM to leave to ensure our tanks could be dumped. We drove north to I-10 only to find that it was still closed. We had planned on getting to New Orleans and staying in a park just north of the lake, but that was not going to work. Kim did an excellent job researching on her phone on the fly and we switched our destination to Bayou Segnette SP, just to the west of New Orleans. We made it just before dark. We had to switch sites due to the first one being very unlevel, but we were still settled before dark.

The following day, January 19, was our 38th anniversary. I got up and went for a long bike ride. We then went out for an early dinner and then just relaxed for the rest of the day. I did get some wildlife pictures right from our site.

Then this beautiful hawk stopped by for a visit. He just sat there while I took about 10 shots. I think it is a Cooper's Hawk, but I am not sure. 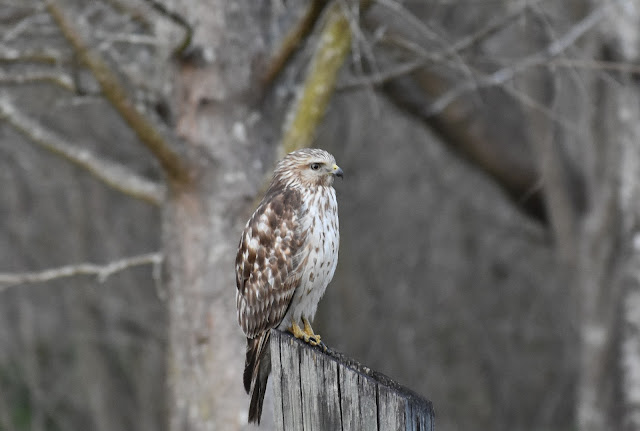 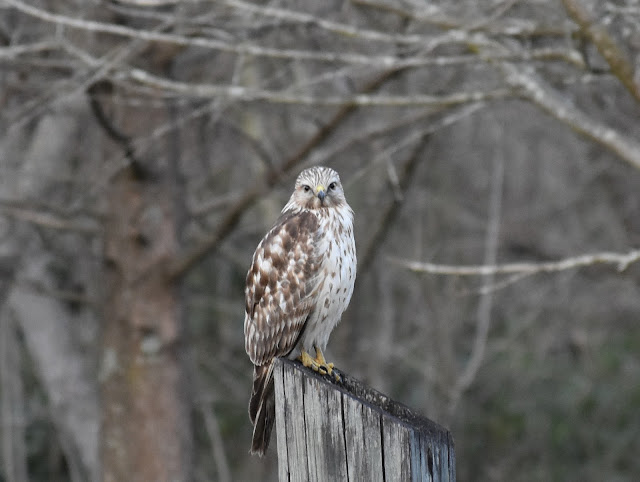 We made plans with our friends to meet up in Gulf Shores, Alabama. Another couple that we met back in 2015 in Texas are staying in Gulf Shores for the winter. We are looking forward to seeing everyone. It looks like we are back to normal weather for the south for the next couple of weeks. We are ready to stay warm.
Posted by ktmissouri at 10:31 AM