We left Oak Park on January 9. We decided to make one more stop before going into the Houston area. We selected another COE park on a lake. Notice a pattern here?

We selected Hanks Creek Park on Lake Sam Rayburn in East Texas. The drive was about 170 miles. We went more East than south, but it was a nice drive through the East Texas piney woods. I have been having a strange issue with the truck, so that creates a little anxiety, but I don't think it is a major issue. I will write more about that as I do some troubleshooting.

We were a bit surprised to find that the park's office was closed for the winter. There are volunteers working in the park, but they just do maintenance. I talked to one nice lady and she told me to just go on the Recreation.gov website or call the toll free number to get a site. We had very weak cell signal, but I was able to get a call through. We waited on hold for over 30 minutes. I decided to just move into a spot and hope they would eventually get on the phone. They did, and we got set up for 3 nights. Kim really liked one site that was right along the lake (She is still all about the view), but there were some guys with a cherry picker working in the area trimming trees. She went to ask them if it was OK, and they said, "no problem". 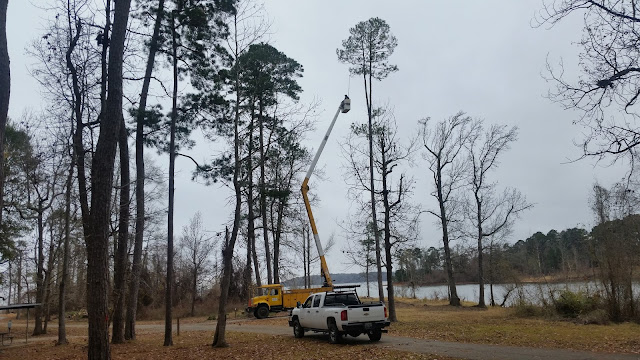 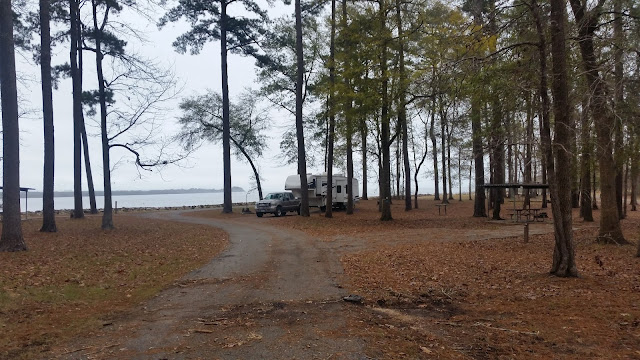 I went for a long bike ride around the park and neighboring roads. It looks like a nice quiet lakeside community.

After the bike ride, I decided to take full advantage of the day and go for a walk with the camera. The forecast for the next day was for rain and wind. I had walked for about 100 yards when I noticed two large birds at the top of a tree. I thought the profile was that of an Eagle, but I moved closer to be sure. Sure enough it was a mating pair of Bald Eagles. They look to be young, but had the distinctive white head and tail. I did not have the best lighting, but I did the best I could. This is the reason I was excited about this camera that my son is allowing me to use. 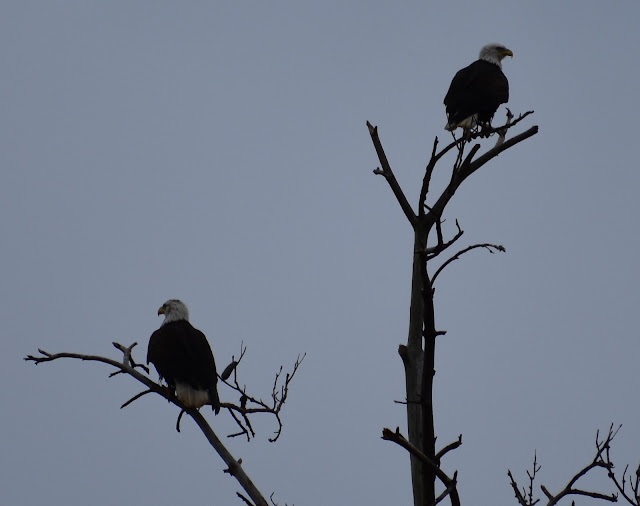 As I moved closer, one flew off, but the other stayed for a bit longer and let me take a few more shots. 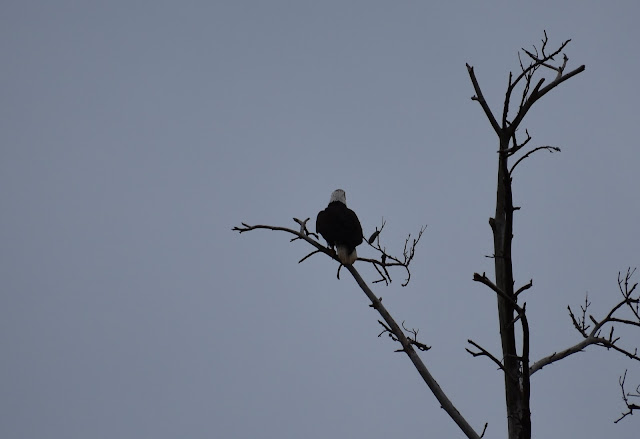 It was an awesome experience. I love Eagles, and this photo session was special. I did get a shot of what I think is their nest. 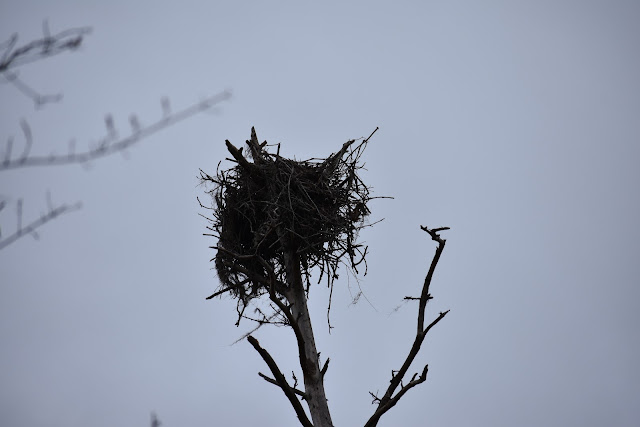 The rain came as expected the following day. We stayed inside and just read. I have not taken some time and just read a book since the last time we were on the road in May. It does not take too long to settle into the "rhythm of the road". We were in a very good place.

We got up on Friday the 12th to temps about freezing. We waited for a bit of warming and then headed south to Baytown, Texas. Why would we go to Baytown? I will tell you in our next entry.