We are now in Pahrump, Nevada. It looks like we will be here for a little over a week. We have to get some work done on the trailer and the shop we have chosen, can't do the work until next week. I will write more about the problem in a later post. Let's just say it is a MAJOR problem. We will just stay positive and enjoy our stay in Pahrump. The cool thing is we actually have friends here. I will bet we will make some more.

We stayed at Horseshoe Bend Campground near Coulterville, California until Wednesday, March 22. We really enjoyed our quiet time there. We had the park all to our selves other than two guys that were staying there to do some logging in the local area. I spent some time talking to them. Really nice guys. 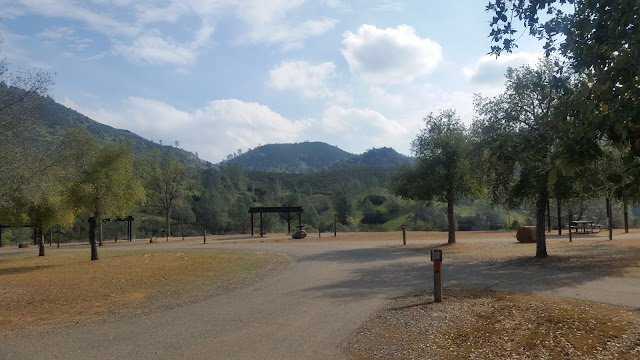 I took a ride on my motorcycle around the area. I stopped in the town of Coulterville to check out a historical museum. There wasn't much to it, but here is what is left of the Coulterville Hotel that was built in 1849. As you can see in the windows, it is missing a roof. 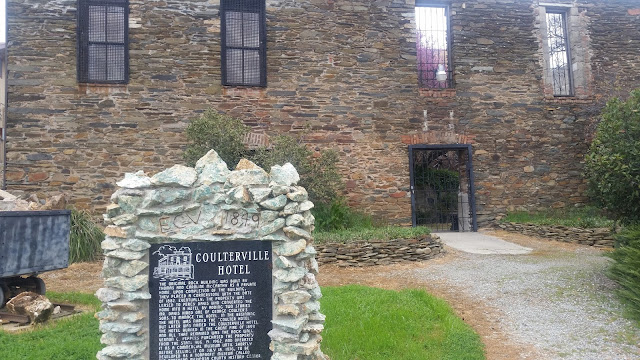 This was a mining area and Coulterville at one time was a significant town. They had a number of historic vehicles and machinery.

We had a serious hail storm come in, but we did not get any damage.

Next up was a move down to a place that would hopefully allow us to check out Sequoia and Kings Canyon National Parks. They are way up in elevation, so taking the trailer up there was not an option this time of year. I found a COE park outside of Visalia called Horse Creek. We got hooked up and dumped the tanks and headed out. It was a 165 drive through rolling hills and along the Merced River. Then we hit the very busy Highway 99. I was happy to exit at Visalia and head east up into the mountains. Just past the little town of Lemon Grove, that was aptly named as it sat in a area full of Orange and Lemon Trees, we made a short climb to the dam of Lake Kaweah. On the far end of the lake is the Horse Creek Campground. The set up is confusing. We normally love COE parks, but this one is older and just strange. Of course my feelings about the place went from strange to bad with the next sequence of events. The park roads are very tight and lined with concrete curbs. They look like this: 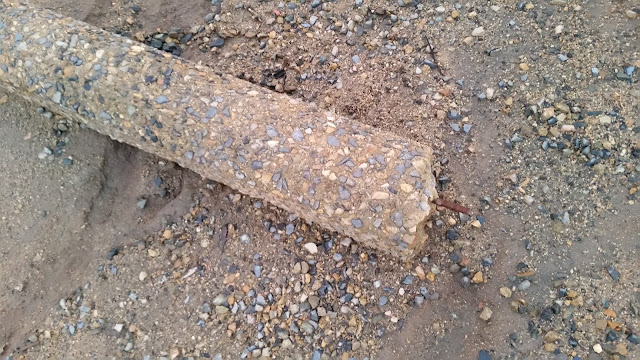 We found a nice site along the lake. The road leading to the site was tight, but I should have made it easily. I for some reason lost concentration and made a mistake. I ended up hitting one of those &%$#@ curbs. I ended up blowing a tire as it hit on the sidewall. I was right next to the site, so I backed in with one blown tire. 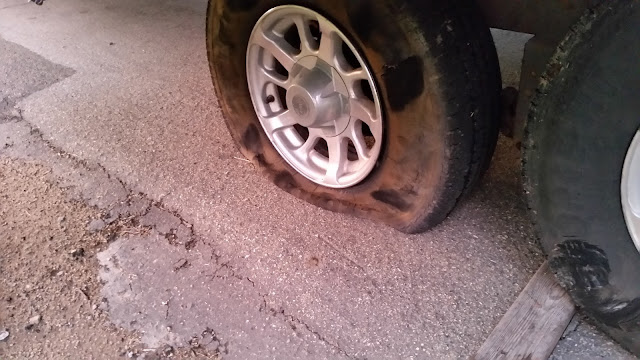 After taking a few deep breaths and having a beer, I took a walk to enjoy a nice sunset in the beautiful valley. 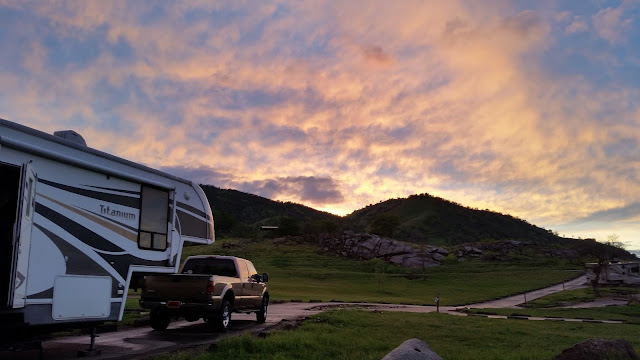 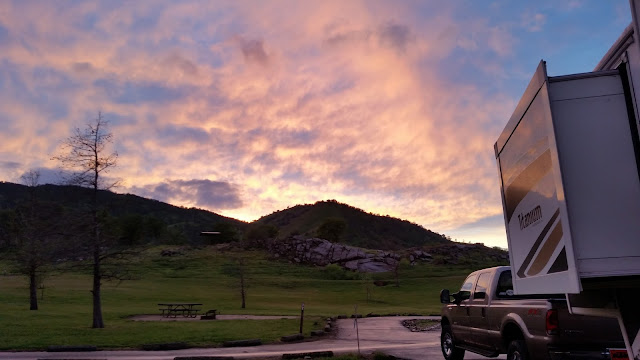 The next day was a good weather day, but we had to spend it in Visalia getting a new tire and doing laundry and grocery shopping. While I was removing the tire, I took some shots of the lake and surrounding mountains. 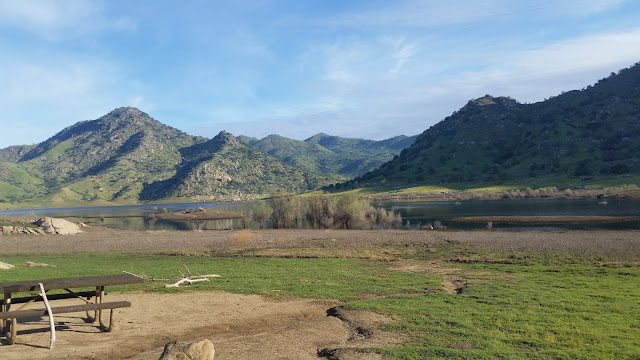 We did have limited OTA TV and good Verizon 4G cell signal at this Horse Creek. The cost was $20 per night with no hookups. They do have a dump station and bathrooms that are in need of repair.

We were watching the weather forecast closely and it looked like a major storm was coming in the next evening. We decided to get moving early on March 24 and head to Sequoia and see as much as we could see. At that point the road between Sequoia and Kings Canyon was open. I will write about that awesome day in my next post.
Posted by ktmissouri at 12:45 PM