After spending two weeks in Pahrump, it was time to get headed back to the east. We want to be in Texas on May 13 for our Niece's wedding.

One of the activities I like to do is trip planning. I like to look at the options and try to find a great camp site. With all of the time in Pahrump, my planning turned into indecision. I originally thought about going to Bullhead City. There were a number of good camp site options even though that was taking us a little out of our way. I looked at the weather forecast for Bullhead City and it called for temps in the 90's. That was just too warm for us.

I then looked back to the east and thought about spending a night or two in Kingman, but I did not see any great camping options. We were heading to the Grand Canyon area and when I looked at the direct route through Las Vegas, it showed 265 miles to the town of Williams. Williams is directly south of the South Rim of Grand Canyon NP.

For the first time in a while we were very excited about getting back on the road. April 17 was the day to move. We both woke up early and before we knew it we had the rig ready to go. We pulled out of Pair-A-Dice at 8:10 AM. That has to be some kind of record for us.

The drive to Las Vegas is only about 50 miles, but has a steep pass just before dropping down into the city. There is some beautiful scenery around Red Rock Canyon. 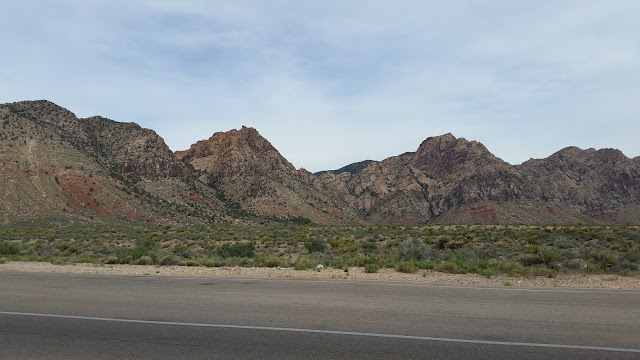 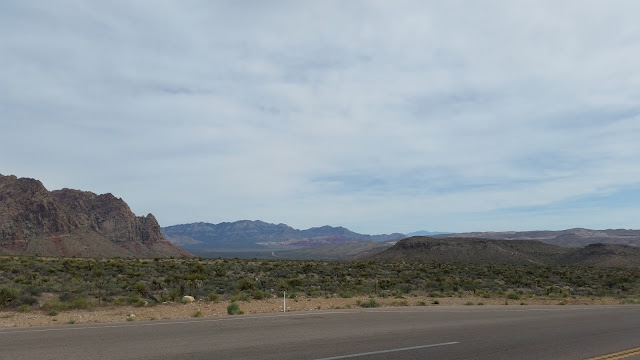 After clearing Las Vegas, we headed to Boulder City. Kim tried to get a shot of Lake Mead, but this is the best she could do form the moving rig. 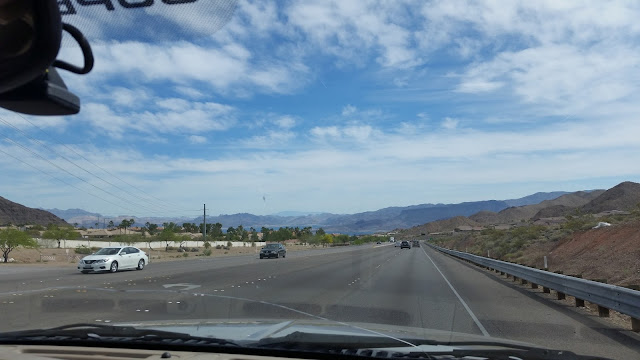 We then crossed the Colorado river on the new bridge just below the Hoover Dam. I was unaware that you can not see the dam from the new bridge. 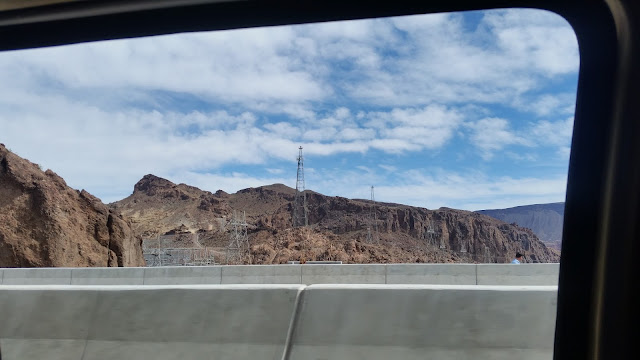 The rock formations in the canyon are still nice to look at. We drove on for a while and then stopped at an overlook to see the canyon below the dam from a distance. You can see the Colorado river in one of these shots. 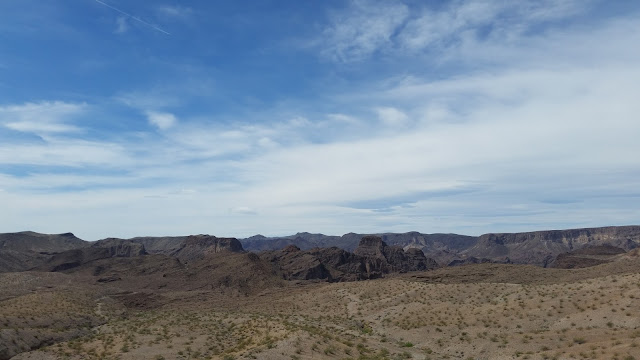 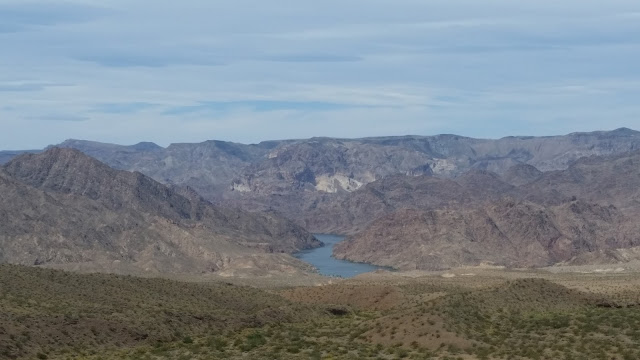 It was still early in the day when we got to Kingman, Arizona. We called to make sure we could get a spot at the Grand Canyon Railway Hotel and RV park in Williams. They had space for us in the RV park, but not on the train for the next day. We continued on to Williams. The park is very nice and is a Passport America park. We got two nights for $24 per night. Not bad for this level of a park. We did have the main line of the railroad right behind us, but it was not busy and did not wake us up. 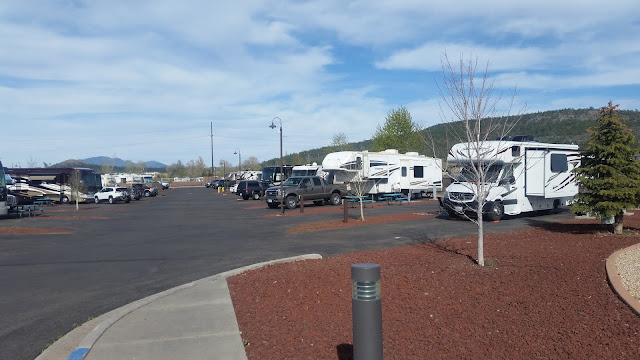 We ended up driving about 265 miles, which is long for us, but it was good to give the truck a good workout to see if it was good to go. We climbed to about 7000 feet in elevation, so it was not an easy day. The truck ran great. We are praying we are good for the rest of the trip.

We were now set to make the 60 mile drive the next morning to Grand Canyon NP. My next entry will be full of pictures of the canyon. It was a very strange and melancholy day. I will explain why in my next entry.
Posted by ktmissouri at 10:46 PM