I have been a bit behind on posting to this blog. We have found something to do each day that has kept us very busy and having fun. We have also had a few visitors which has been great. If any of you ever want to join us while we are in an area close to you, please feel free.

I decided to pack my fishing gear on my bike and head over to the upper Taylor river via Cement Creek. It is the long way around, but that is what makes adventure.

The ride up Cement Creek was beautiful. 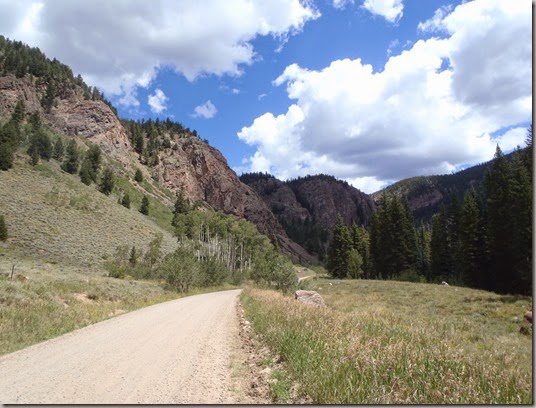 The road started out as a flat gravel road. That did not last long. 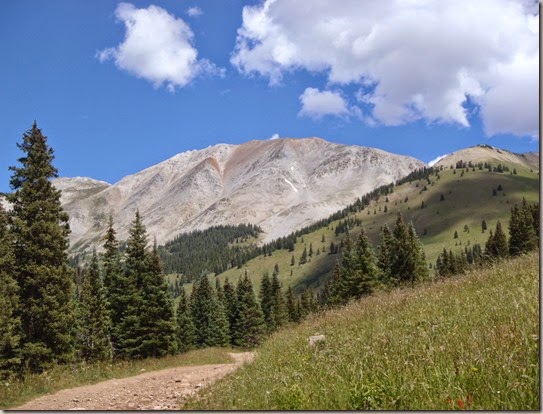 You can tell as I get higher it is starting to get more rocky and off camber. The road became steep and had many creek crossings. The DR was doing fine, but I had to slow down.

There were a few mountain bikes and a few ORV’s up there. I rode past a few waterfalls. It was really pretty. 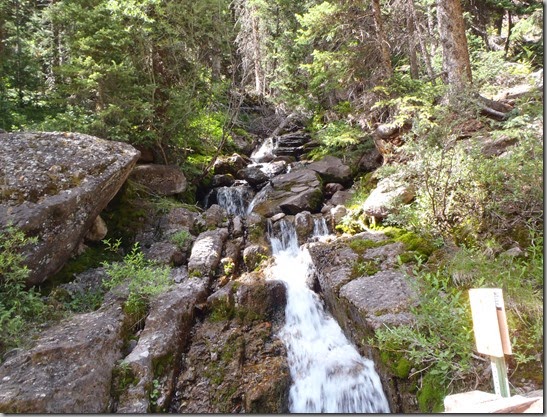 As I got higher, The road got steeper. 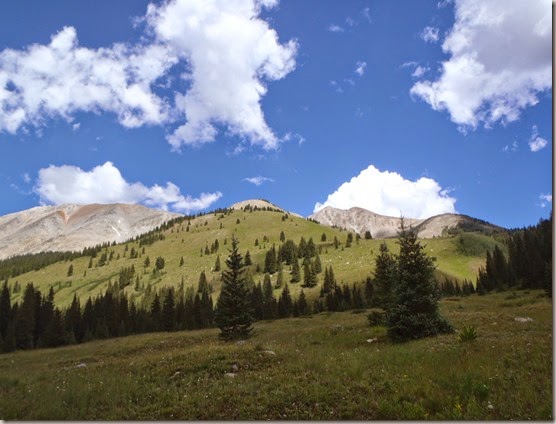 The high alpine meadows were full of color. It was just a beautiful day. 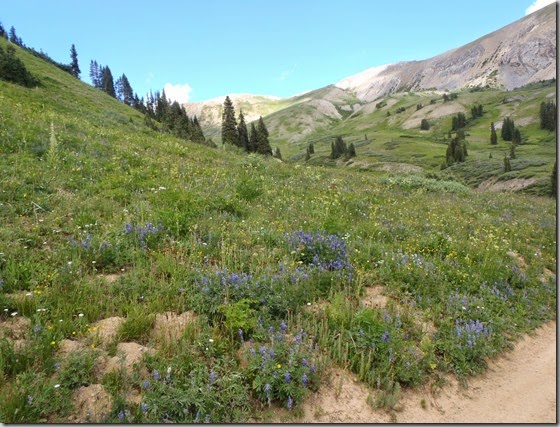 You can click on the pictures and zoom in to get a closer look. They are pretty high resolution.

As I approached the end of the canyon, I noted there was not a way around this mountain. I was going to have to go OVER it! I got on the gas and climbed the last few pitches. I was glad I was not going to have to go down the same road…or was I? I climbed and climbed to an altitude of 12,500. Wow, that was high, but that was as far as I dare go. The small trail on the right of this picture was the only trail I could see from the top. 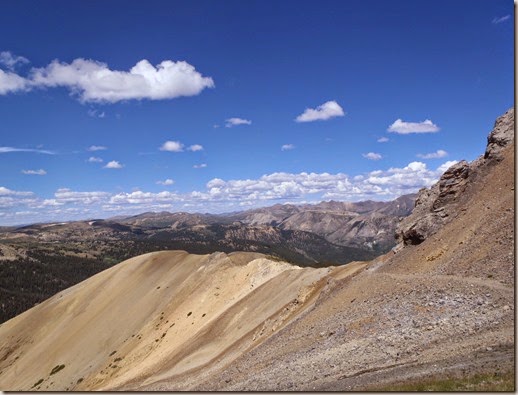 I was not going to take that one. So, with my street tires, I was going to have to have to go back down that mountain. I put that out of my mind for a while and just enjoyed the views. 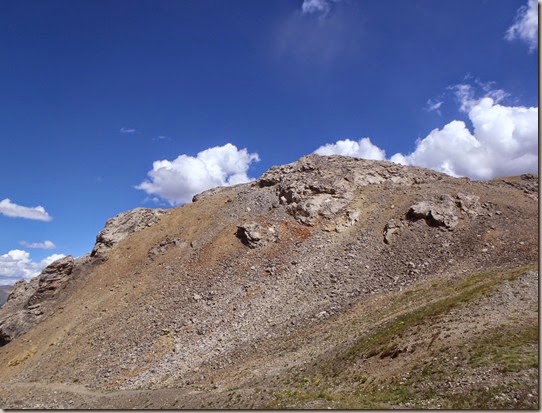 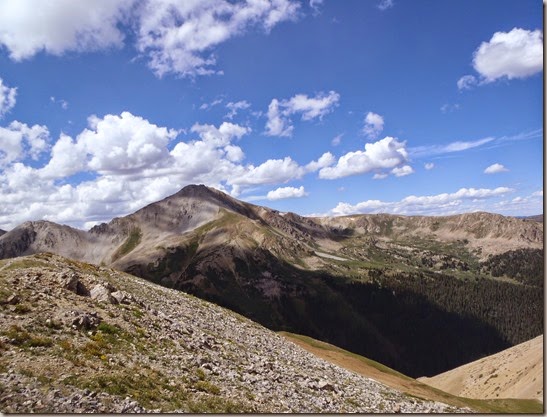 Check out the trail across the spine of this ridge. Not this guy on a DR. 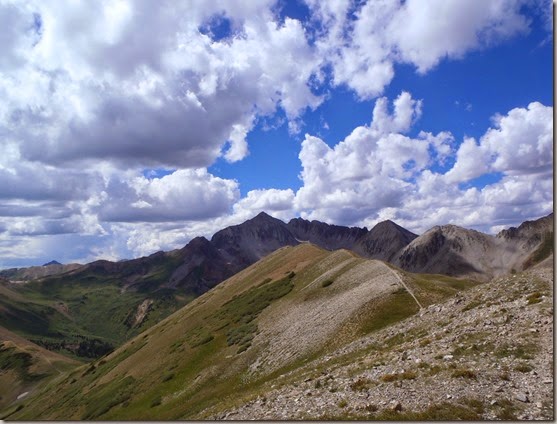 The ride down was a bit sketchy. I had to use my best braking skills. The ground was dry and was topped with gravel and did I say steep? I made it back down and all was goo for the ride back to my camp. I found out later that I missed a turn about half way up the last pitch that would have taken me over to the upper Taylor Valley. Oh, Well it was still a fun day.

Next we go spend a day in the town of Crested Butte. Tag along if you want.