Ride to the Alpine Tunnel - 2 Up

Kim and I decided to take a ride up to the Alpine Tunnel. I warned her that the road was narrow and steep with a large drop off. She was game so we geared up and headed out. The ride up was really pretty. 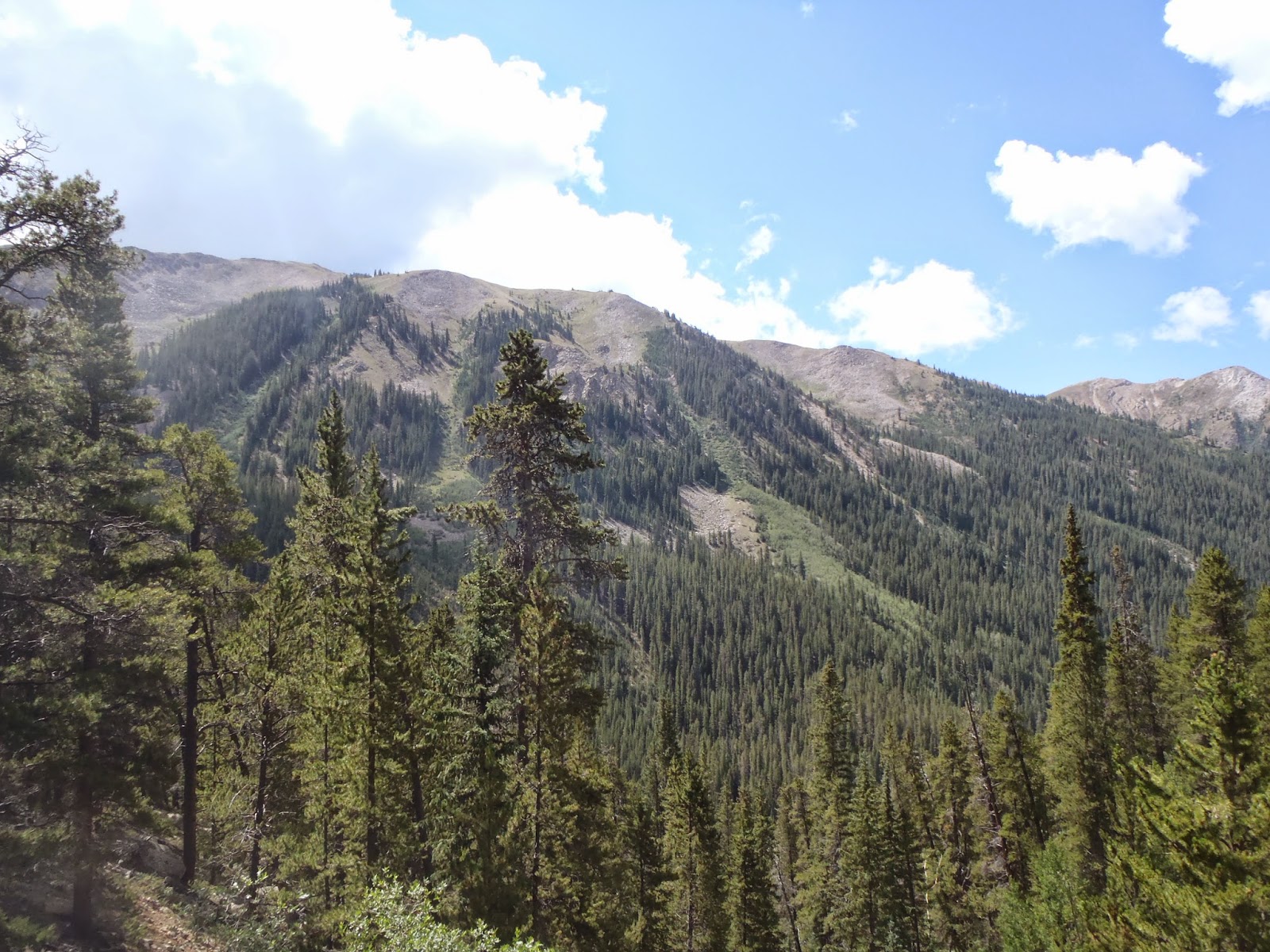 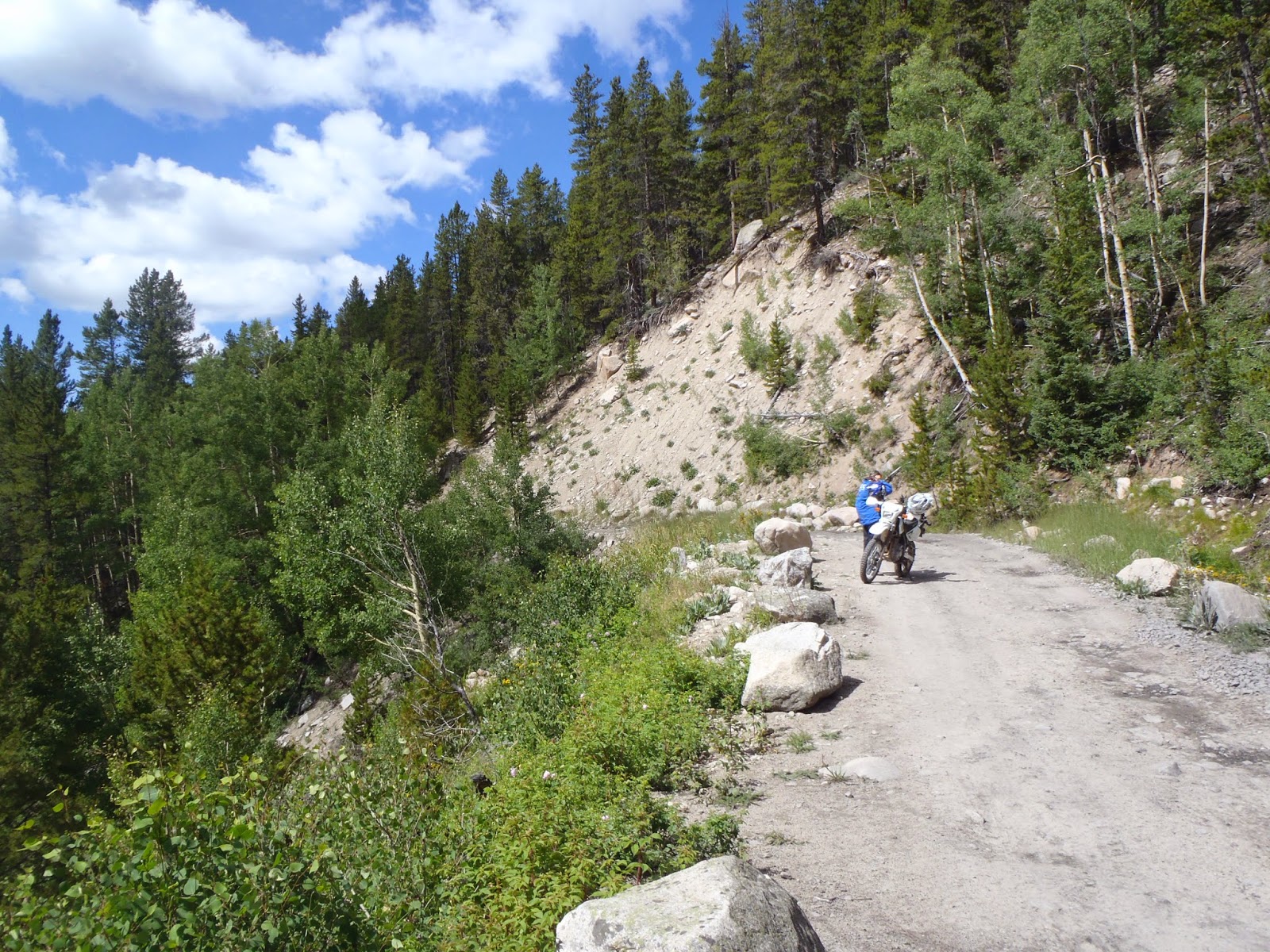 Kim had to take some flower pictures: 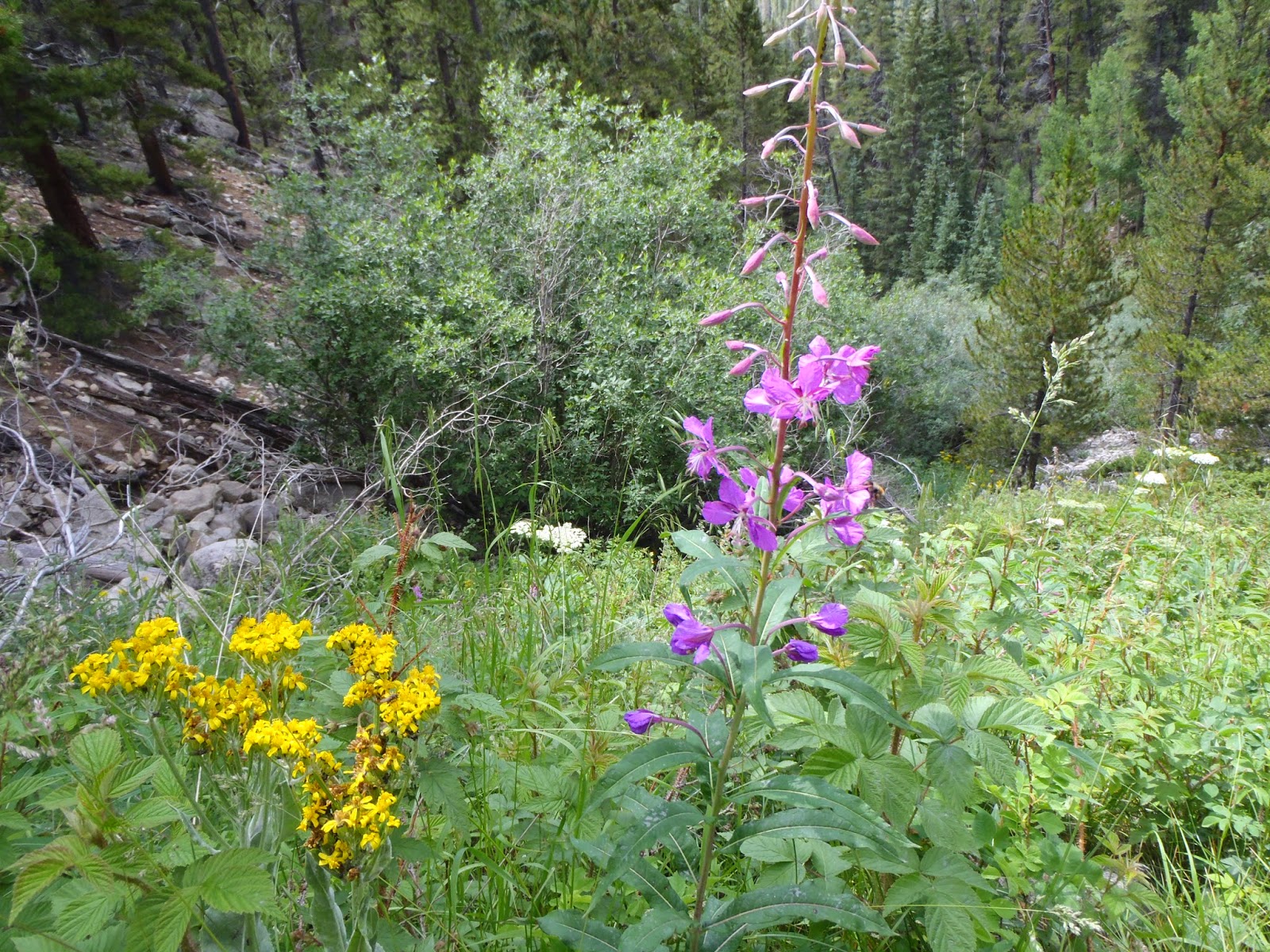 The alpine tunnel is at about 11,500 ft., we are approaching tree line. 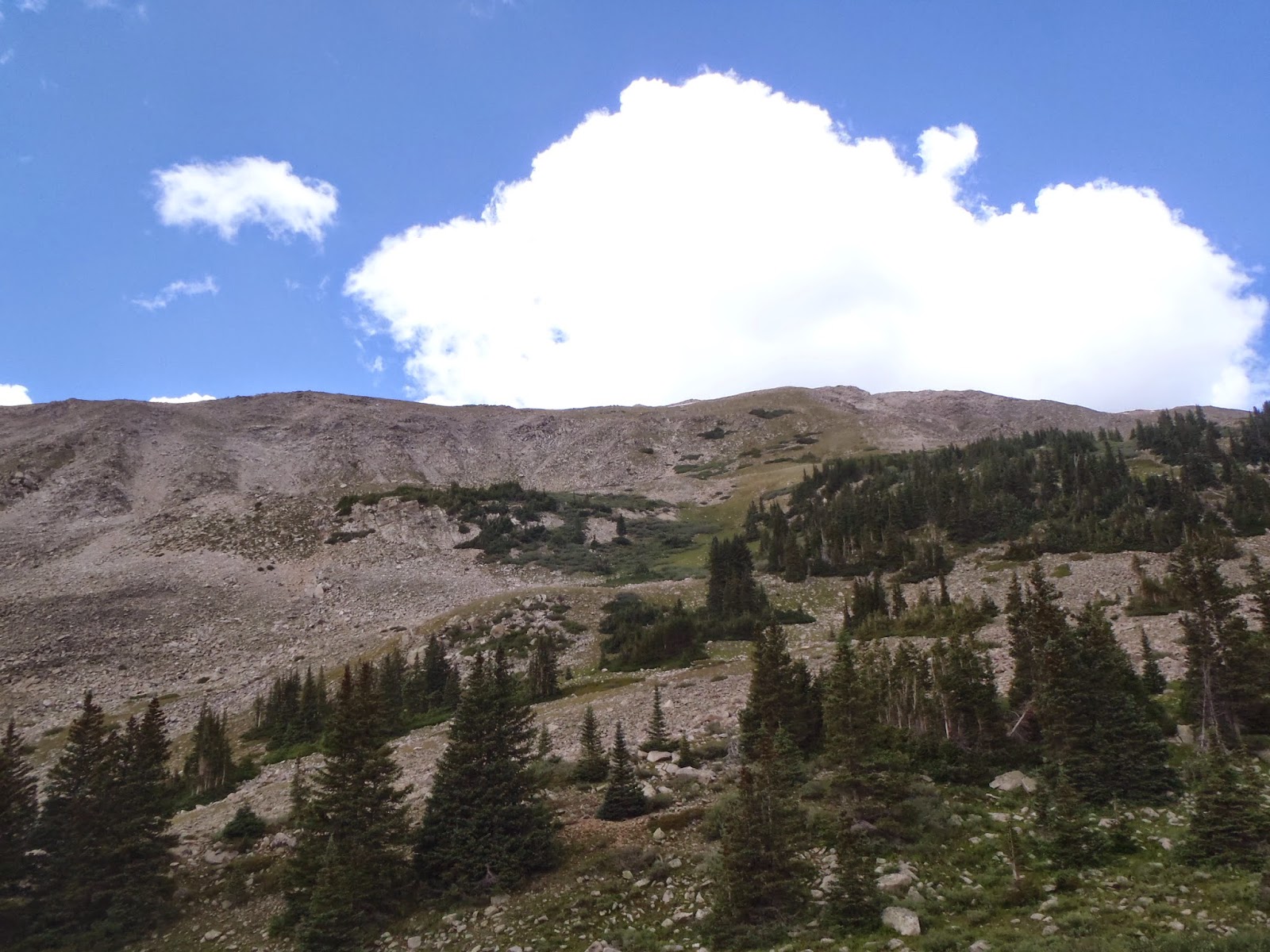 Here is a structure that they built to show the size of the tunnel. 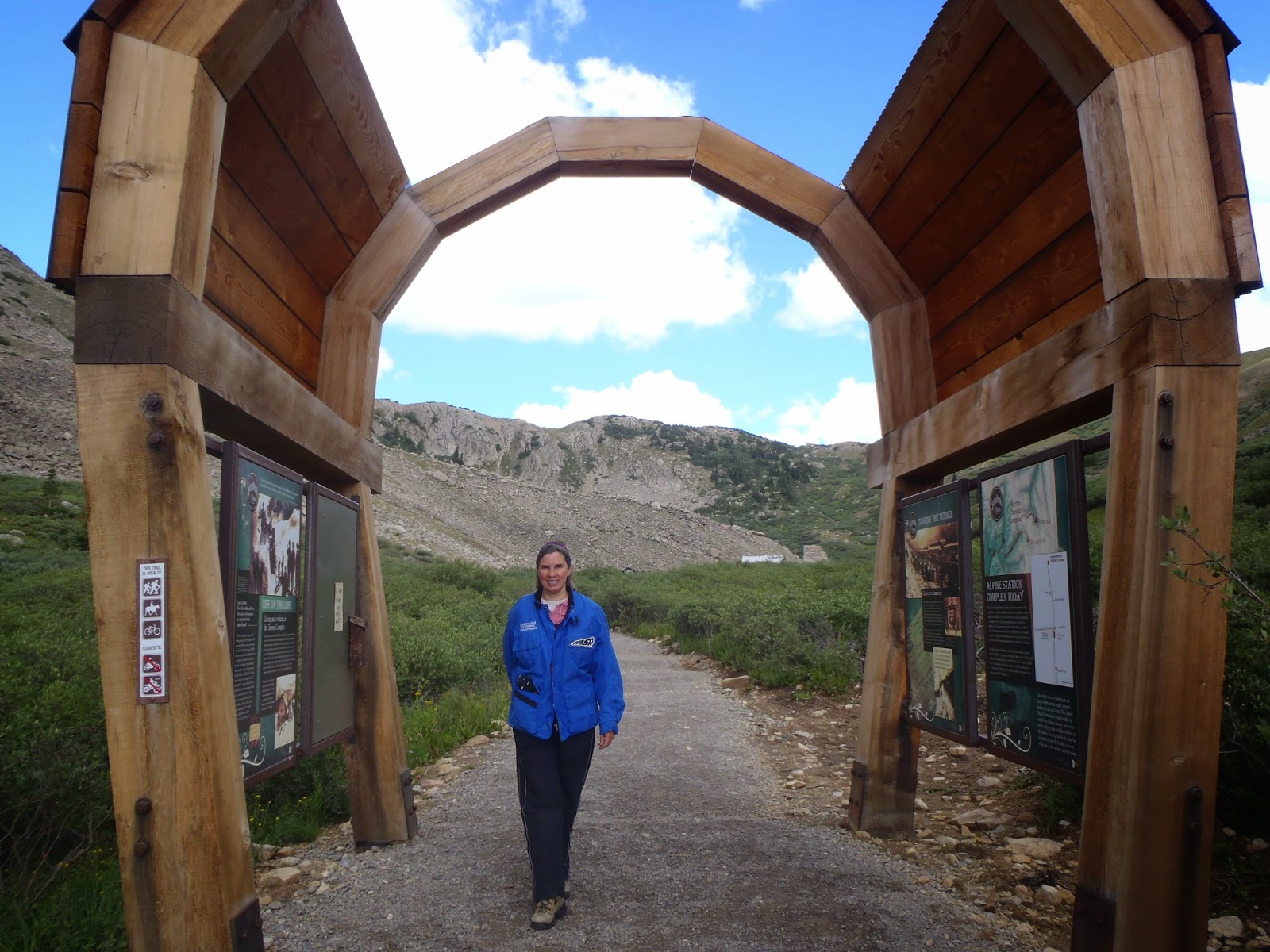 Here are some period buildings that were restored by the Mile High Jeep Club: 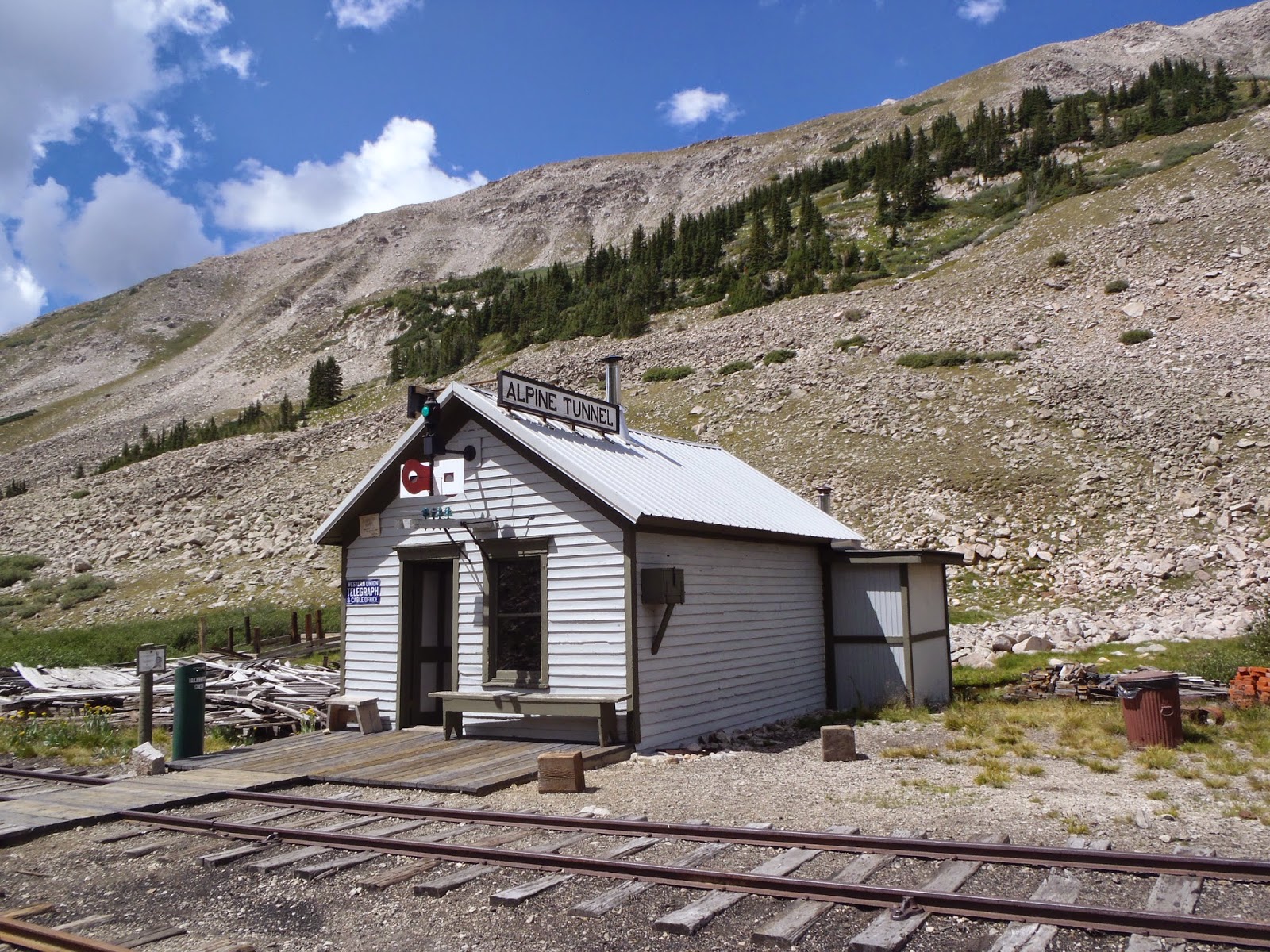 The tunnel is closed off, so there is not much to see, but much of the original foundations are there for the engine house and boarding house. the tunnel was built in the 1870's and was the fast way to Buena Vista and on to Denver for Ore and other things. In the early 20 century it was used as a tourist adventure. It took two days to reach Gunnison from Denver. Many times the passengers would have to get out and help clear the tracks from snow or rock slides. The road we were riding was the original rail bed. 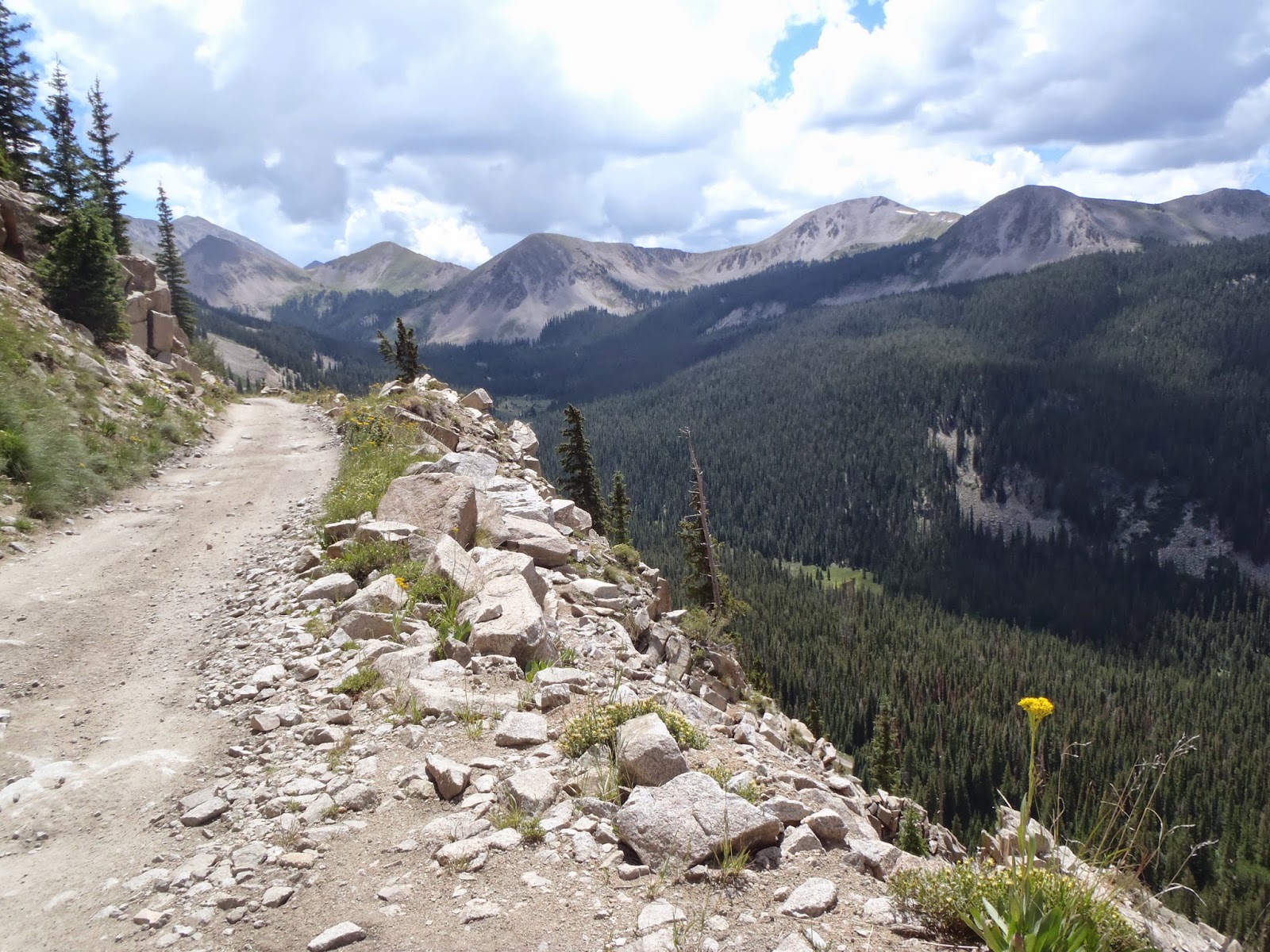 The views were amazing. 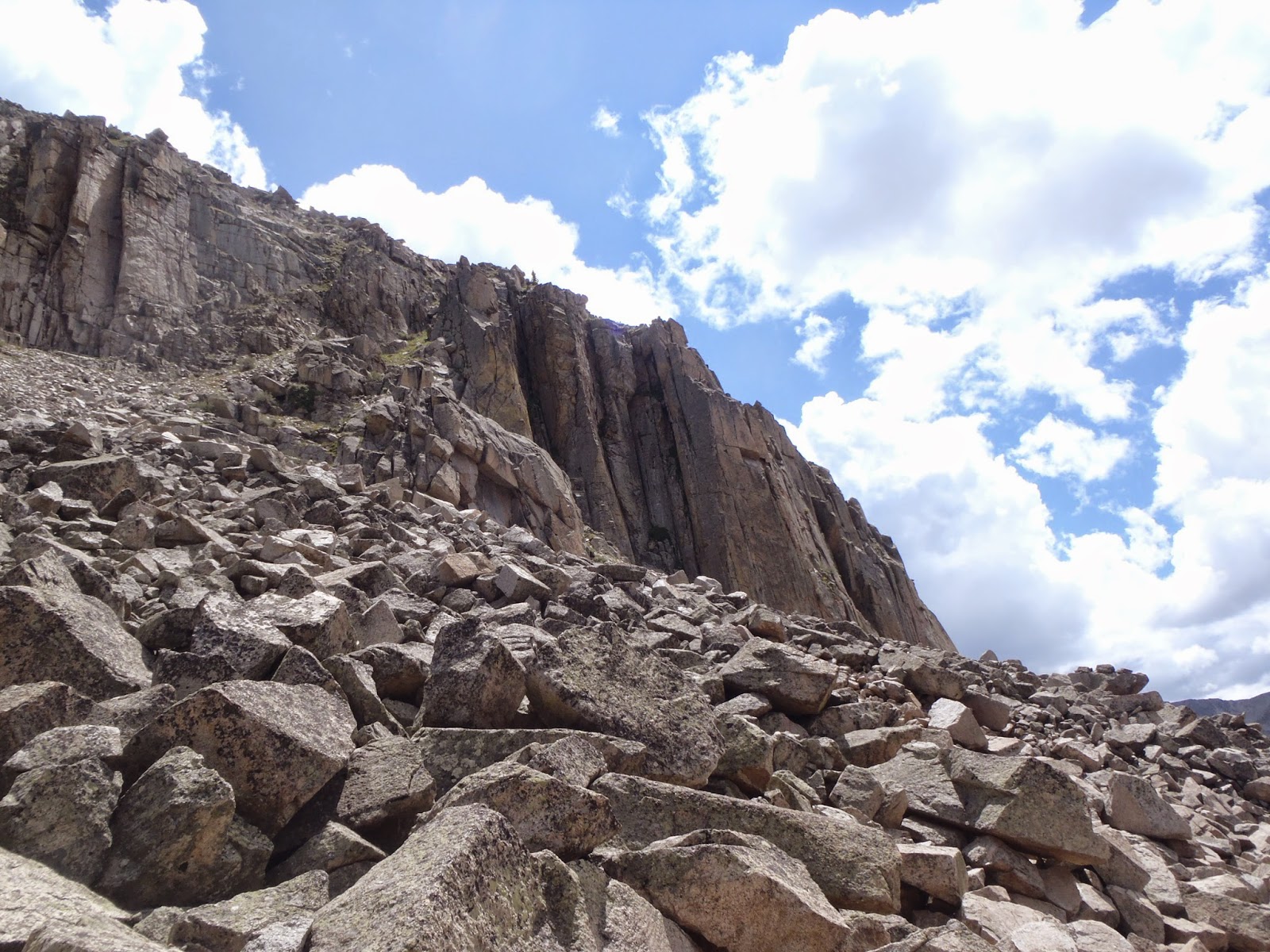 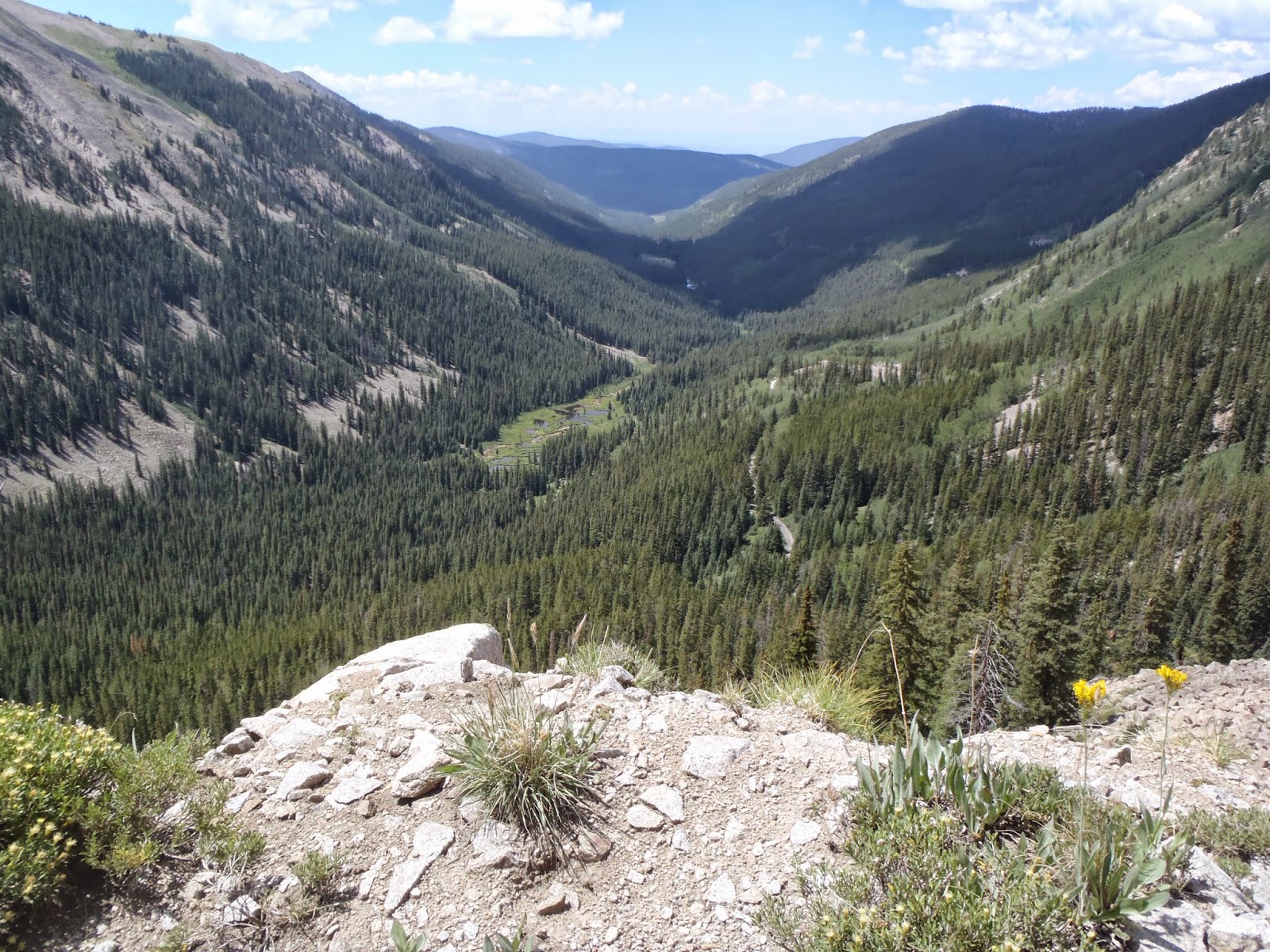 After the 25 mile bumpy ride, Kim was done, so I took off on my own adventure to see the area around the Fairview mine. This is the location that some good friends of ours got engaged back in 2002. 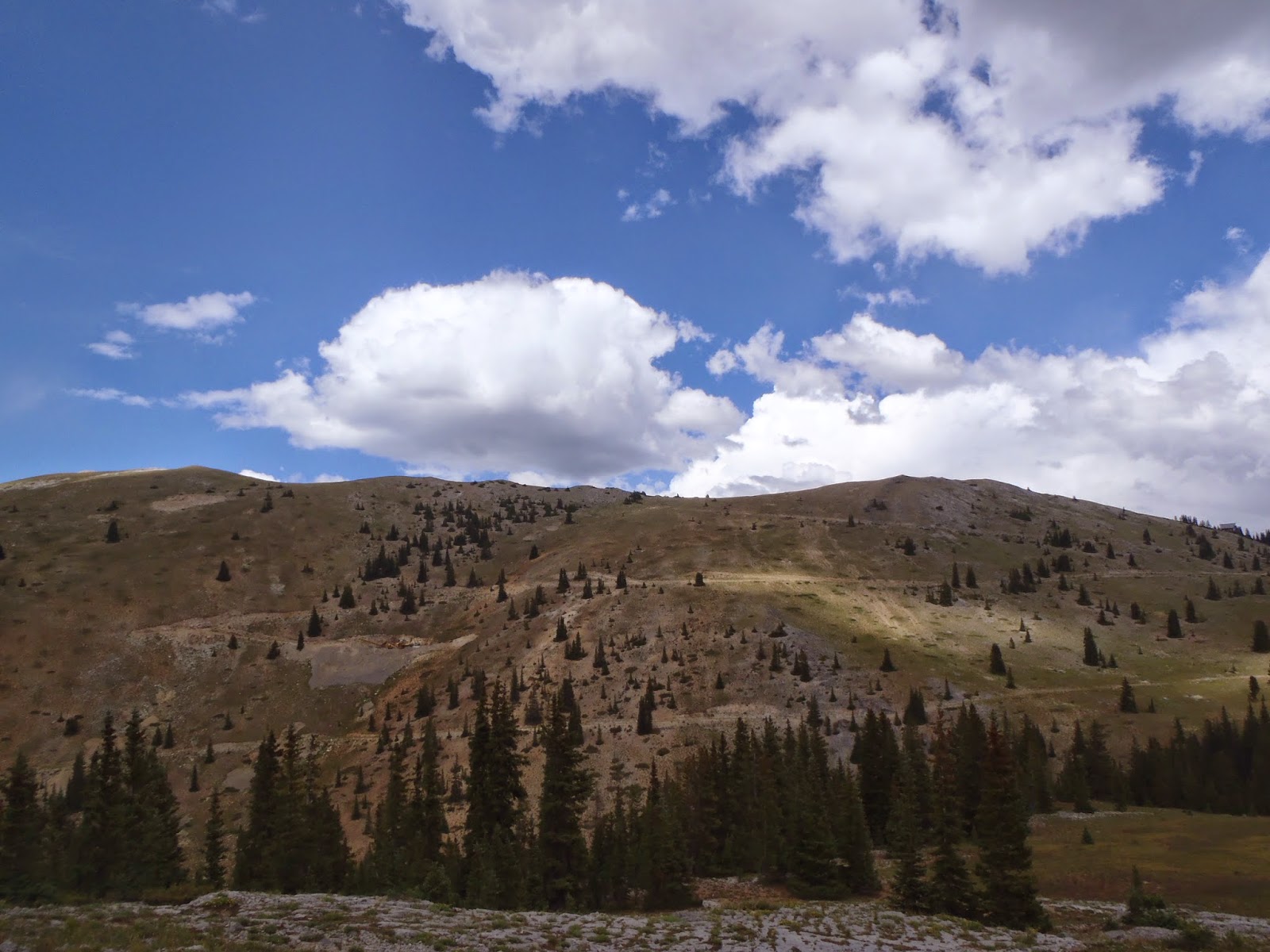 I also had some nice views of the Fossil Ridge Wilderness. 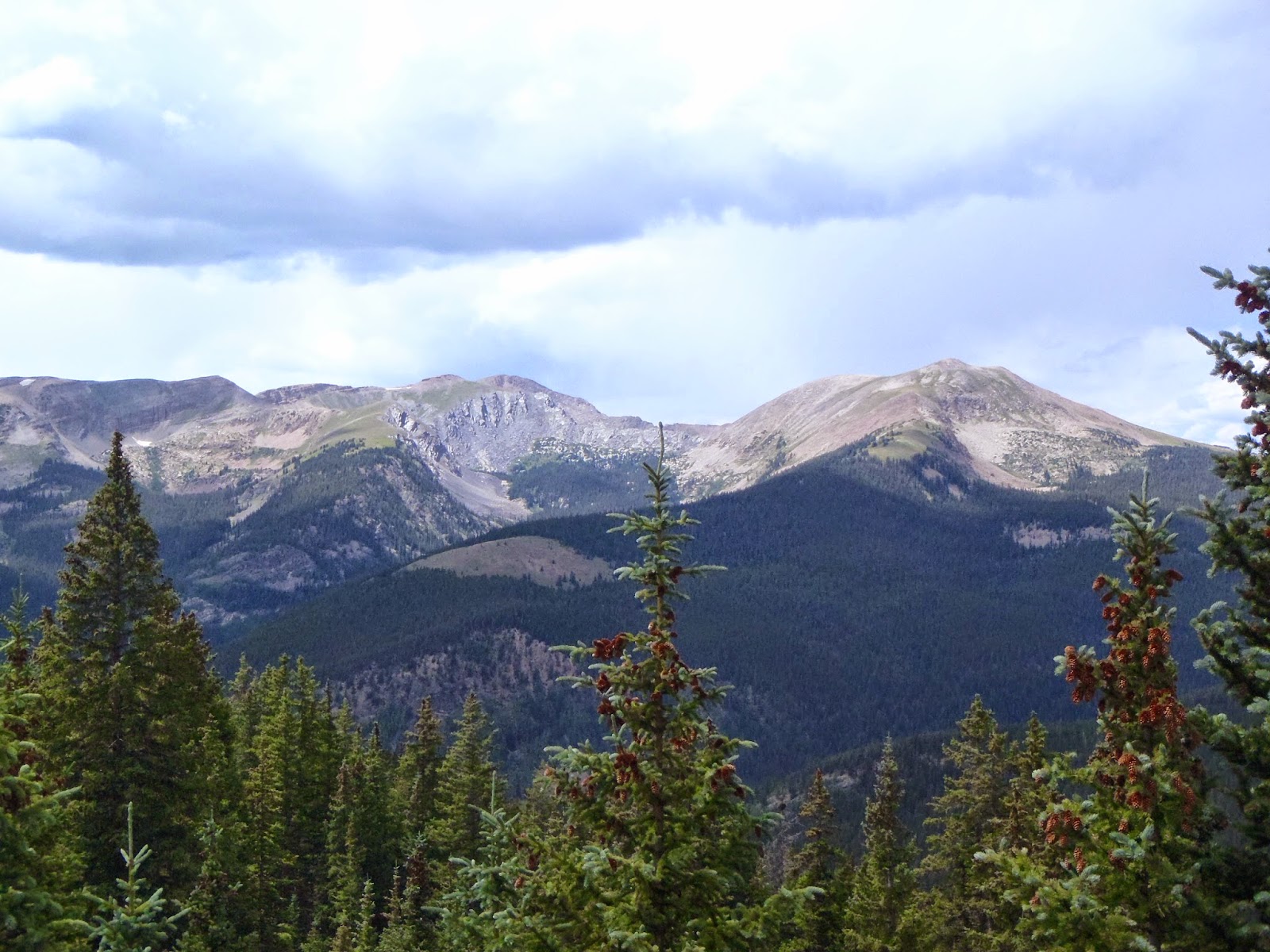 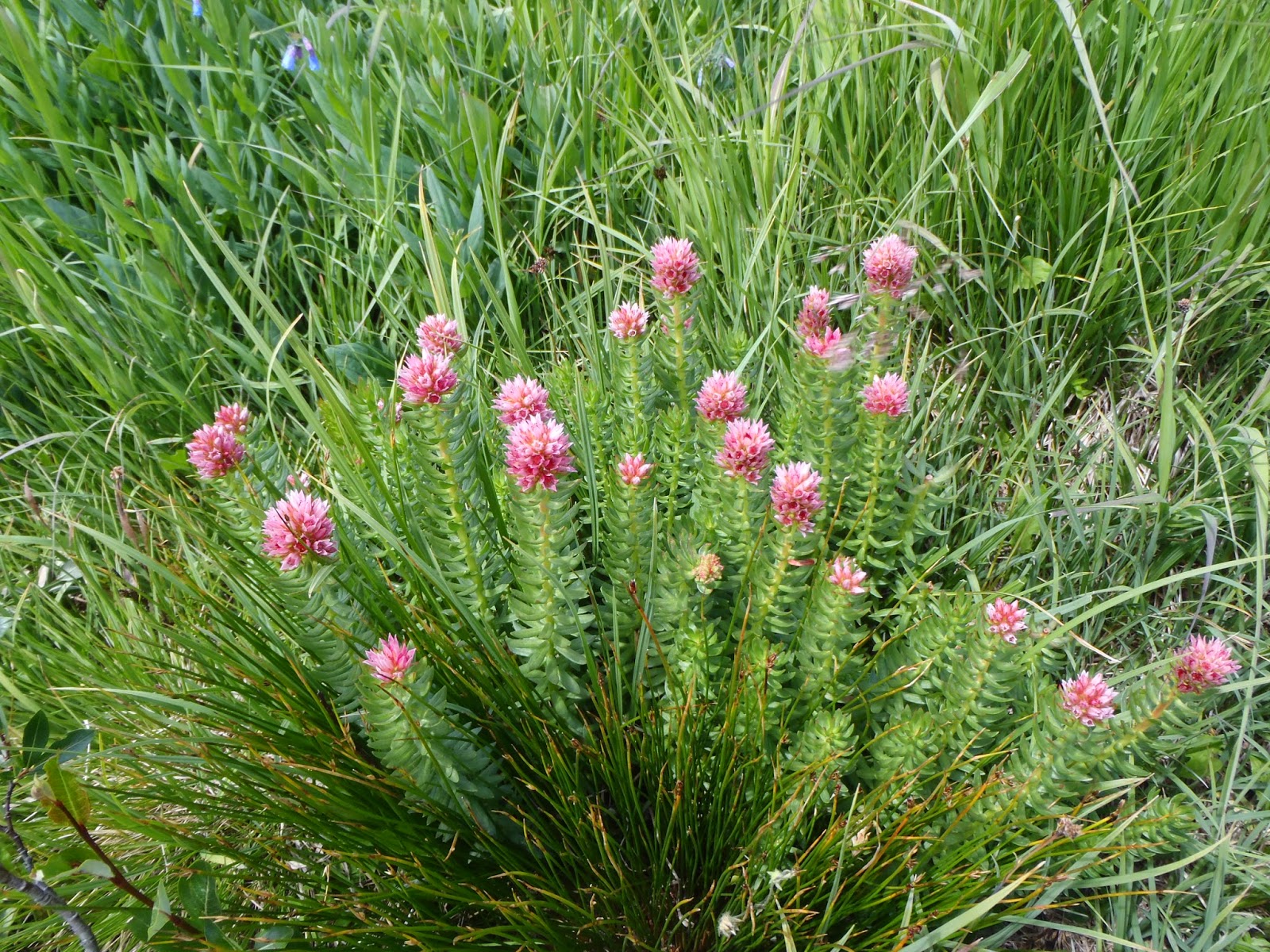 There is nothing like touring the mountains on a motorcycle. you can cover so much ground and see such amazing vistas. I am glad we decided to bring the DR, so that we could do some riding together.

After 5 nights at Pitkin we decided to move over to the Almont area. Check back to see how that move went and what we find over there. I am hoping for lots of fish pictures and maybe a fish dinner.