As I said in my previous post, we have been very surprised with the beauty of Kansas. That continued when we made the jump to western Kansas. We left Fall river on Wednesday and drove a little over 300 miles. We took all state highways and avoided Wichita. We stopped in Great Bend and went to the city park and had lunch and then took a walk. There was a military memorial in the park and had a nice track mounted artillery piece. 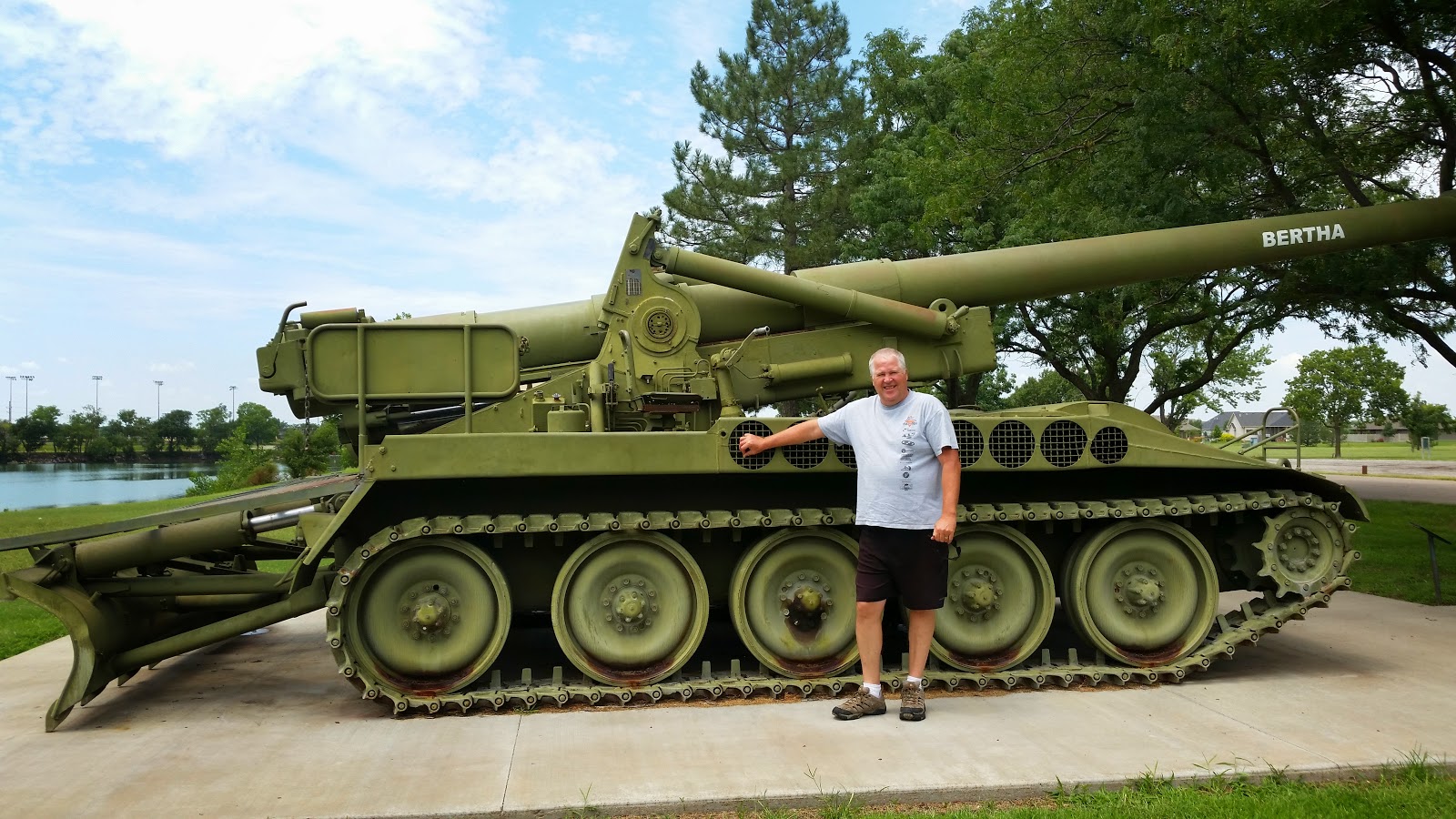 We then moved on to Scott State Park just north of Scott City. We drove through miles of cultivated fields of corn, milo and wheat. I was not expecting much and then we dropped down into a canyon and found a beautiful little valley and lake. My pictures don't do it justice, but here are a few shots: 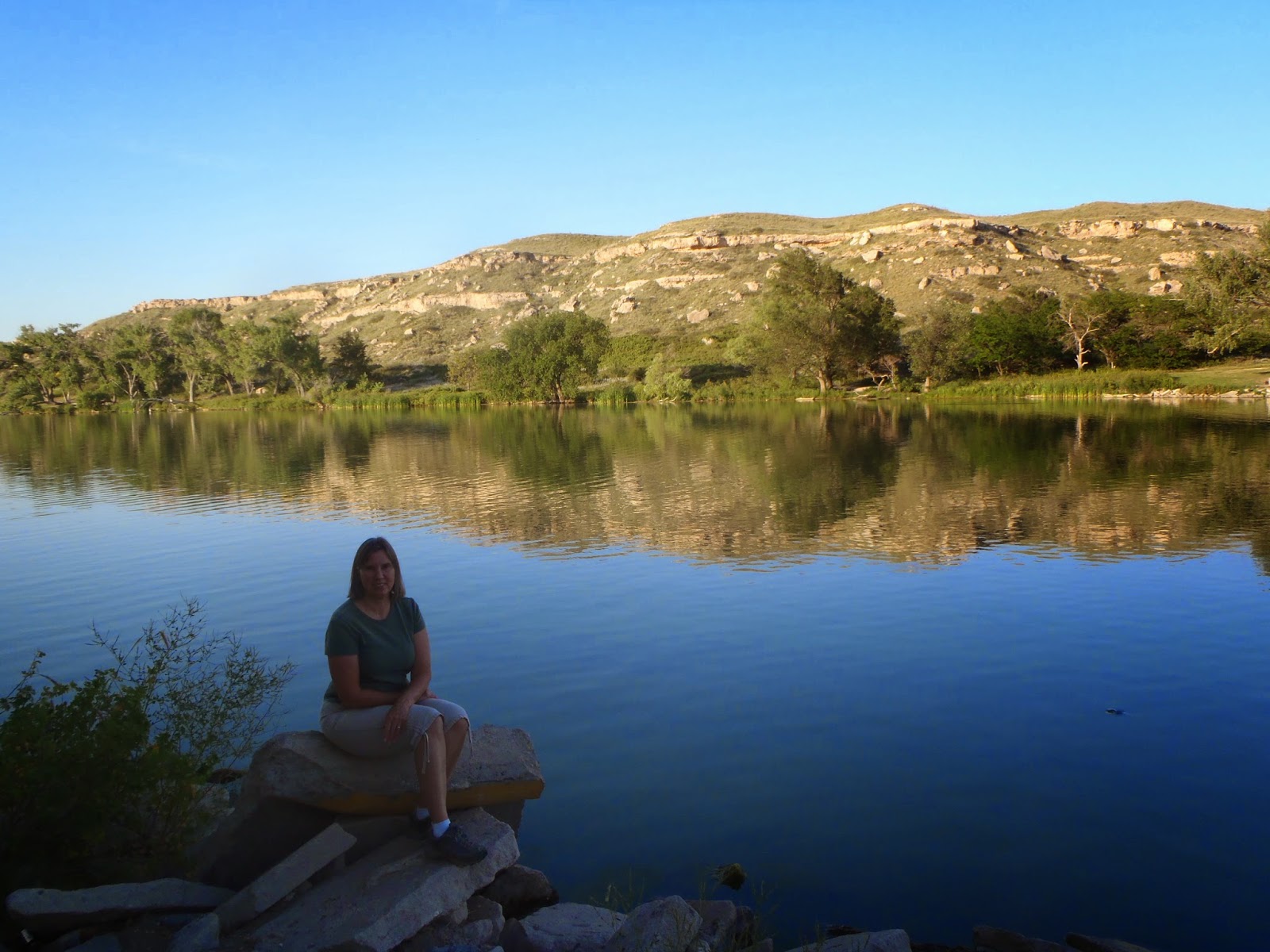 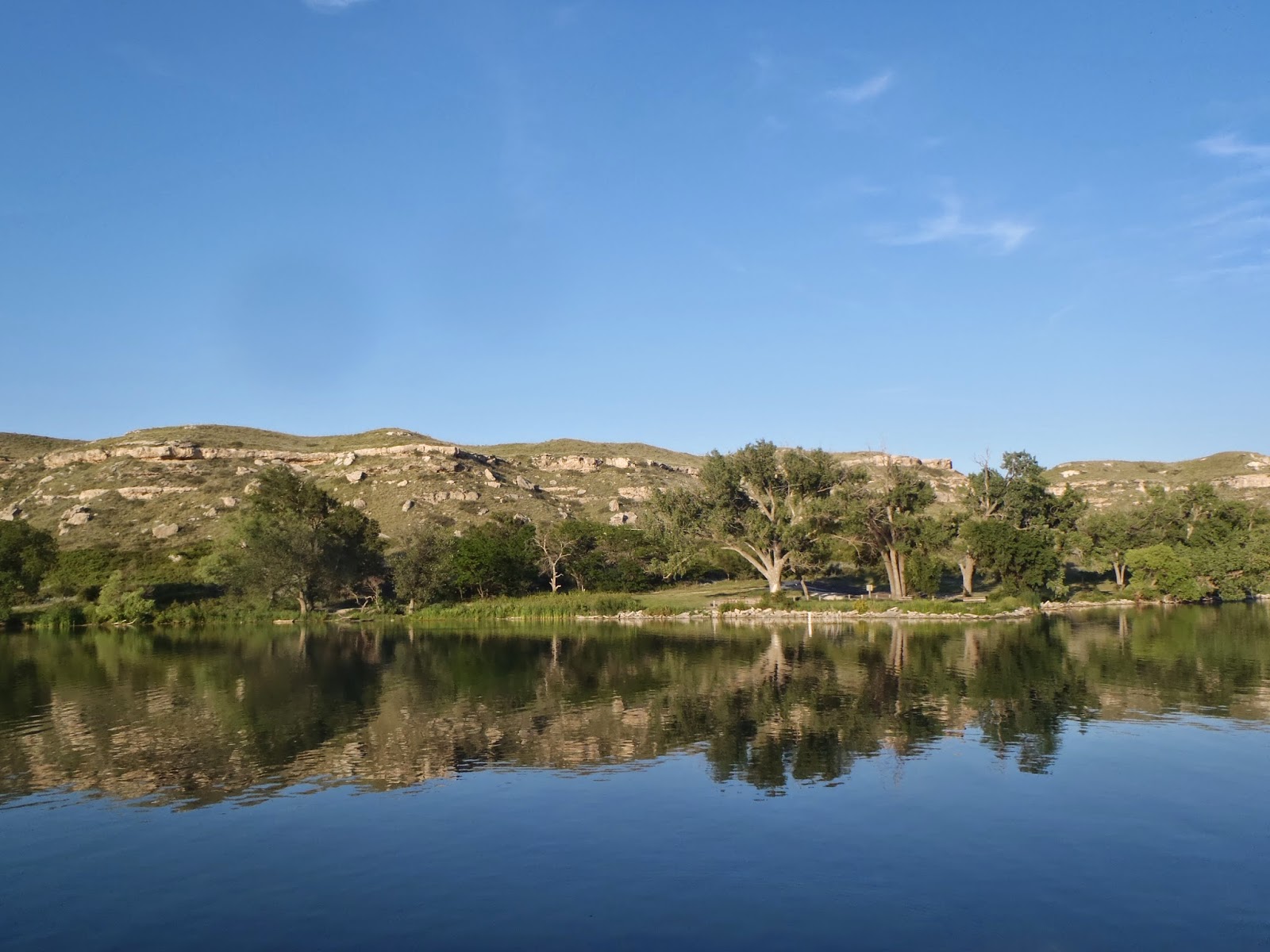 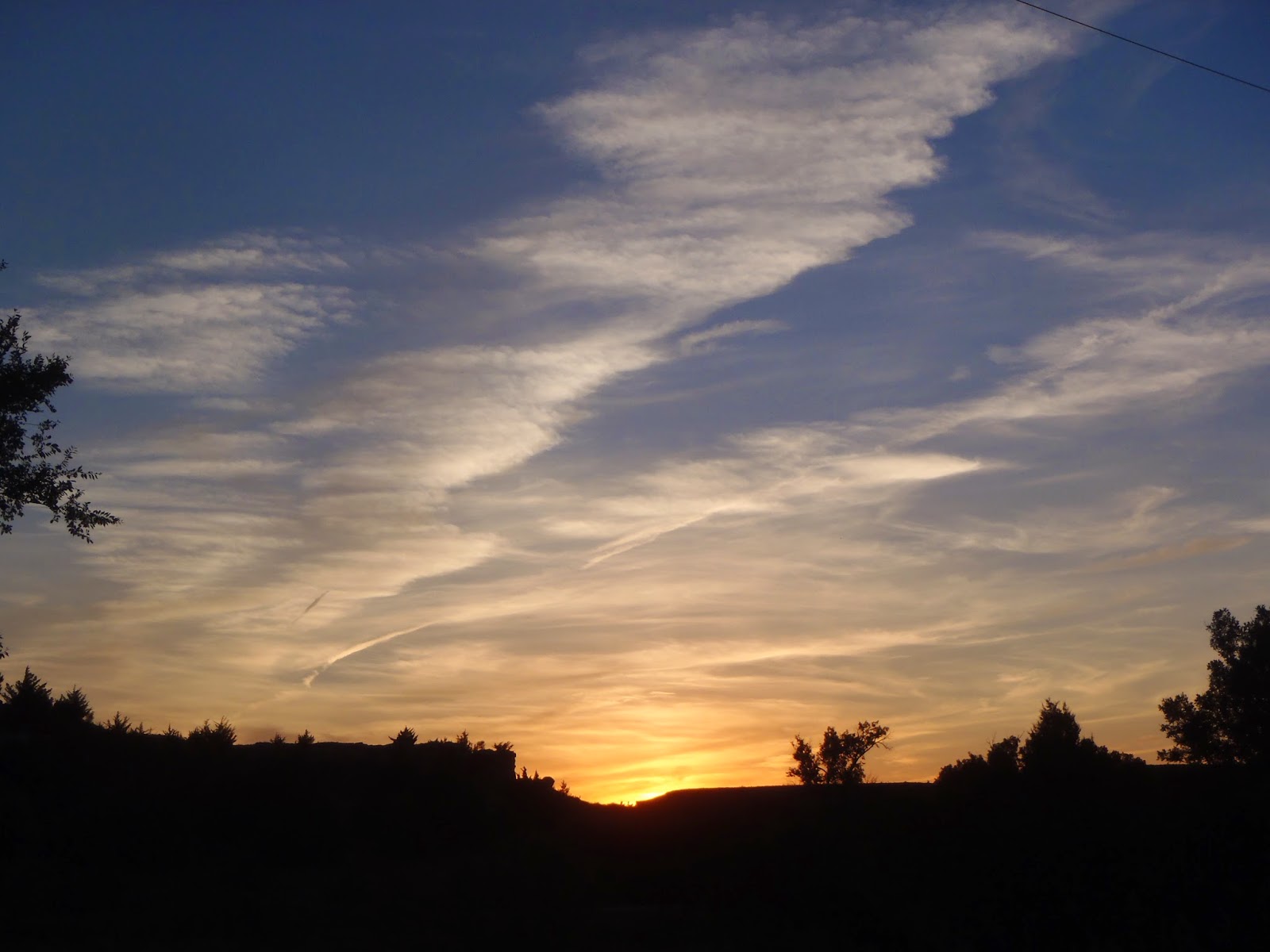 We got up On Friday morning and took a long walk in the park. We spent some time in the afternoon meeting and talking to our neighbor in the campground. Ron E. and his family were very helpful in telling us all about the area. What he didn't tell me is that he is a local celebrity. We then decided to take a canoe trip. I also purchased a one day fishing license. I did catch one crappie and here is the proof. 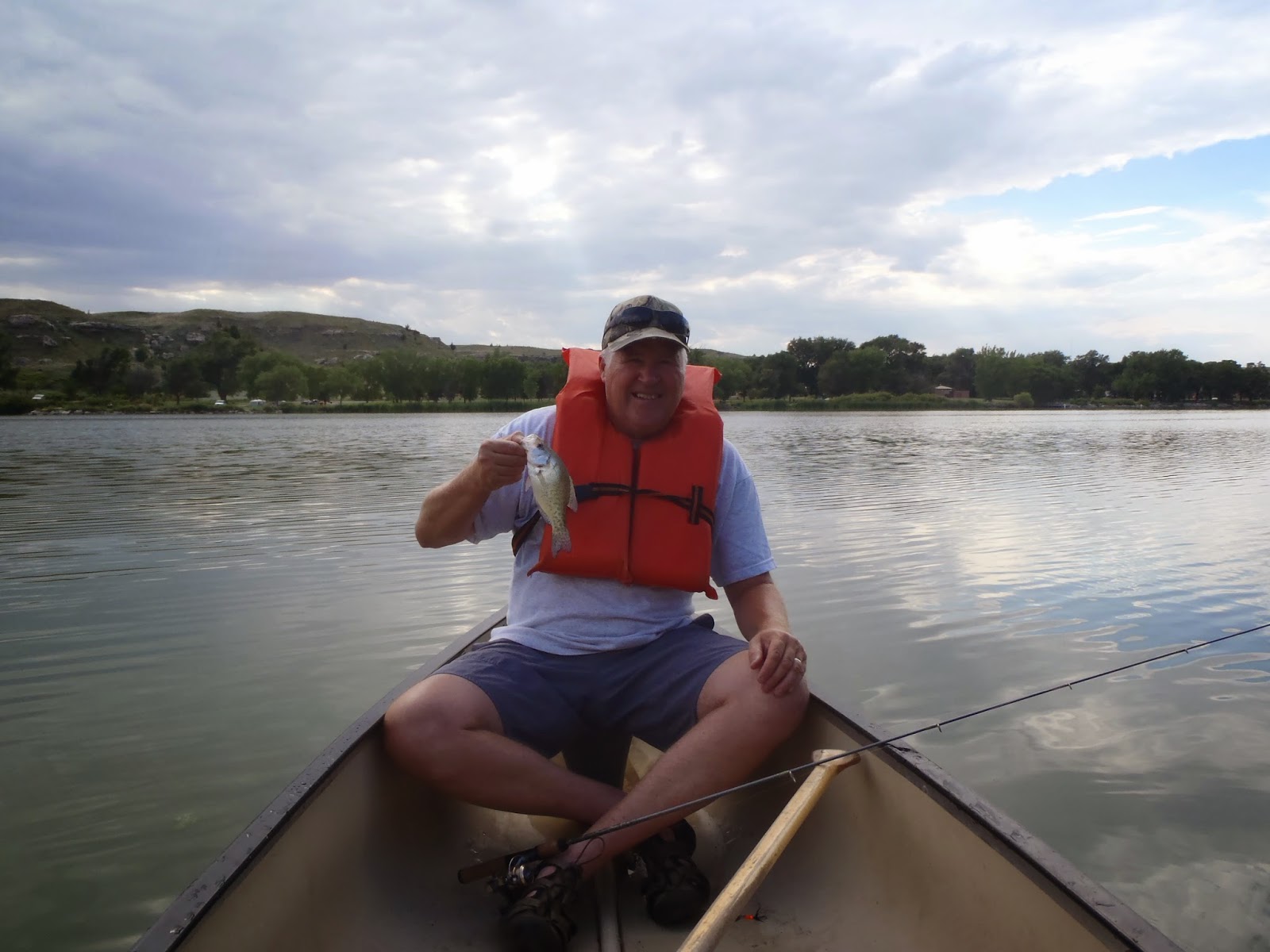 I got up on Saturday and went fishing in the morning. I had some good luck catching three fish including this nice large mouth bass. 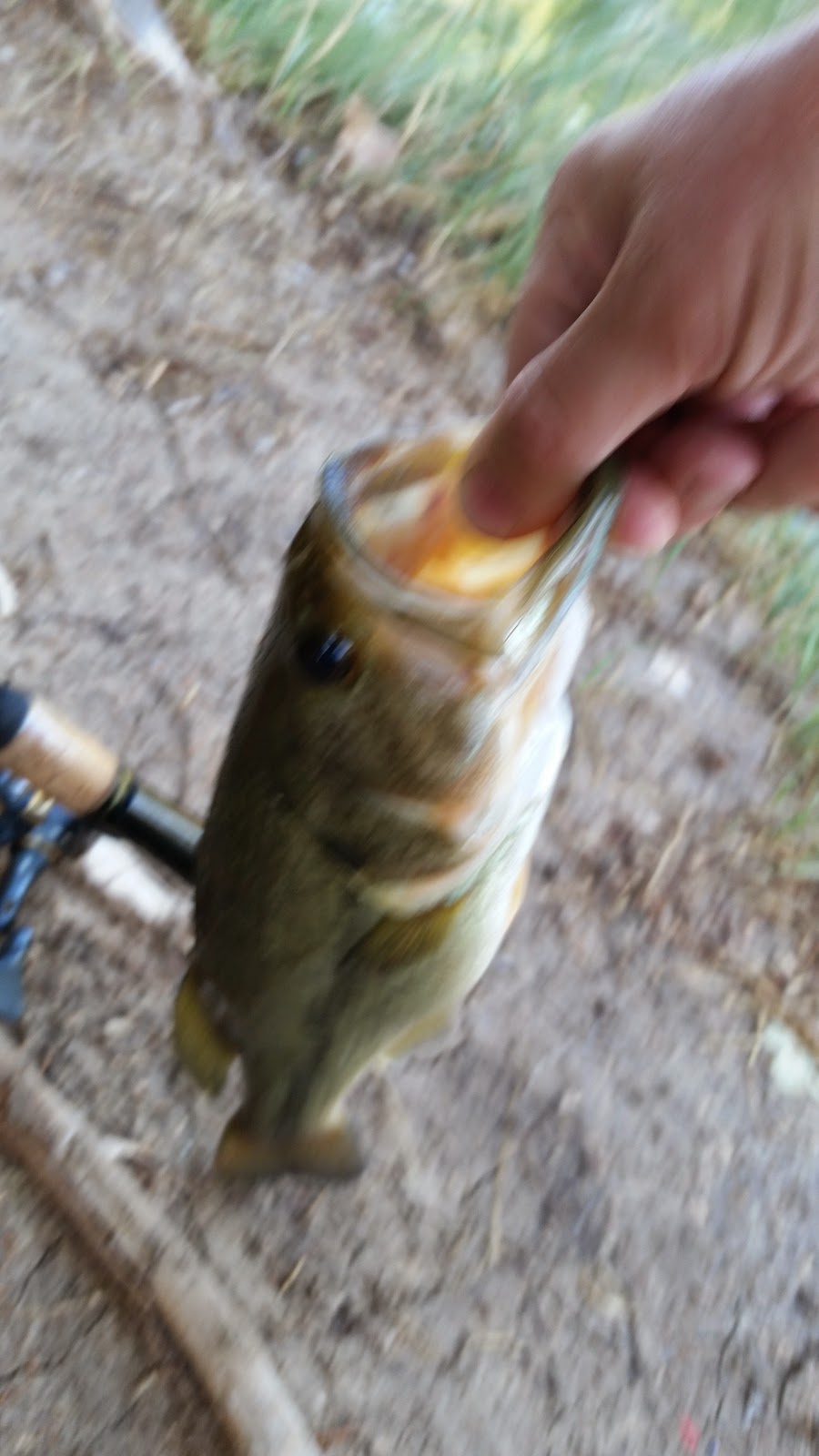 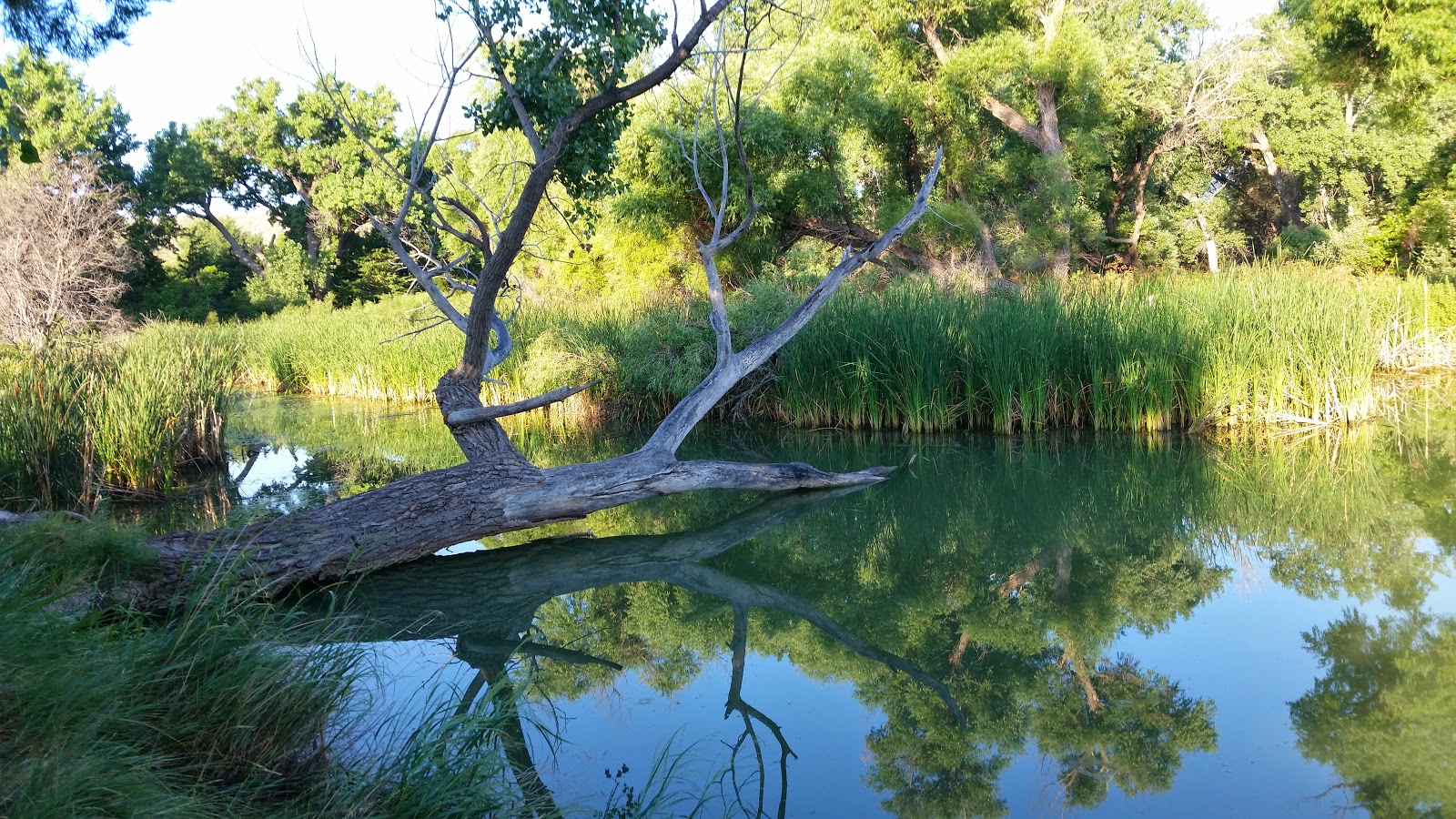 It was a beautiful morning and I just sat and enjoyed the morning for a while. Have I mentioned how much I like this State Park? 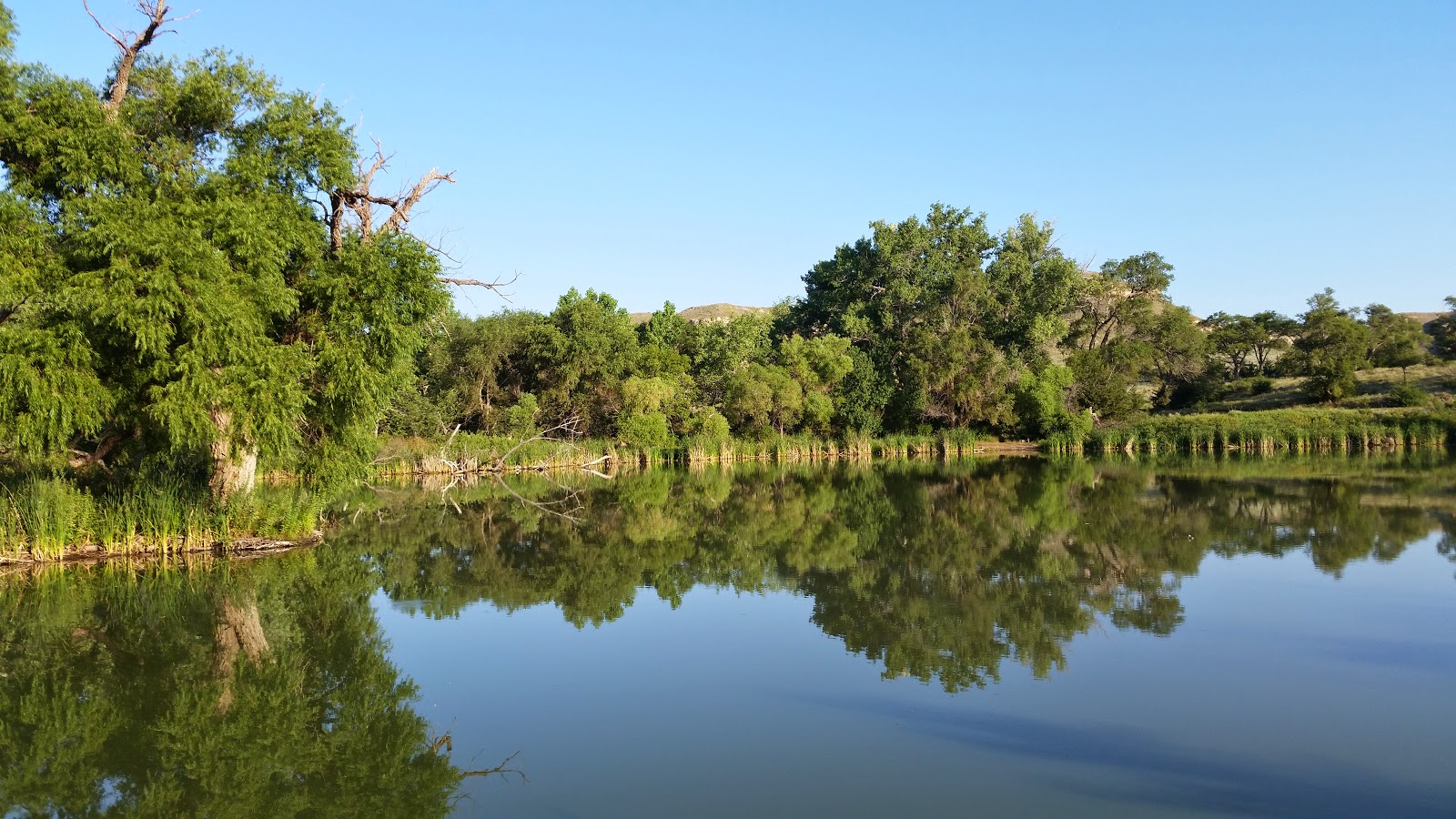 We then took off to find all of the important places around the area. Our first stop was at the battle site where the last Indian war battle in Kansas took place. It is one of the most untouched battle sites I have ever seen. This cave is where the Cheyenne hid their women and children while battle was taking place. 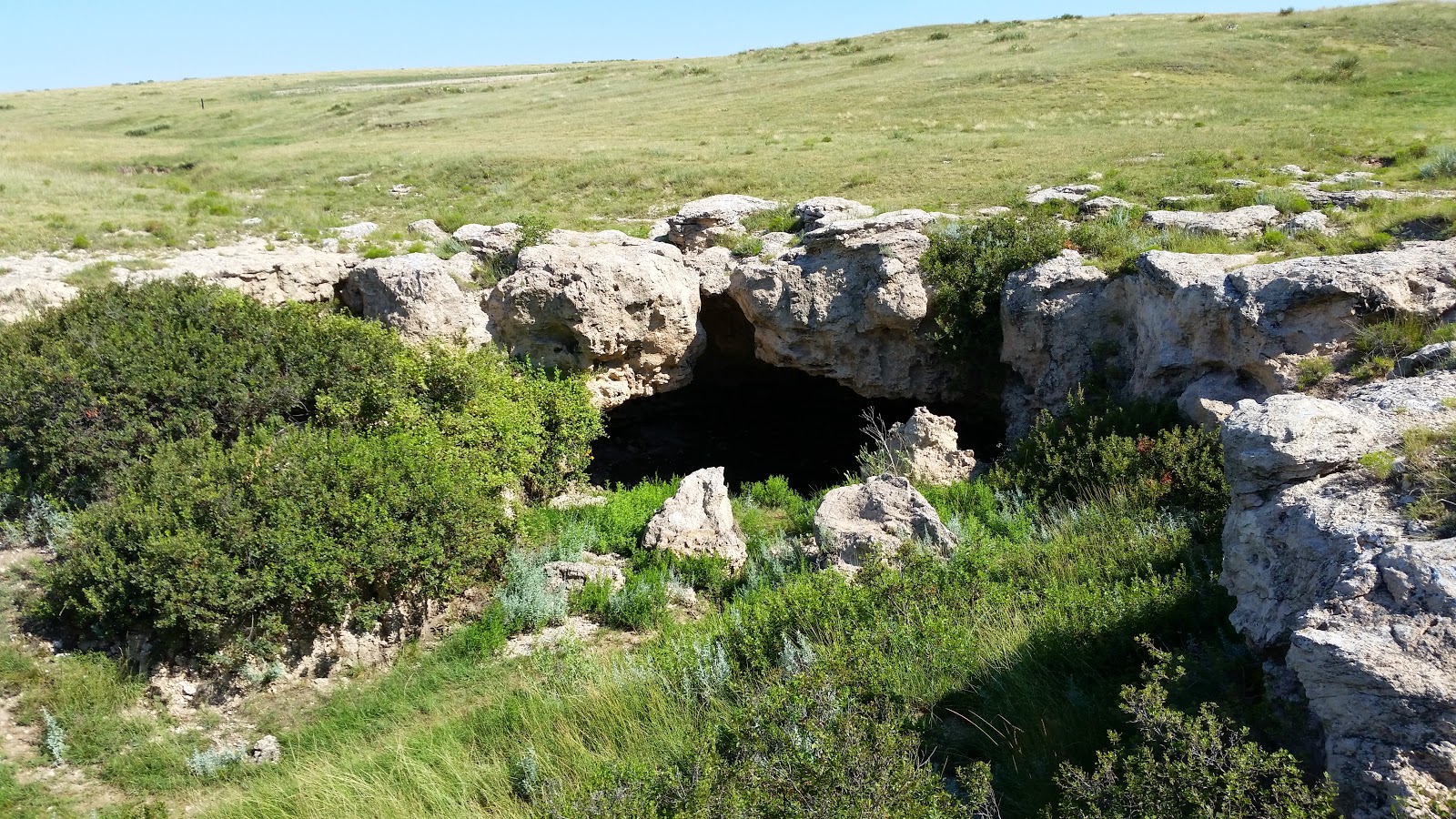 We then headed off to see Monument Rocks. We stopped along the way at the Keystone Gallery to see some very impressive fossils. I did not take any pictures of the gallery, but it is certainly worth the stop. We drove out a long dirt road through fields of corn and found something that really blew us away. These pictures really don't do it justice, but check them out. 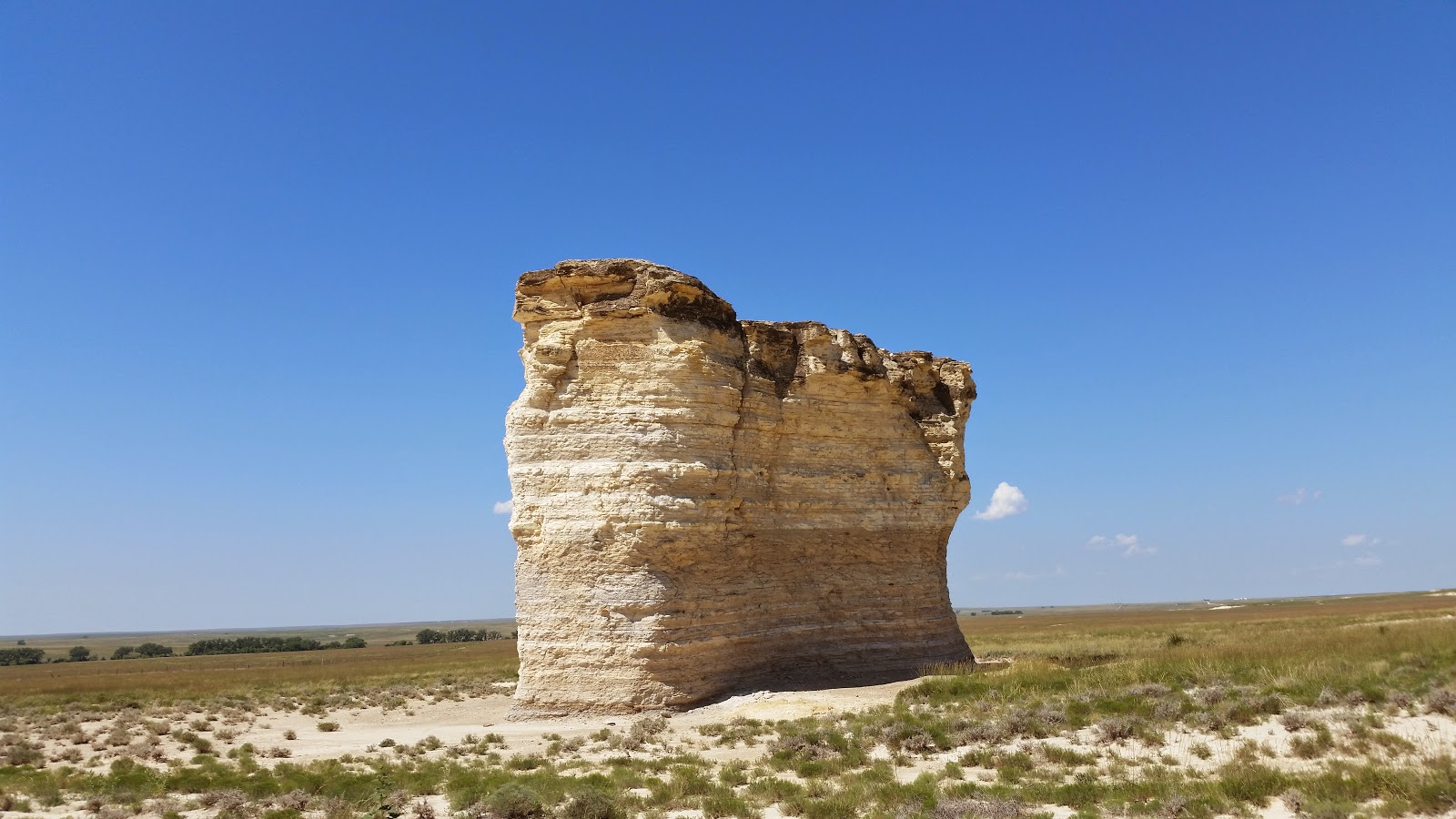 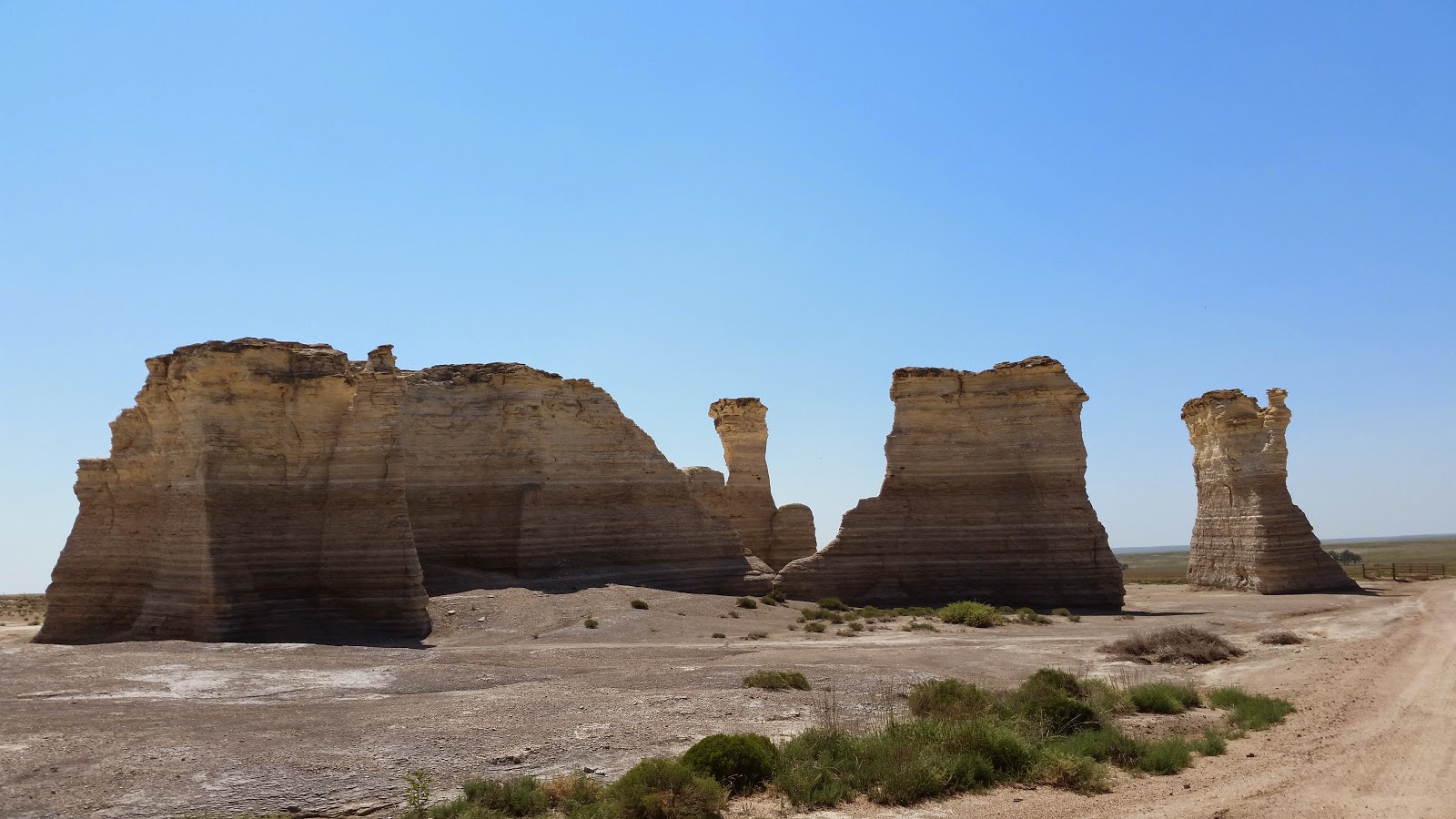 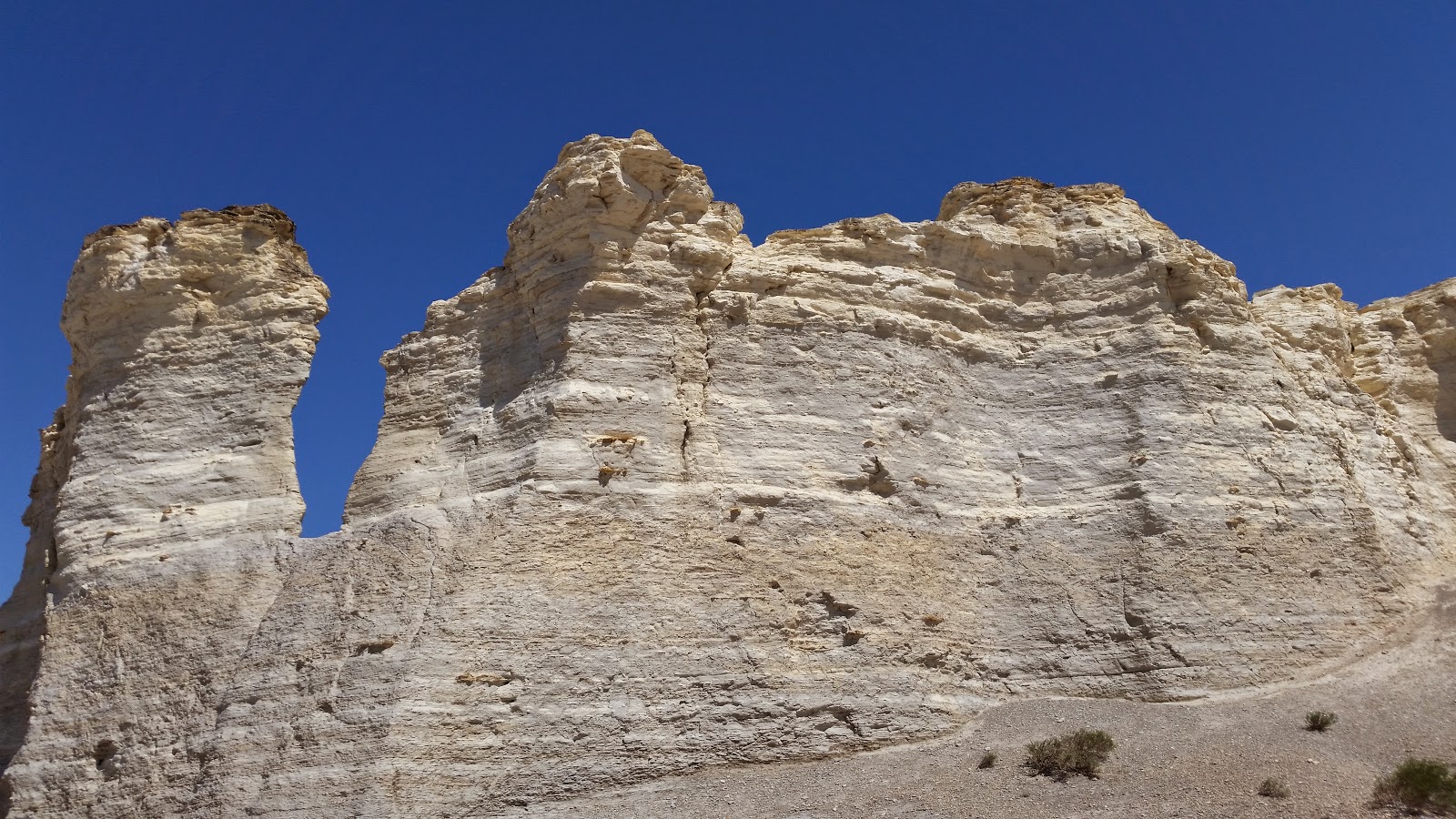 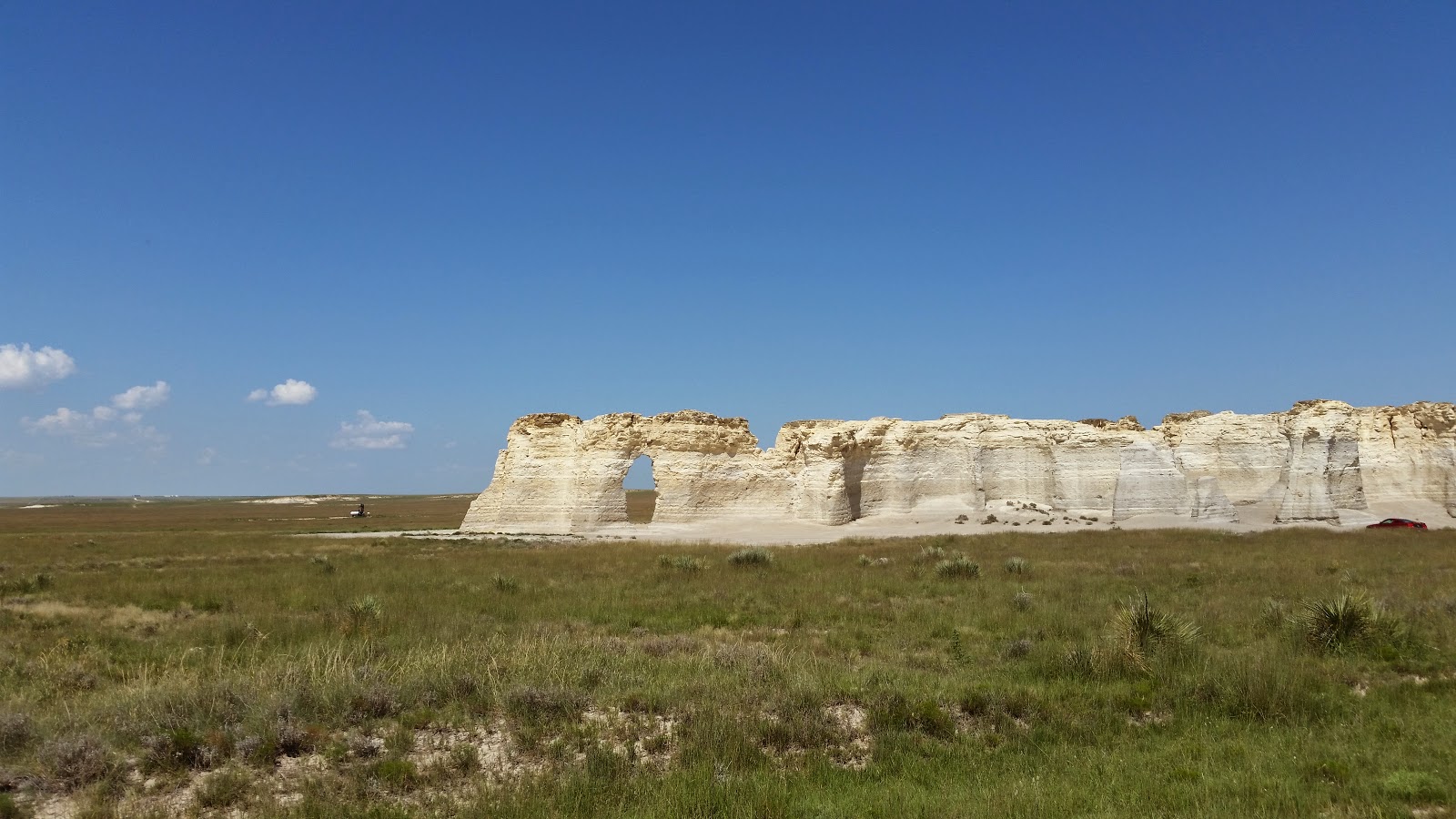 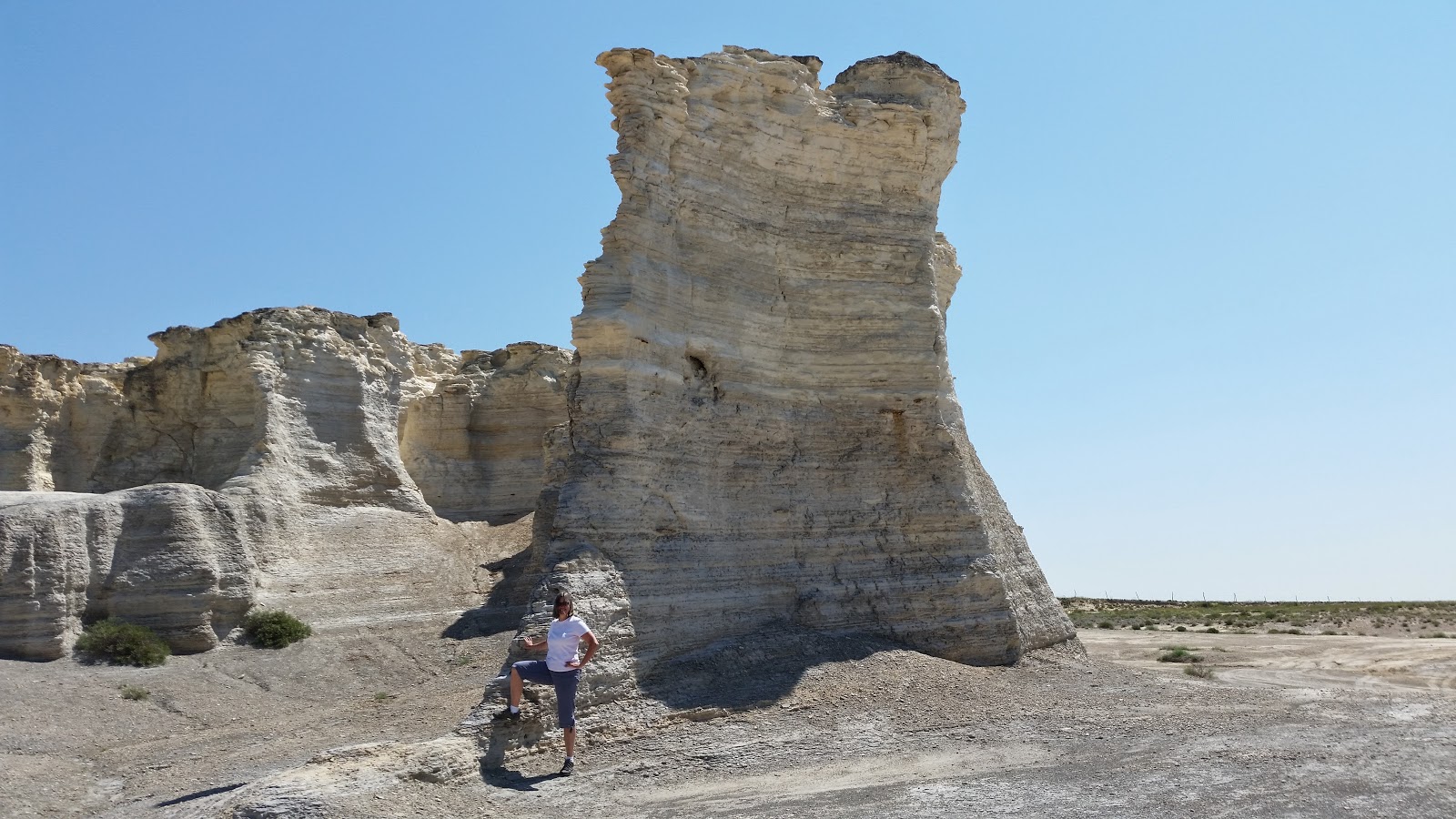 We found out later that these rocks are a very spiritual place the the Native Americans. I can only imagine what early settlers thought when they happened along these rocks. The Butterfield Stage line went right by here as indicated by this marker a few hundred yards  from the rocks. 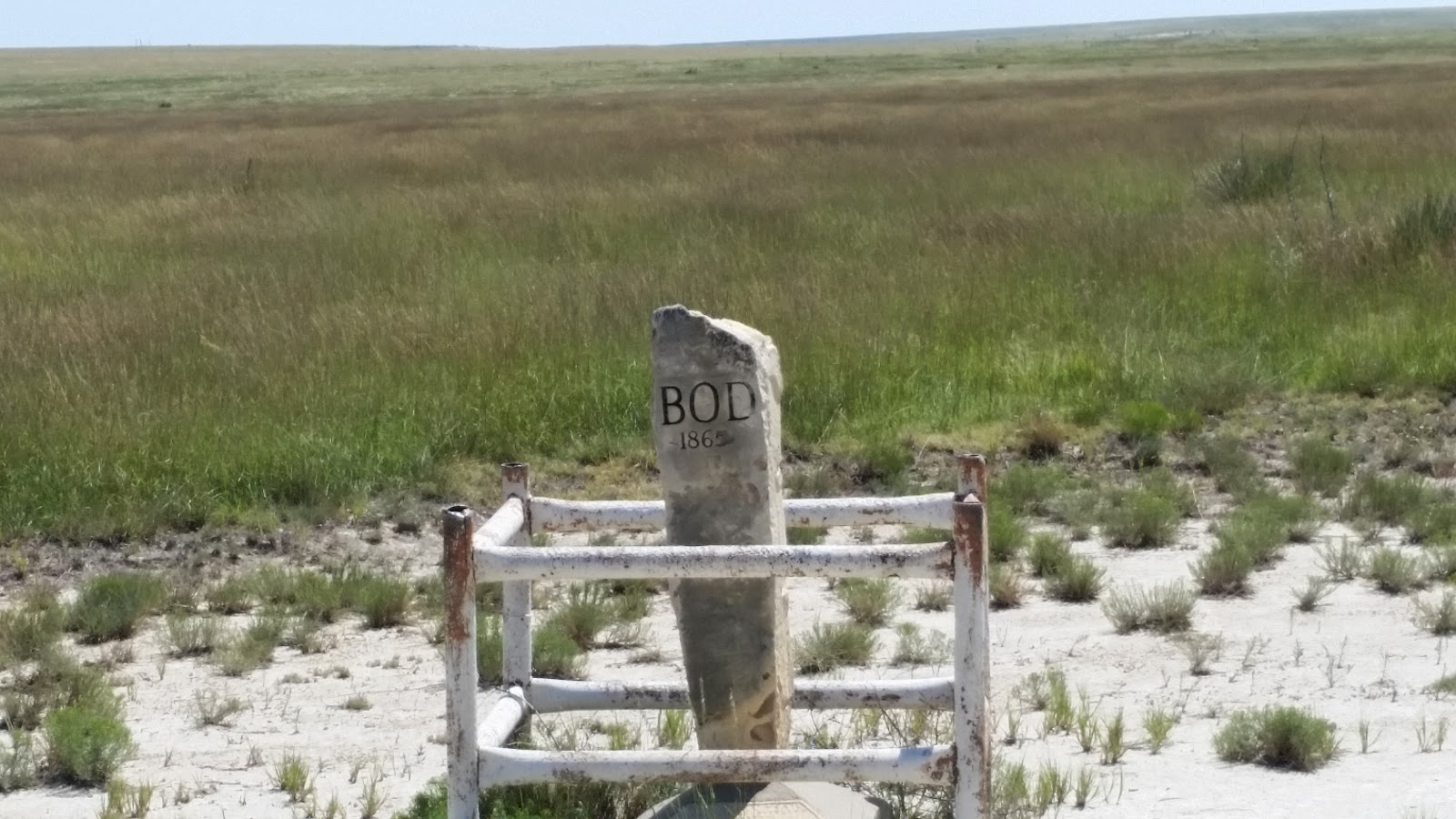 We then went back into Scott City and visited the El Quartelljo Museum and the Jerry Thomas Gallery. They are housed in the same building. The museum is very impressive with many artifacts from acient times up to more recent history of the area. The Jerry Thomas art collection was amazing! My favorites were of the Native Americans, they just blew me away. He also had an awesome antique gun collection that would impress even the top collector. I met a gentleman named Jerry S. He is a local school teacher and historian. He gave me a personal tour of the collection. What an awesome treat. He was instrumental in getting the battlefield designated and preserved. It was here where I saw a painting that was done when Jerry Thomas was 13. It was a gift to his uncle Ron, who is our neighbor at the State Park. It is so cool to meet people like that. Scott City will always have a warm place in my heart. 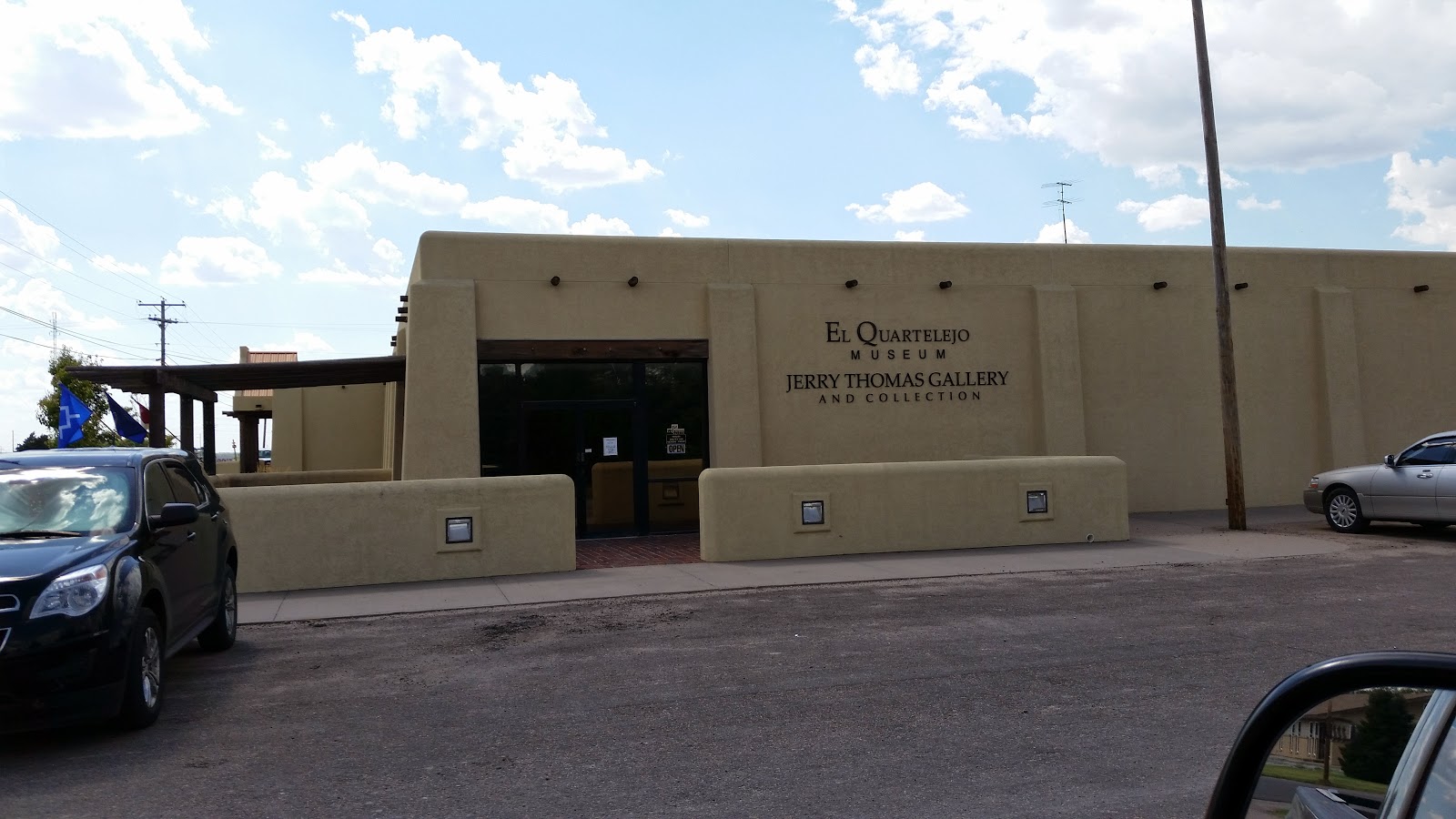 We then went back and I grilled some dinner. While I was cooking I looked at my tires on the trailer. I noticed one was wearing a bit strange. I decided to rather be safe than sorry and changed it right there in the site with Kim's help. We really are a good team.

We made the drive to Denver and got set up in the Bear Creek Lake Park. We will be here a few days to visit my parents and brother and we have a few other plans. It feels great to be back in sight of the mountains and feel the cool dry evening air.