We are still at Goose Island SP near Rockport, Texas. We have fallen into a daily routine of hanging out at the camp site all day, then having a good dinner and then I go fishing in the evening down at the pier. I have been getting in a good bike ride each day, so at least I am getting some exercise. We have met a number of folks here and that has really made it fun. The fishing is good, but the conversations are better.

The last two evenings some dolphins have been hanging around the lights that shine in the water by the pier. At first, they were staying about 50 yards out, but lately they have been coming right up to the pier. I am certainly not a wildlife behavior expert, but I think they have been trying to be social with us. They come to the surface and seem to be looking at us and coming to the surface way more than they need to. It has been an awesome experience. I love dolphins!

It was really hard to get a great image with the limited light, but the video shows them a little better. I would just fish a while and then go back to watching the dolphins.

Here is a shot of the pier. It really turned into one of those hidden gems. 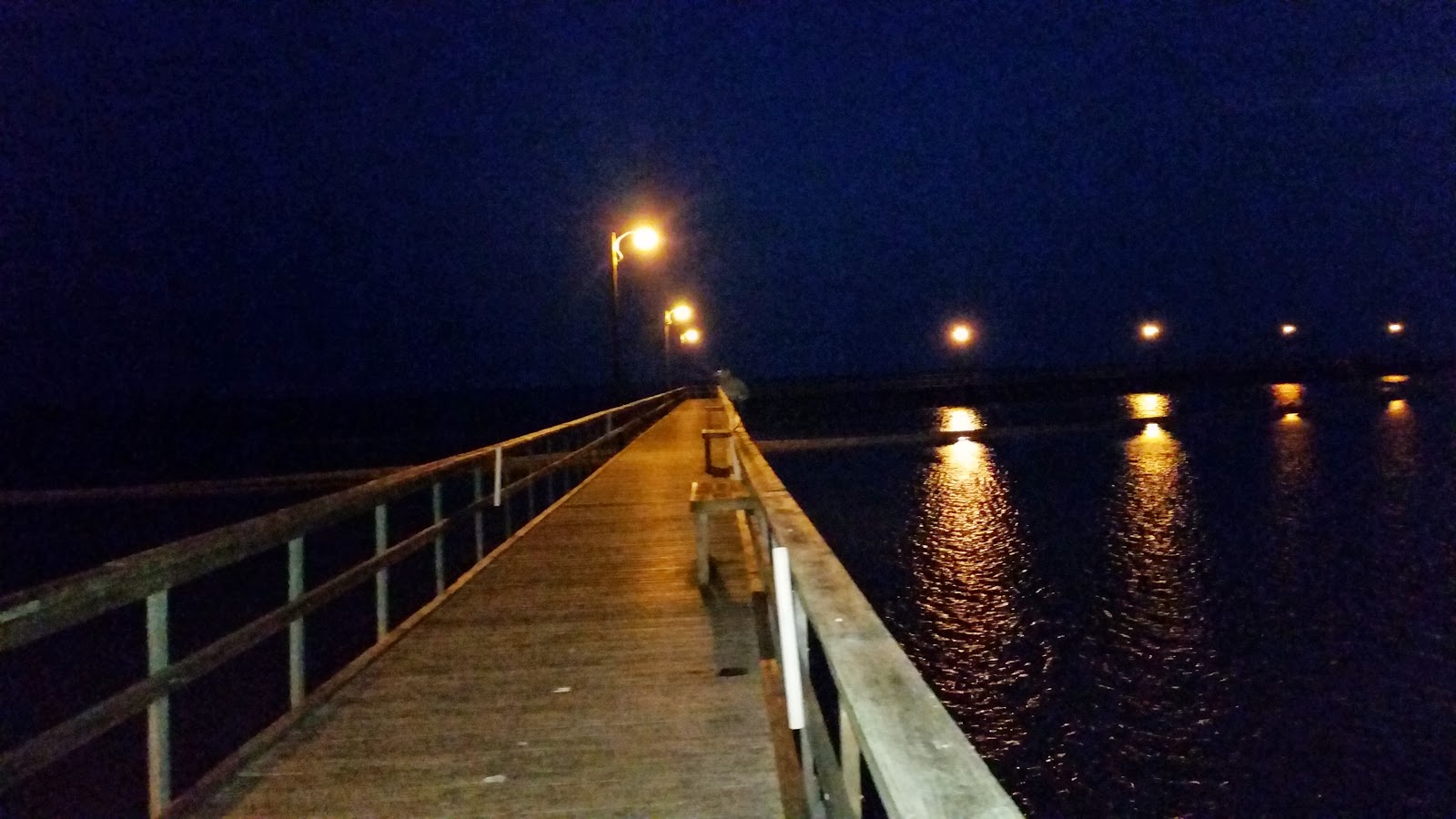 I went for a bike ride back over to the "Big Tree" and went to find the Whooping Cranes. 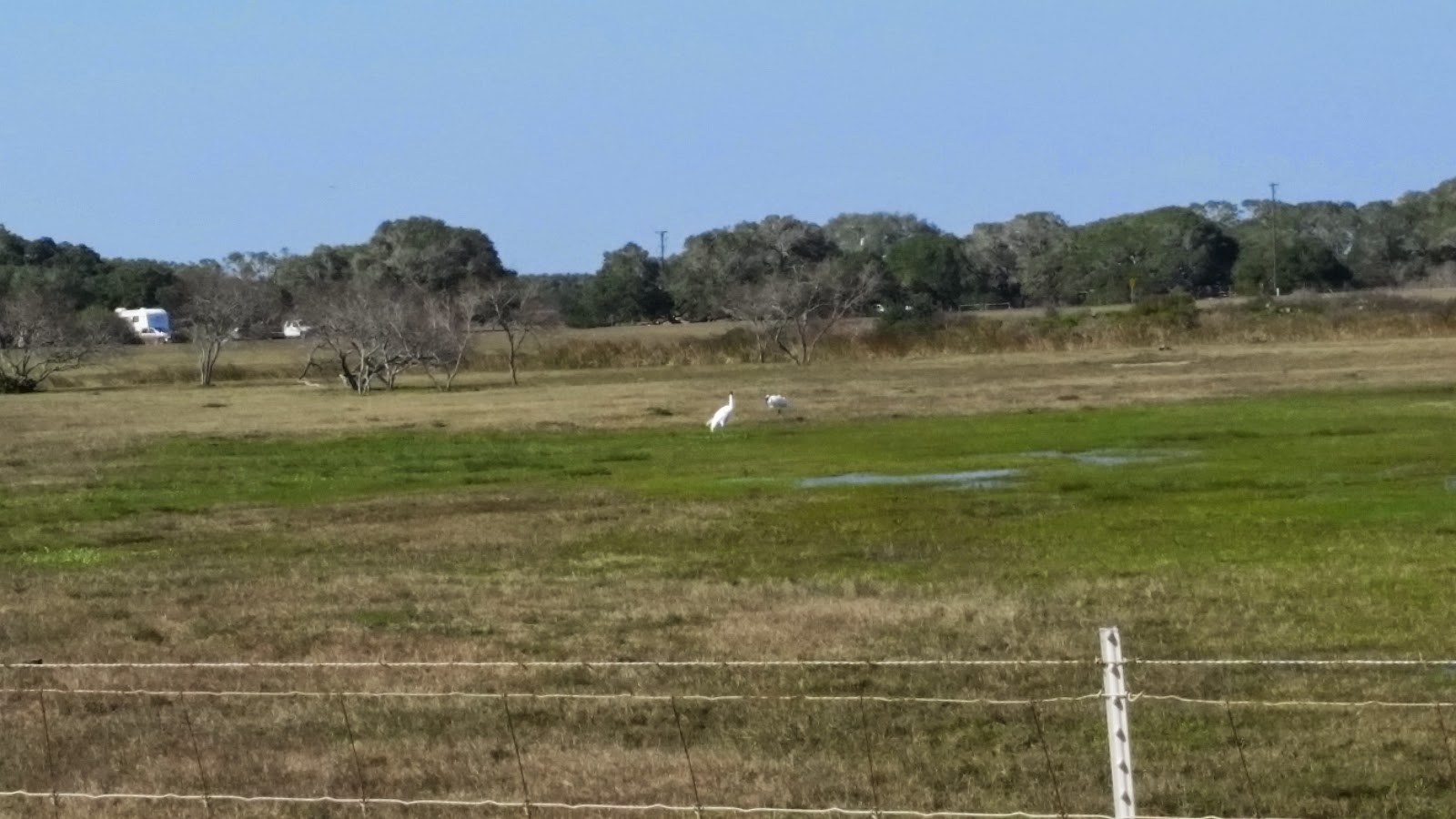 I just could not get a great shot, but these birds are over 5 feet tall. They were thought to be extinct, but in 1941 they found 15 of them in what is now the Aransas Wildlife Refuge. The population is up to about 300, but they are still in danger. We heard the other day that one of them was shot and killed.

There are many other wading birds in this area. We have seen Night Herons, Green Herons, Snowy Egrets, Great Egrets, Ospreys and many other Ducks and Pelicans.

We got word that we can't stay at the State Park for the weekend. There is an event going on here and we will have to move on. We will figure out what we are going to do and let you all know where we go from here. Stuff like that is just part of the adventure.

I will have to close with a series of sunset shots from last night. It was the best sunset yet. 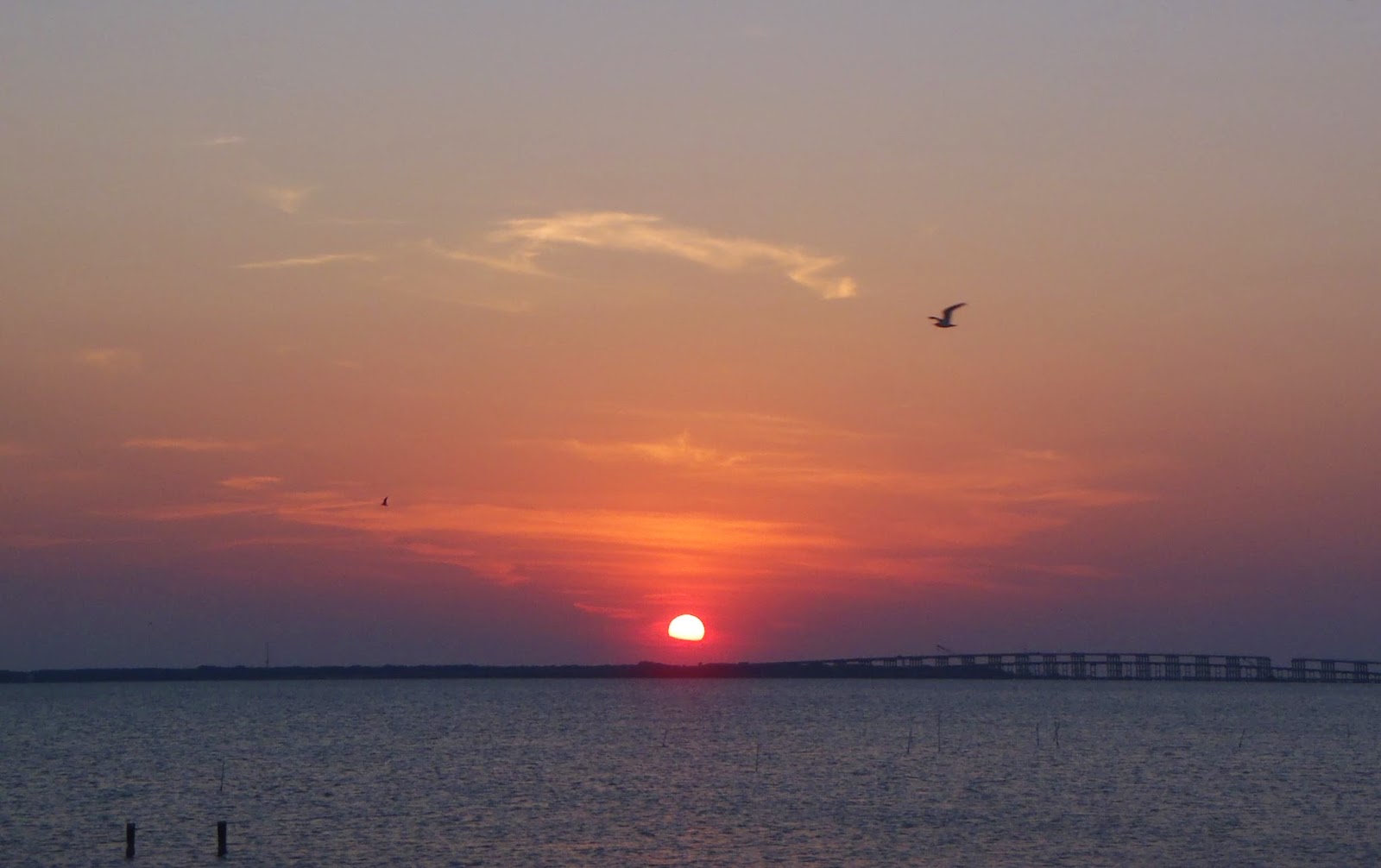 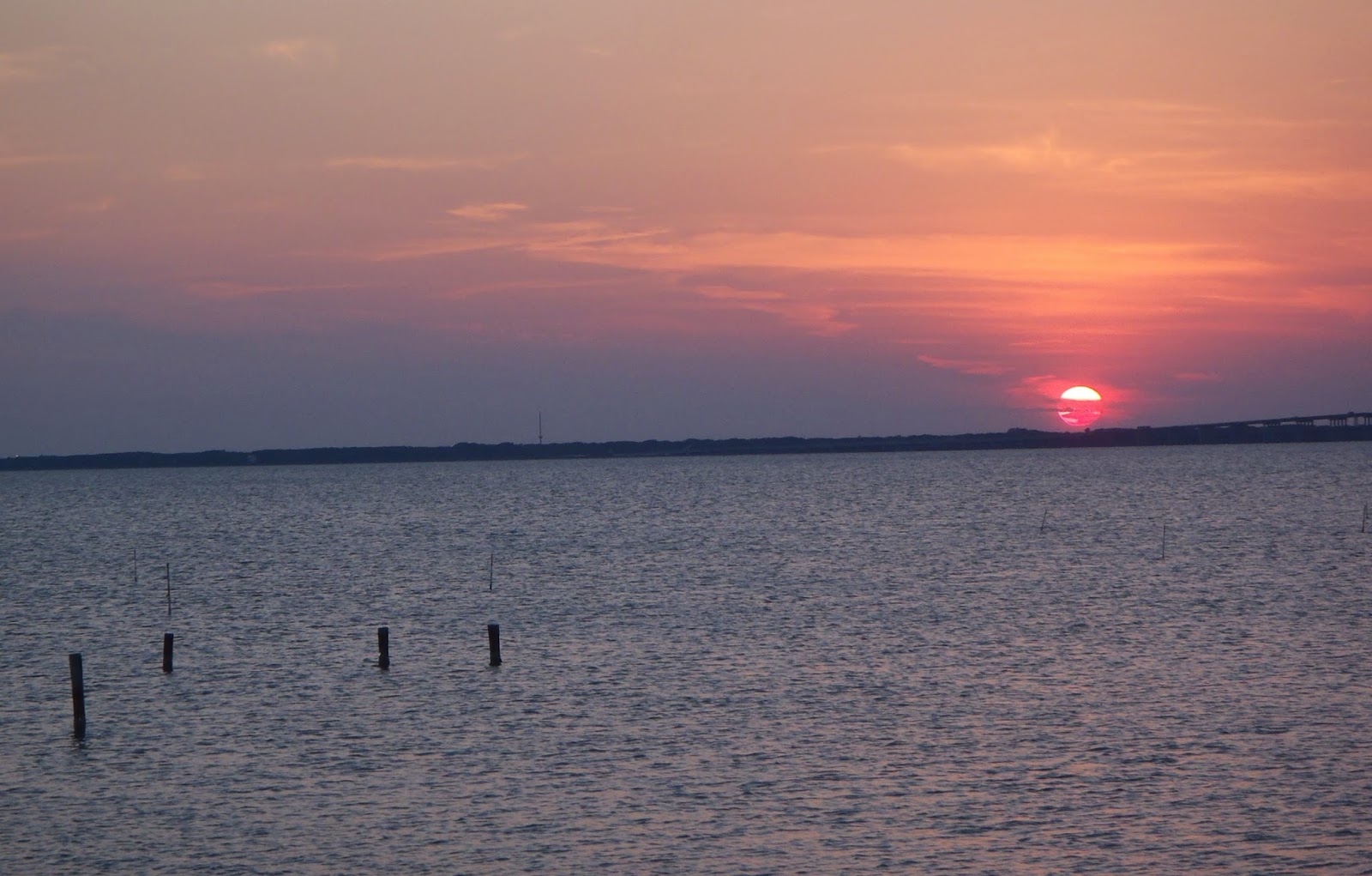 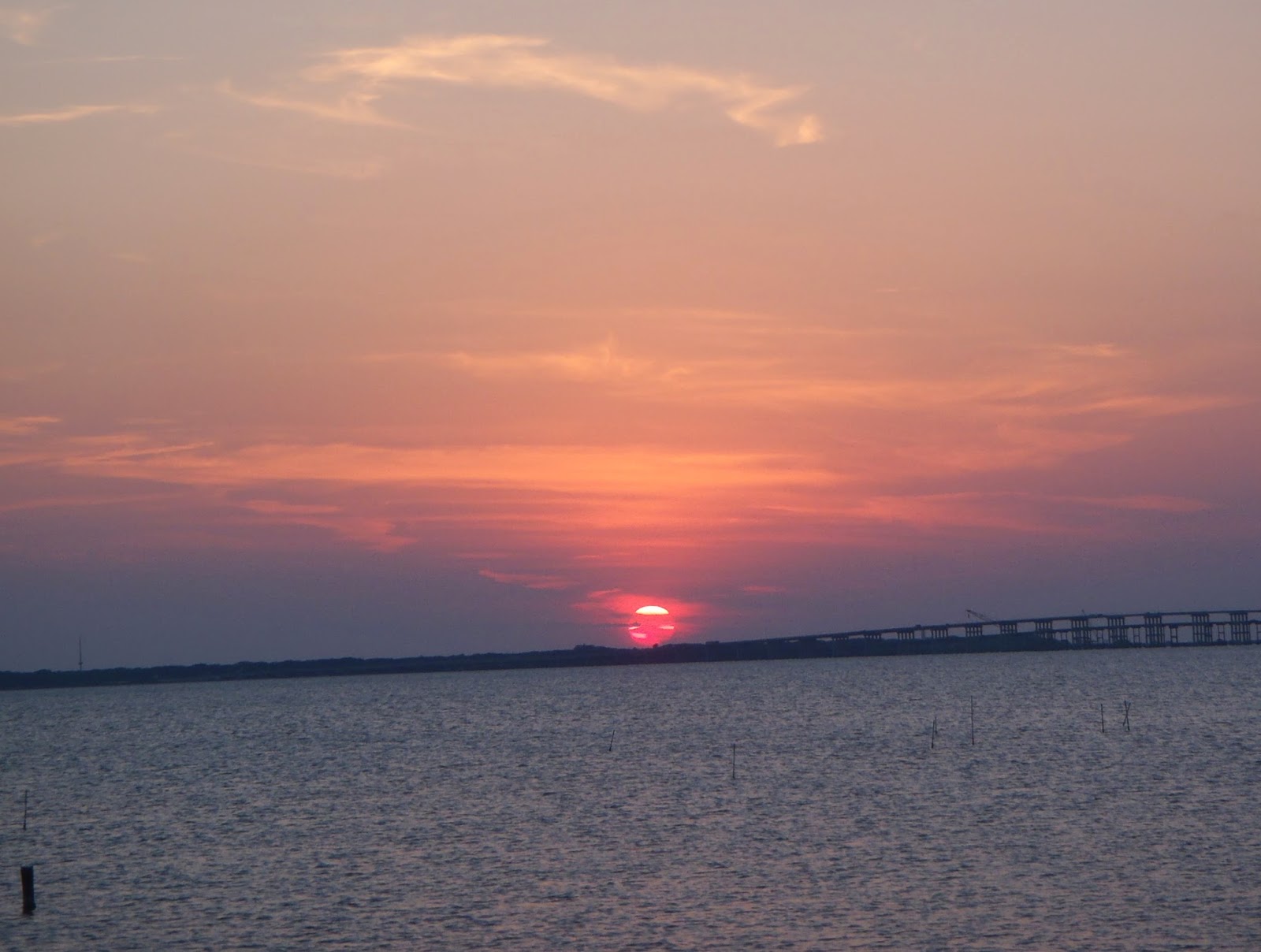 Those were all taken right out the back window of the trailer. It really is an awesome site.