We left Rockport on Wednesday February 18 and drove the 65 miles to Goliad State Park. it was a flat and easy drive with no wind. A perfect travel day. 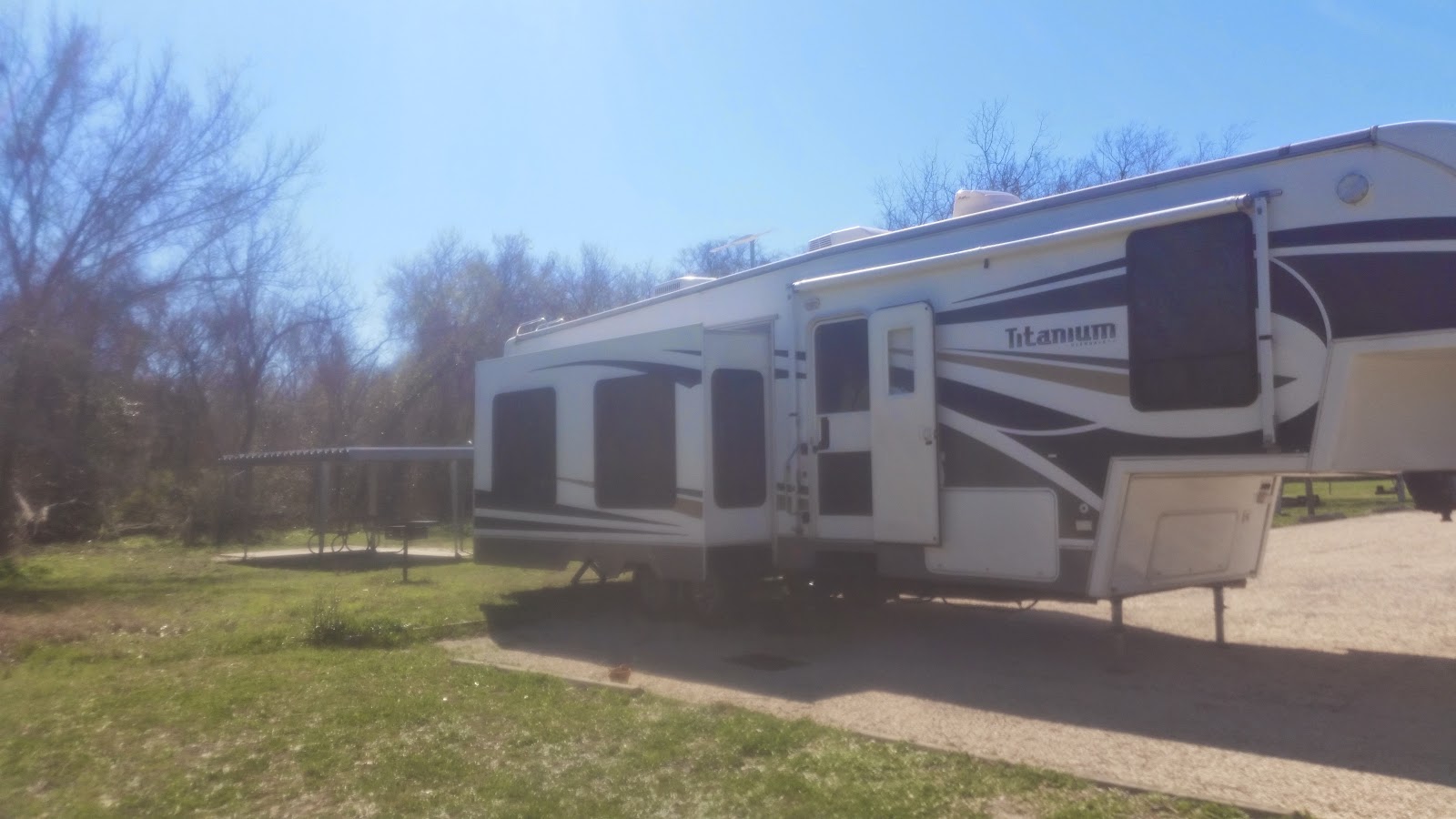 We decided to take a walk to the Presidio, which is about a mile away. It is outside the state park and run by a local preservation group. There is a trail right from our campsite that winds along the San Antonio river. There are some real big trees, that were probably here during all of the famous happenings here in the 1830's. Kim liked this tree. If we joined hands we could reach all of the way around it. 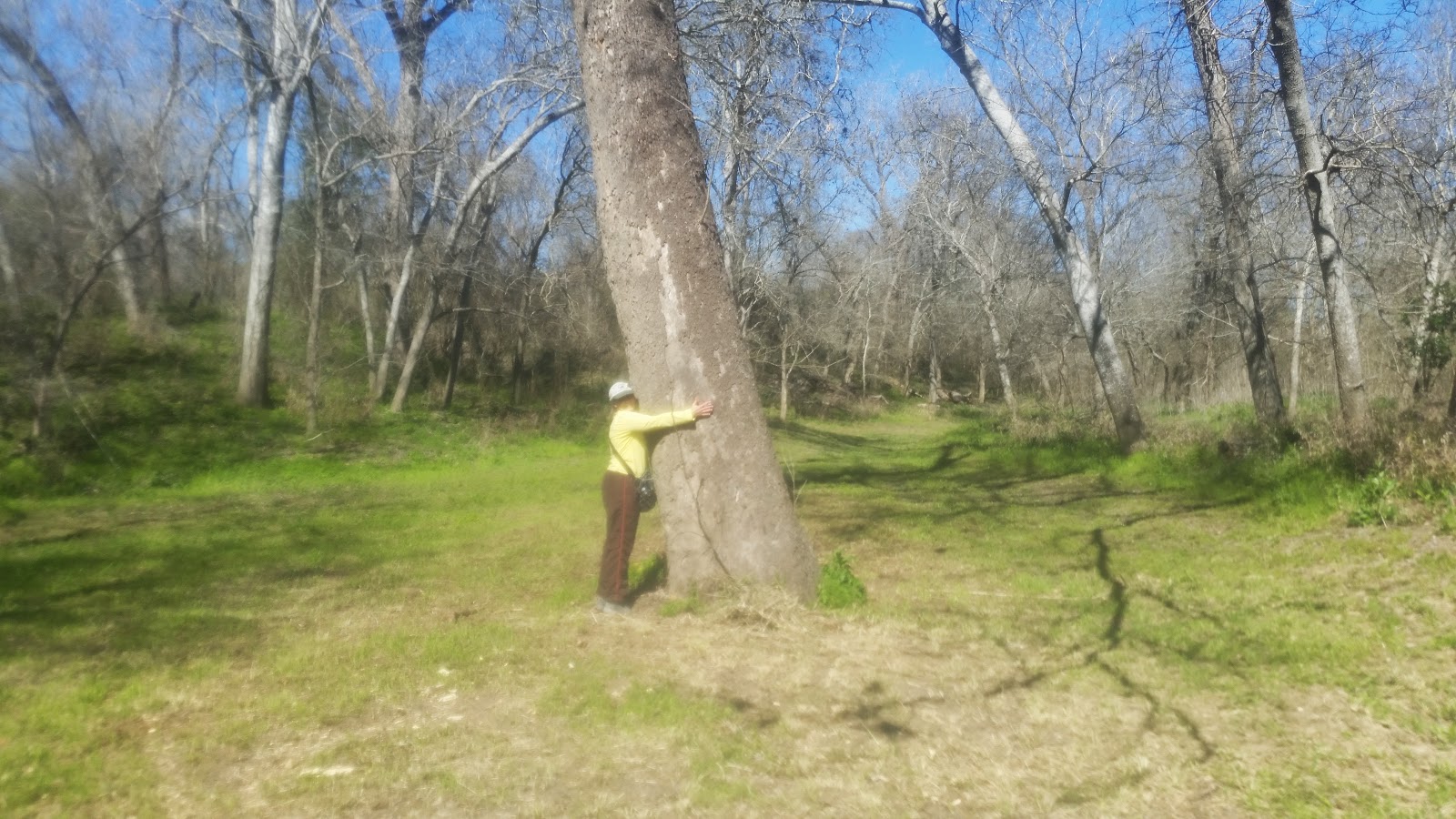 The Presidio La Bahia was established in 1749 on this site. In 1836, just about 3 weeks after the battle at the Alamo, there was a battle near here. The Mexican troops won and took Colonel Fannin and over 300 Texans prisoner. Under orders from Santa Ana, they massacred most of the men. Some escaped by running to the San Antonio River and hiding very near where we are camping. The presidio was rebuilt in the 1930's by the CCC. 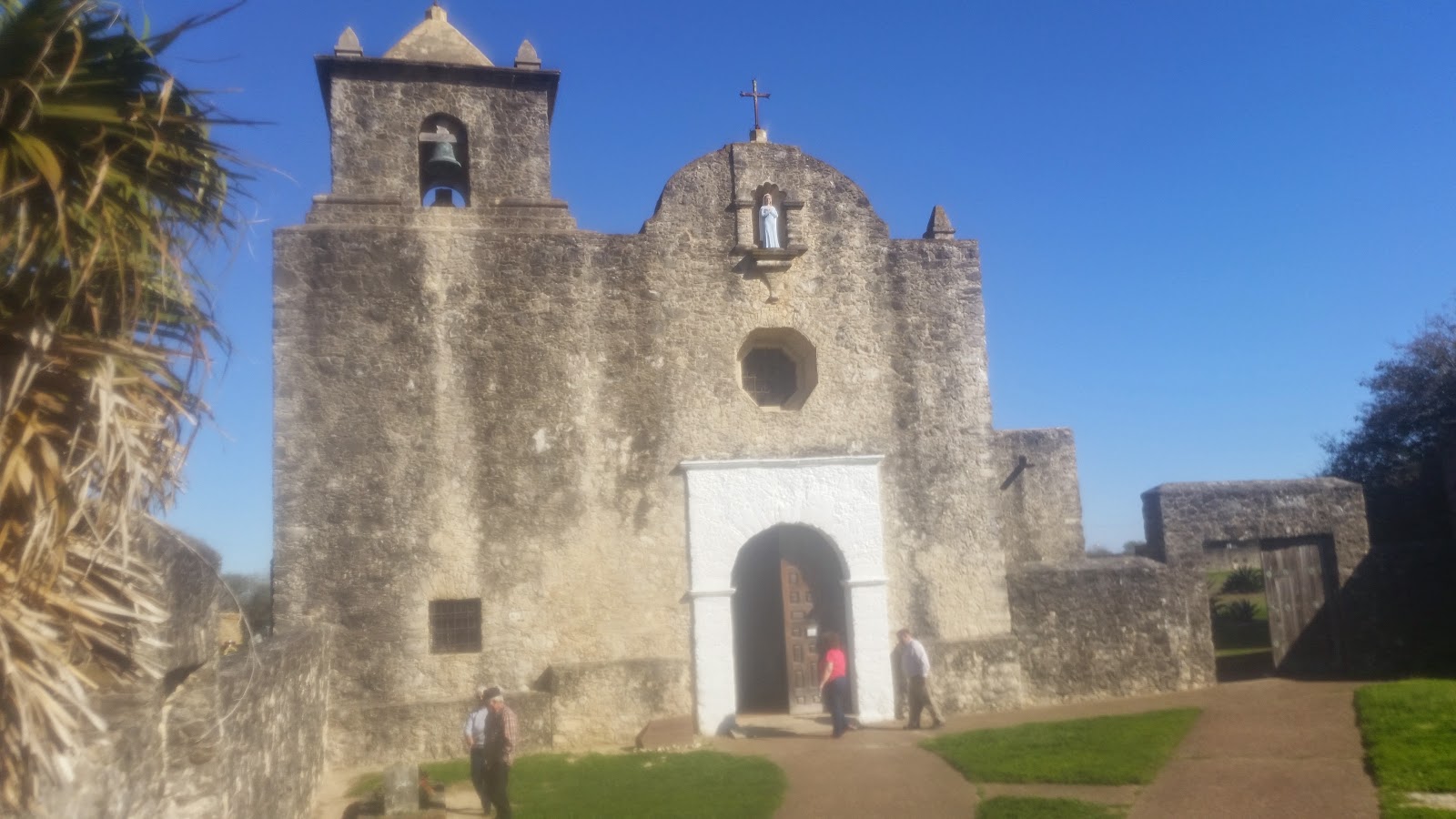 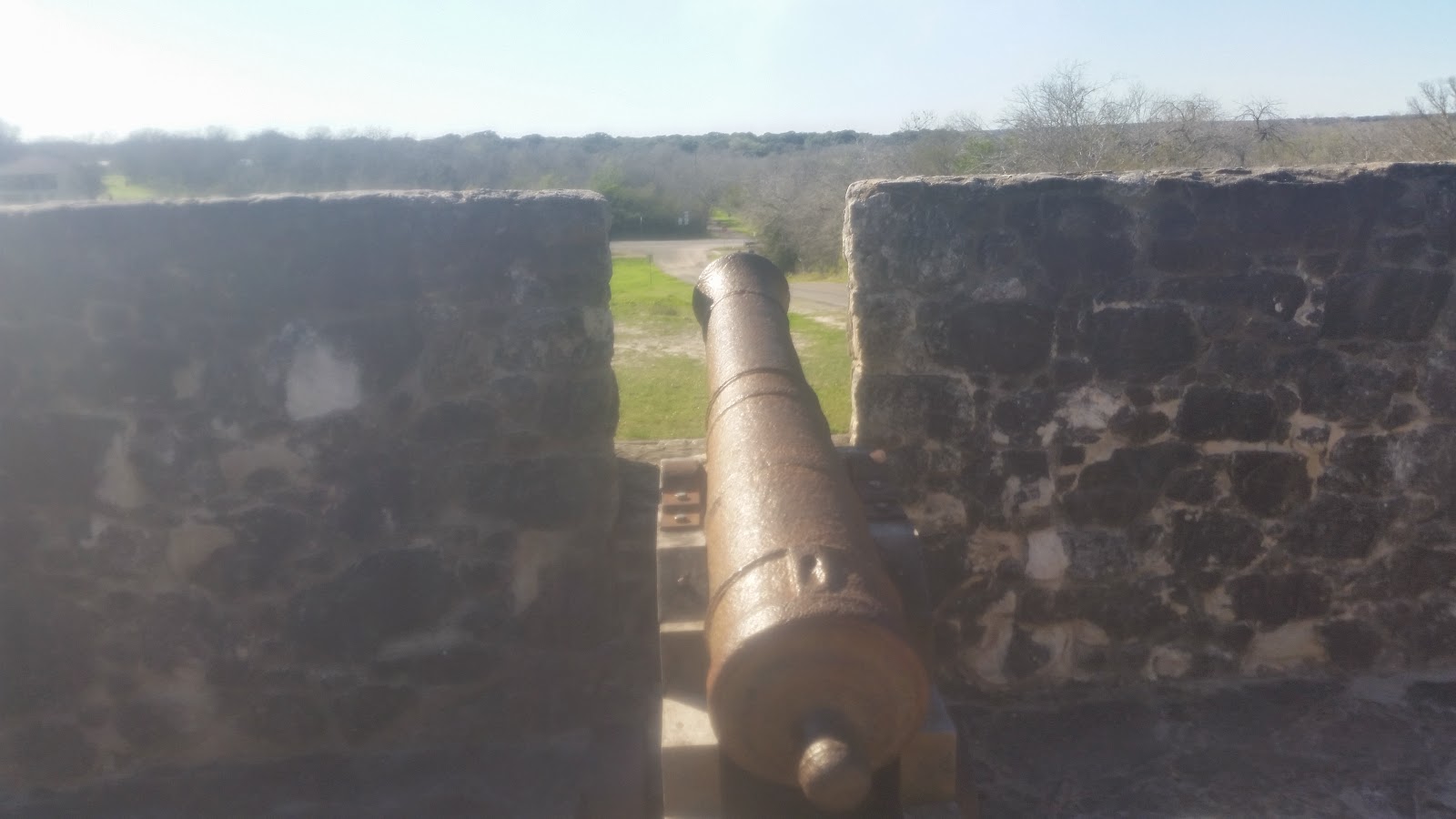 This shot is from inside the walls, looking back at the chapel. 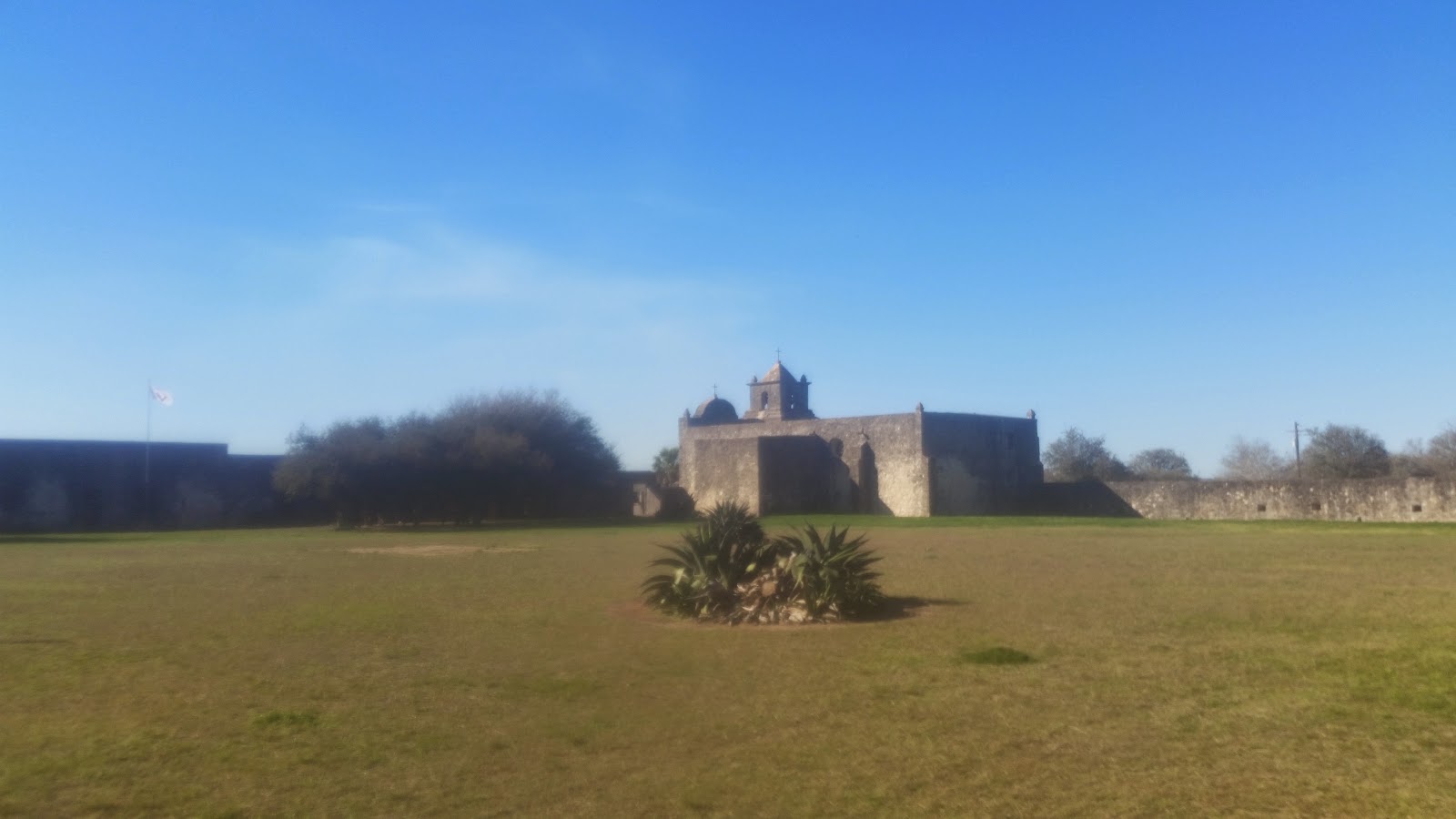 Here is the inside of the chapel. They still hold mass here on Sunday evening. Too bad we will be gone by then. 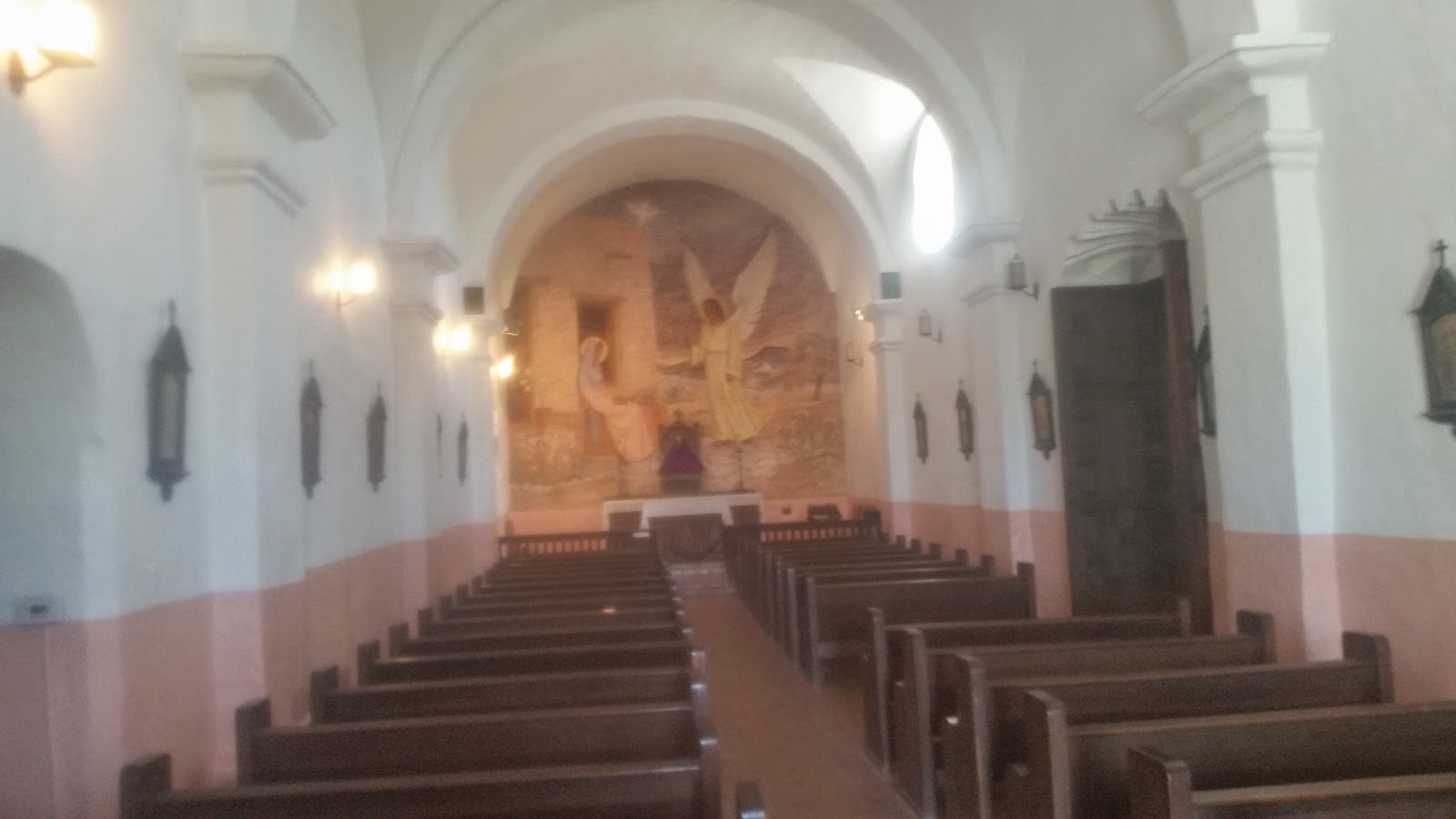 Adjacent to the Presidio is a memorial and grave site of Colonel Fannin. 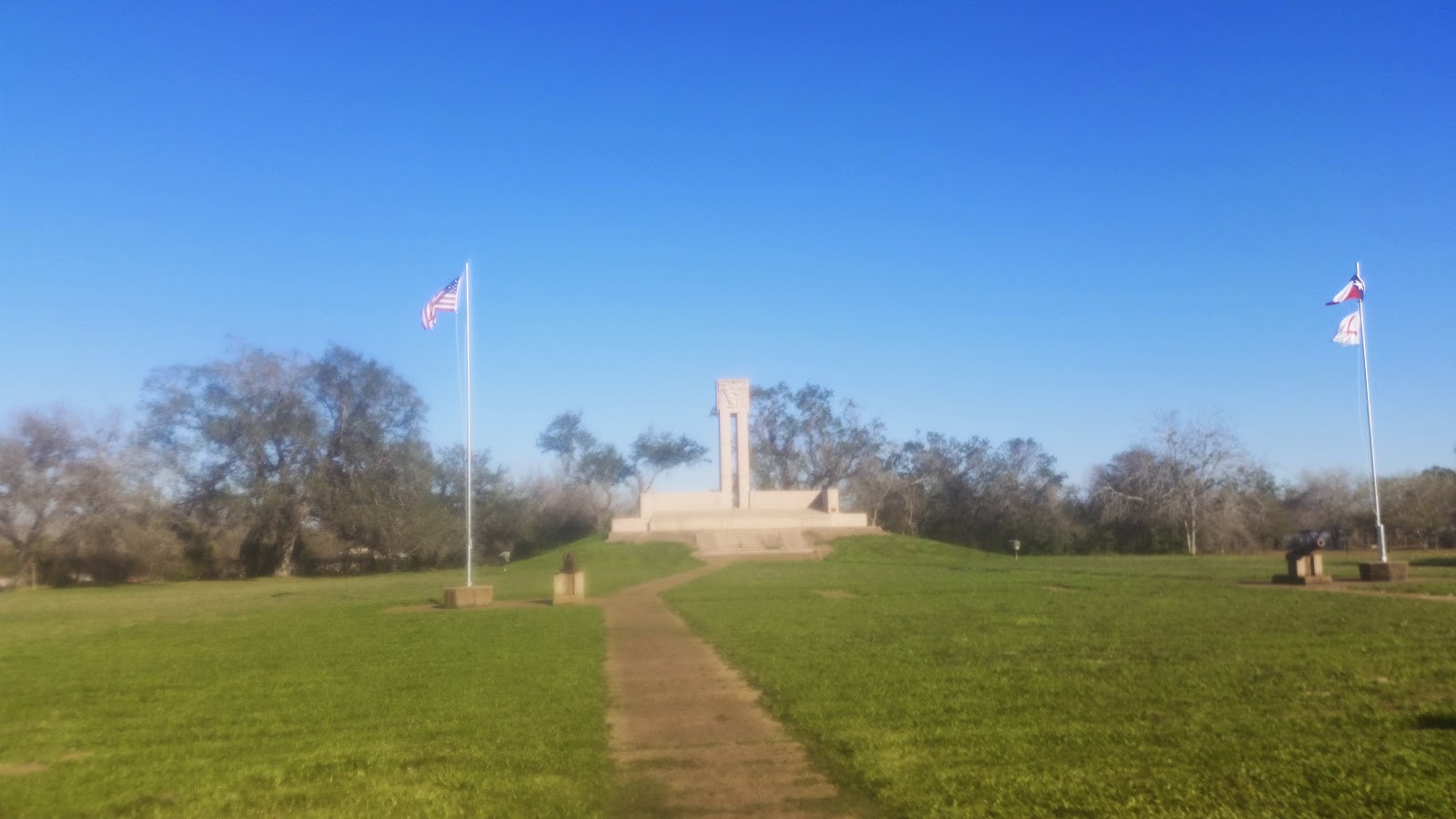 There is also the birthplace of General Ignacio Zaragoza at the presidio. It is a simple house that was closed while we were there. General Zaragoza led an outgunned force of Mexican militia against the French on May 5, 1862. That victory is what is celebrated with the Cinco de Mayo celebrations in Mexico. I didn't know that. There is also a statue of Zaragoza. 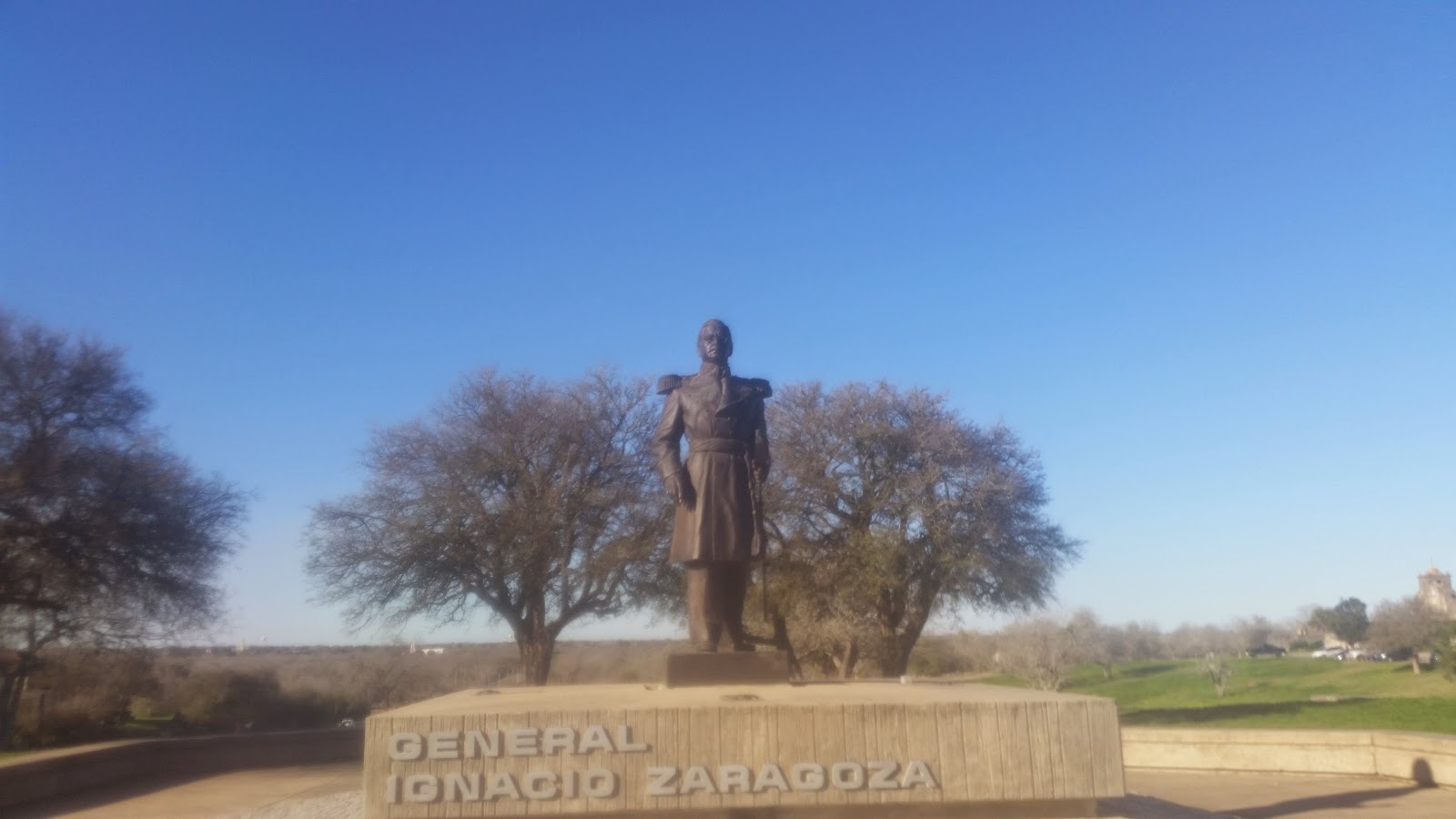 After walking back to the rig, I started a campfire. It was the first one we have had since Granbury back in early January. 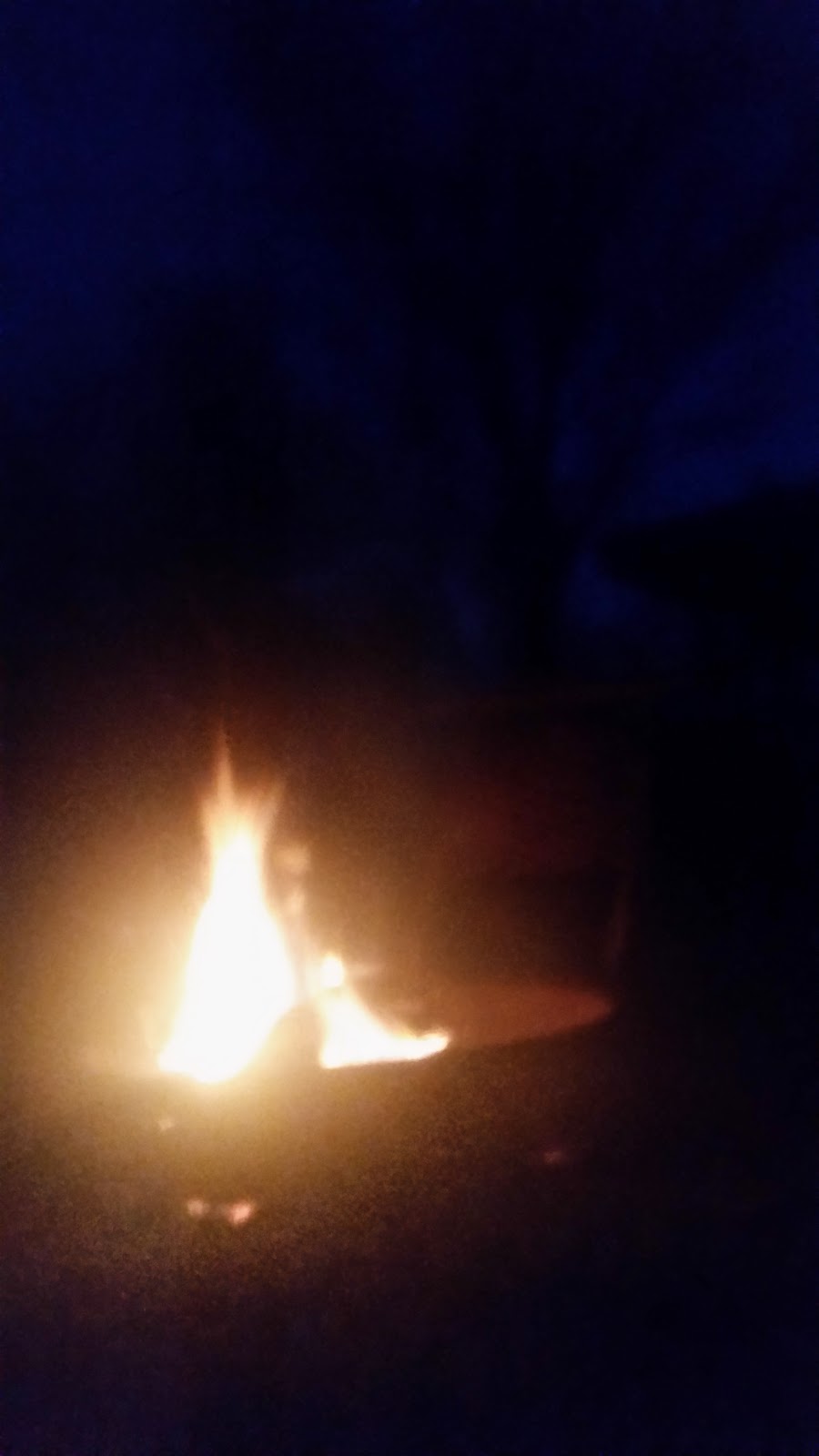 It was a very good day.