On May 5, we left the Zion NP area and began the move back to civilization. It has been over 2 months since we have been in a city of over 100,000 people. We have loved our time out in the wilds of South Utah, but we have good reasons to head to Salt Lake City. We decided to split the drive into two sections. We don’t want to push too hard you know.

We drove 175 miles to Yuba Lake State Park. I would have to say this is the nicest camp spot we have had on this entire trip. It did not hurt that we had the park to ourselves. Here is a shot of our site: 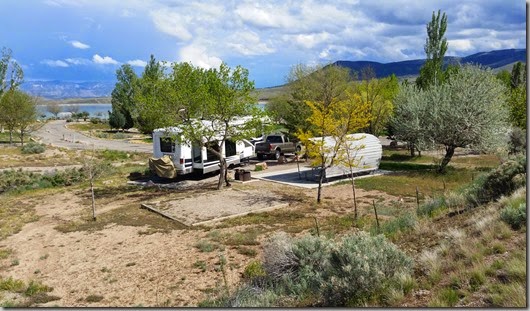 There is a nice lake, but it looks like it is pretty low right now. Utah has had a very dry winter and much lower than average snow pack. 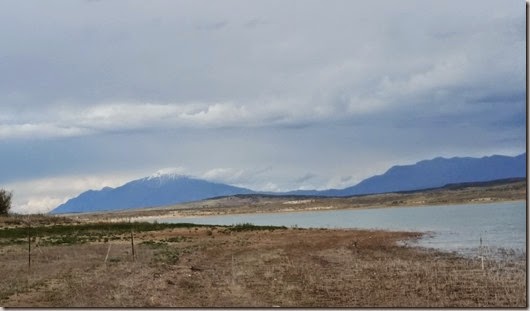 There was some nice views of distant mountains with a bit of snow on them. They even have a zip line in the park. It was closed while we were there. 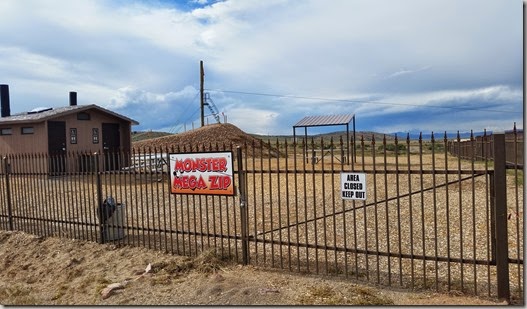 They did have ORV trails all around the lake, but it was not in the cards to take a ride. We only stayed 2 nights, which is the shortest stay we have had on this entire trip. This was really a stop over point before we went on to Salt Lake City. Why were we going to SLC?

We made a decision to buy a new life enhancement vehicle. I will get into that in the future, but we needed some place to get it shipped. I have a very good friend that lives in SLC. Laurie and his wife VaLair are awesome people. Laurie and I used to work at the company that I worked for all of those years. Whenever we got together, we just had a blast. He was a central player in the “good years” at work. Here is Laurie and VaLair: 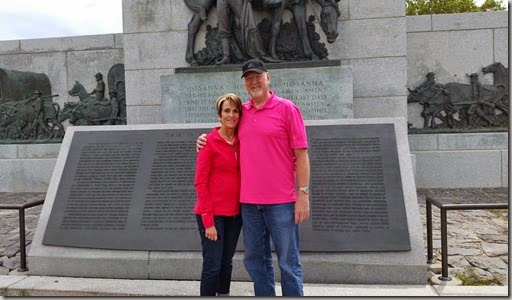 When I called him to ask about shipping the life enhancement vehicle to his house, he enthusiastically said yes and then invited us to camp in his driveway for a few days and tour SLC. I have to admit I was a bit reluctant because we have not done that before, but it worked out awesome.

The first night we were there, Laurie and VaLair introduced us to a card game called “ Build a Bridge”. We chalked up our poor result to just learning the game, but we would really get into it in coming nights.

One of the key things I would like to do as I travel, is reconnect with people that have had a significant positive impact in my life. Laurie is one of those people. Thanks buddy for the awesome hospitality and for just being you. Mission accomplished.

Take the time today to tell someone in your life what a positive impact they have had.

Posted by ktmissouri at 9:26 AM