On July 20, we had to move. We will be joining my Mother and Father in South Central Washington in a few weeks, so we decided we should start heading that way. We reluctantly left the cool comfort of the coast and headed inland to Eugene and then up to Fall Creek Recreation Area. We were looking for a place in the Eugene area to hang out for a few days. We selected Cascara Campground because it is a first come-first Serve Campground. When we arrived, we were the only campers in the park. That is not that abnormal for a Monday, but this was a very nice park.

We found out later that there are a number of other campgrounds further up the valley that are free, but they would not fit most RV’s. This park is kind of expensive for no hook ups at $18, but we really like the quiet.

We talked to the ranger for a while and the selected site #9. We were there 5 minutes when we saw this wild turkey. He unfortunately had a injured leg. 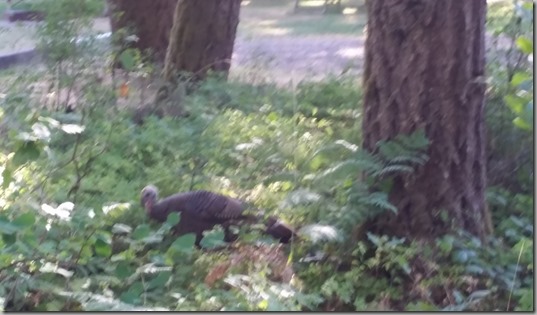 He also did not seem to be concerned about us getting close to him. That would be the only time we saw him while we were at this place.

The first morning, we got up to temperatures in the low 50’s. We slept great. It got warmer in the afternoon, but with full shade, it was nice.

I decided to go for a walk and see the lake. The lake is very low due to the drought. There is a creek called of all things “Big Creek” that feeds this side of the lake. The is a nice rocky canyon feeding down into the lake. 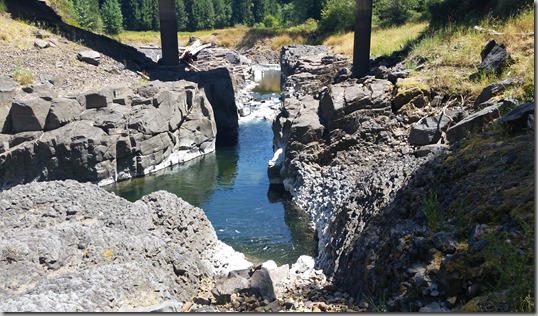 The rock outcroppings are very interesting. 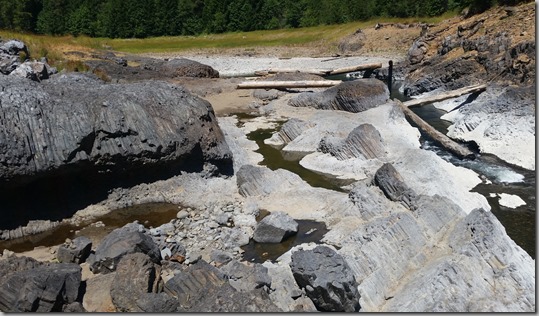 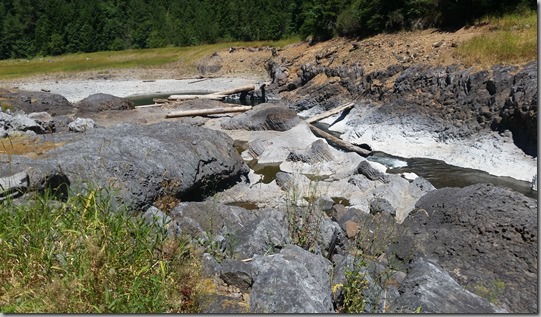 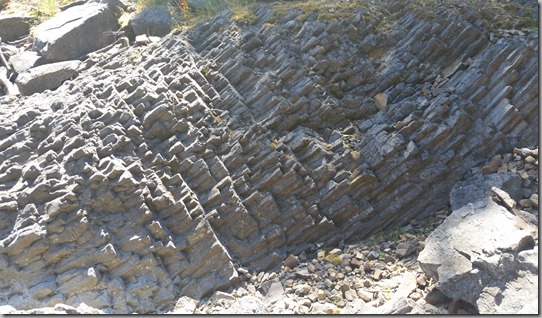 Clearly volcanic in nature. I then took a walk along the edge of the creek where the lake usually is. 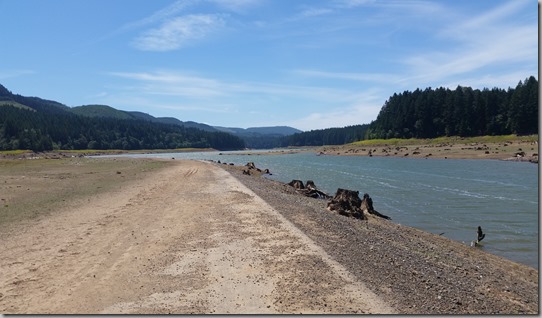 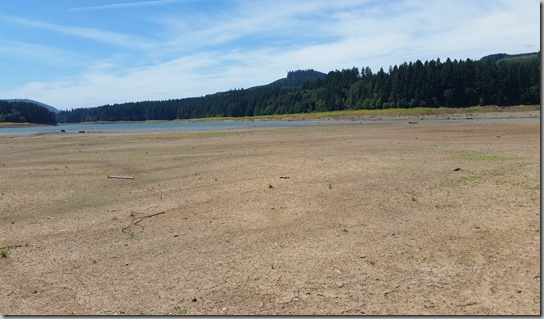 I would bet this is a nice lake when it is full, but now it is a barren waste land. There were a number of large stumps that were left in the lake bed. Erosion is clearing out the dirt and rocks creating what looks like sculptures. 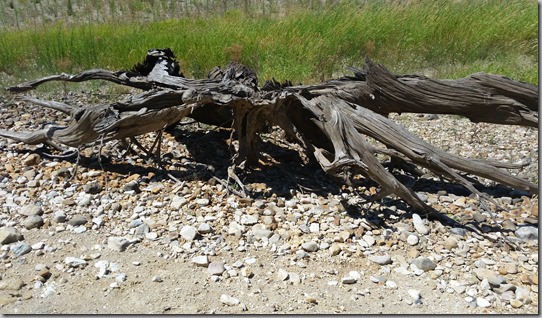 Maybe you have to use your imagination to say it looks like a sculpture, but I have a pretty good imagination.

We decided to stay for a week. I got my bike out and did some riding to get some exercise. It was a very relaxed week, but I feel like we are back in our routine and recovered from this frantic pace when Shannon and Brian were here.

I have been thinking about a big outing for Saturday, July 25. It would be a bit of a drive, but I am thinking about knocking off one more thing on the bucket list. Come back to hear all about it and see some very different pictures.

Have a great start to your week.

Posted by ktmissouri at 9:27 AM