Mount St. Helens and Haystack Rock on the Same Day

On July 5, we decided to head north. I had been told by a very experienced Ranger at Glacier NP that Mt. St. Helens was not a national park, but was a must see. I knew Brian had never really seen a mountain up close before, so I thought this would be an experience that he would like. I have never been to see Mt. St. Helens, so it was new to all of us. We headed north on I-5 and soon crossed the Columbia River and into Washington State.

We turned off on Highway 504 and headed up through the forest. We drove the 33 miles to a visitor center sponsored by the logging industry. It had decent exhibits and an interesting film, but we should have just skipped it and headed straight to the National Monument Visitor center. We took a few pics from the there. That is St. Helens in the background. 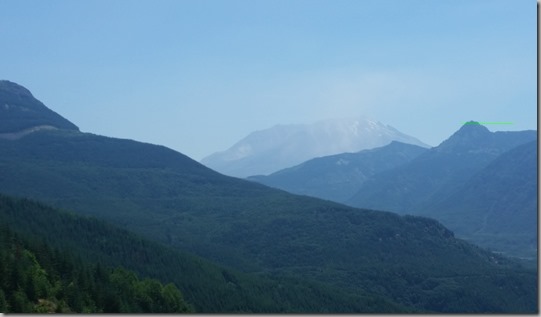 You can still see the barren landscape along the rivers and in some areas that have not been replanted by the logging industry over 35 years later. 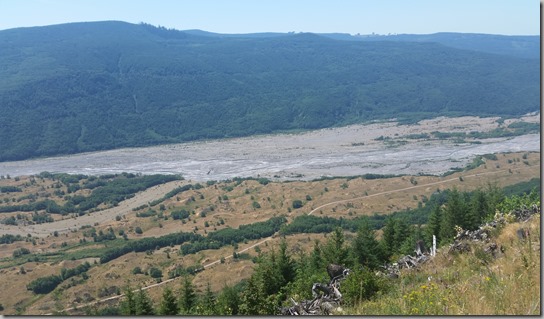 It was a beautiful clear day, but there was still clouds around the mountain. We later saw that was from steam vents on the mountain. This thing could blow again at any time! 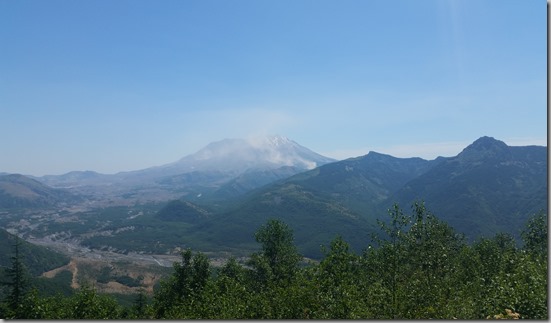 We then drove the additional 20 miles to the visitor center. When we arrived, a young ranger was giving a talk on the eruption. He did a great job. We then went in and watch a film about that day in May in 1980. The story is amazing. At the end of the film, they opened the drapes and there was what is left of the mountain. It was awesome. 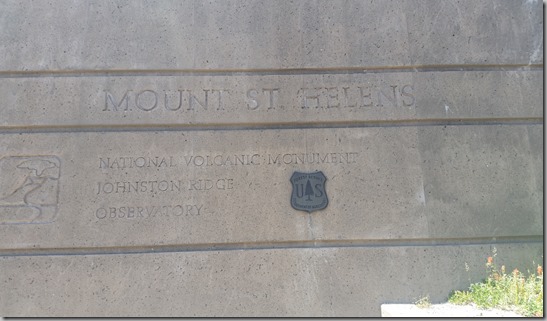 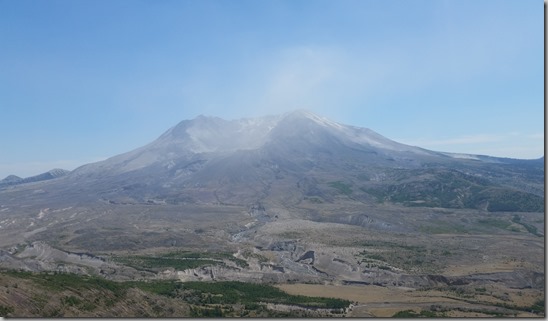 The eruption was really multiple events throughout most of the day. The initial explosion was caused by a side ways bubble of magma that burst. The blast was stronger that 10 atomic bombs and leveled all trees for over 12 miles. Much of those trees were old growth trees that were over 10 feet in diameter. I was in awe. the area of the National Monument remains untouched. The land beyond that has been reforested and looks strange with its symmetric rows of trees.

I did not know what to expect when I visited Mount St. Helens NM. I left both moved and amazed. This is the first thing we have seen on this trip that showed the power of nature that is recent history. 1980 was the year that Kim and I got married, Shannon was born and I started working for the company I worked for all of those years. I think Kim, Briand and Shannon were also impressed by the experience.

We then drove to the coast at the north end of Oregon. Shannon wanted to visit Cannon Beach. I did not ask why, but she told me later it was to see the big rock called Haystack rock. She thought that was the only rock on the seashore of Oregon. Well guess what, there are a few more. 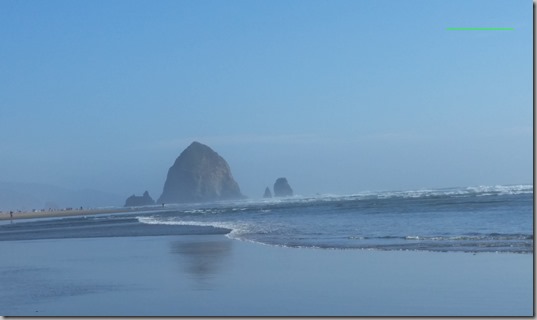 Kim and Shannon wanted to do some shopping in this quaint little town, so Brian and I went for a walk on the beach. Another first for him – putting his feet in the Pacific Ocean. 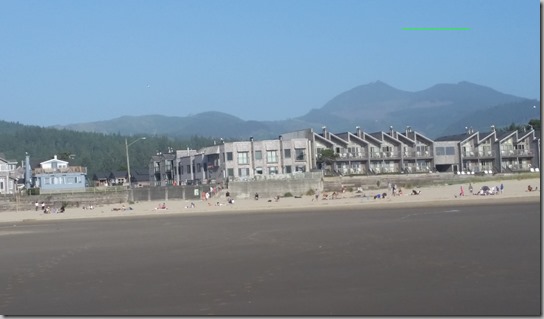 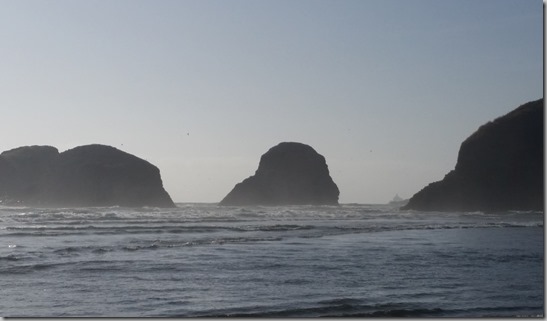 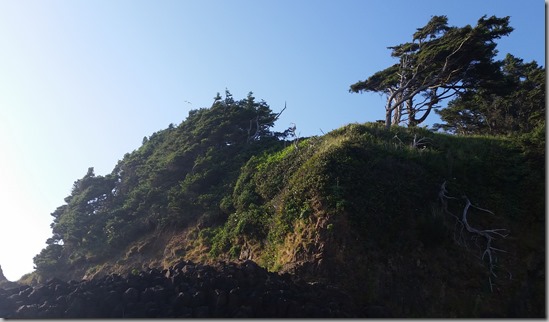 We went into town and had fish and chips for dinner. The decision was then made to walk on the beach until sunset. We walked all the way down to Haystack rocks. I have not idea how far it was, but it was a long way. We got a few sunset pictures around the rocks. 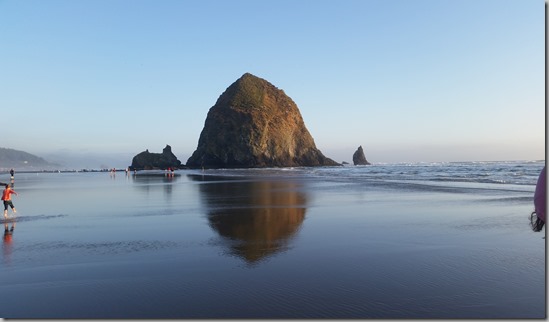 It was about 55 degrees with a stiff wind. I did not bring a jacket. I was cold. It was in the mid 90’s earlier in the day. The weather here is crazy. 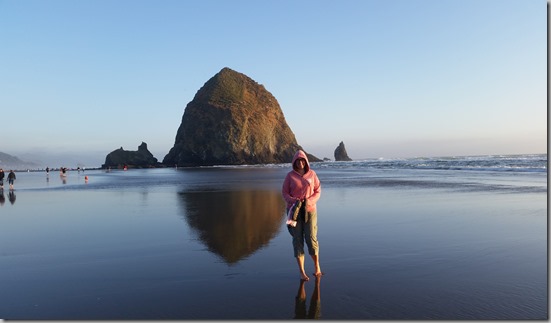 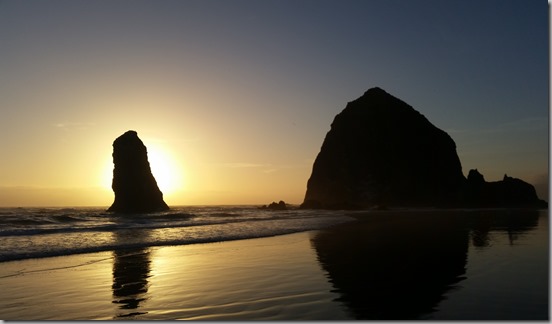 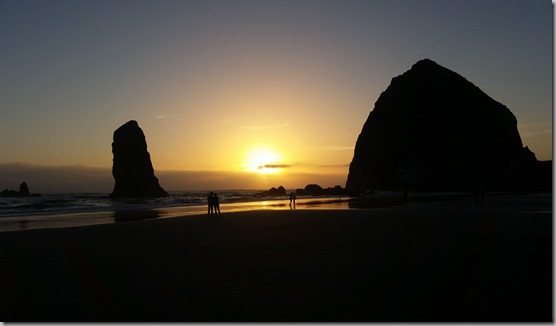 Take time to enjoy the sunset with someone you care about.