On July 6, Brian and I got up early (for me) and went for a hike up through the Columbia gorge to see a couple of waterfalls. The girls were done with hiking and Brian and I were ready for a good workout. The hike was about 3.5 miles and took about an hour and a half. It was a great way to start the day. Here is Brian enjoying the view: 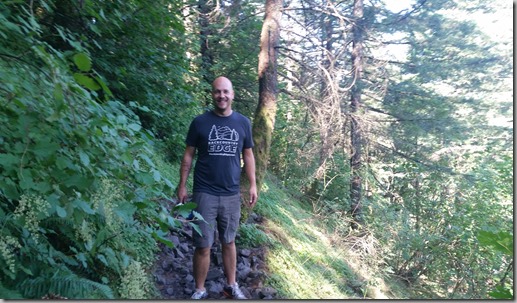 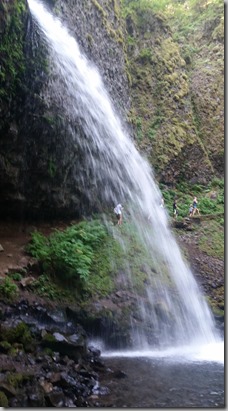 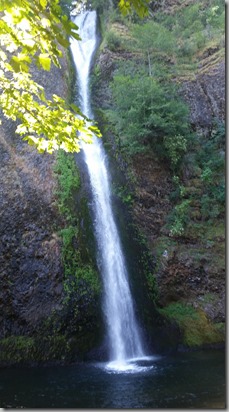 After a couple of needed showers, we each headed our separate ways. Shannon and Brian went to check out lighthouses on the coast and Kim and I got ready to move on to a campground we had selected in the middle of the Oregon Coast. Carl G.Washburne State Park is a non-reservation park. We were hoping that they would have space available. We were getting a pretty late start, but we were hoping that Monday would work in our favor.

We drove through Portland, which was not a problem and down I-5 until we got near Corvallis and took Highway 20 over to the coast. Hwy 20 was very beautiful, but very curvy. We had two large hills to climb, but the truck did not let us down and we made it to Newport on the coast. From there it was a drive down 101 to the campground. We think this is the most beautiful part of the Oregon Coast. Around every corner is another “WOW” view. We were towing, so we did not stop, but still enjoyed the drive.

We arrived at the SP about 4PM. There were plenty of sites and we got set up and then went for a walk on the beach. The beach is a short walk from the campground. The beach is beautiful with large rock “heads” at each end. 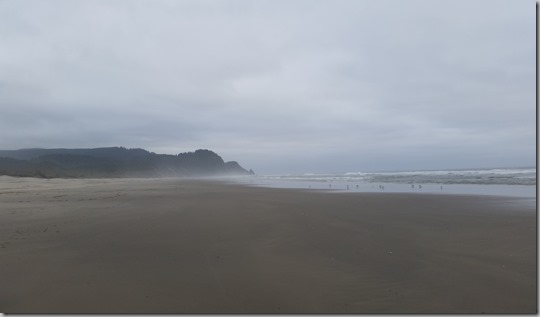 When we left Portland it was 95 degrees. It was 65 on the beach. All I could say was “Ahhhhh”. We took a few pictures and waited for Brian and Shannon to arrive. 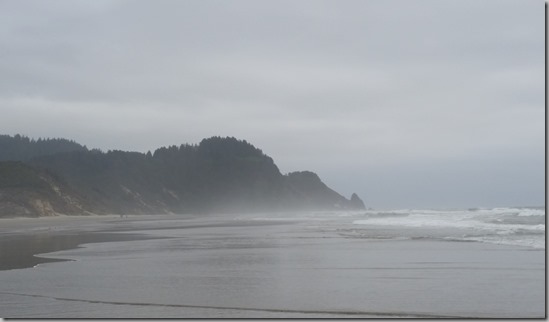 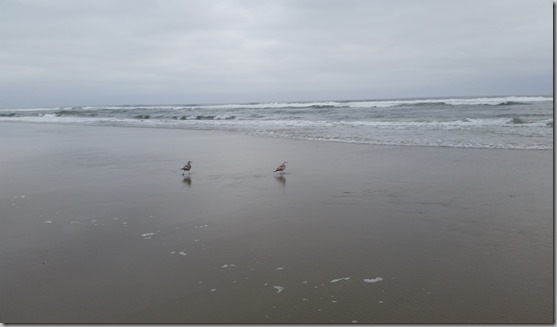 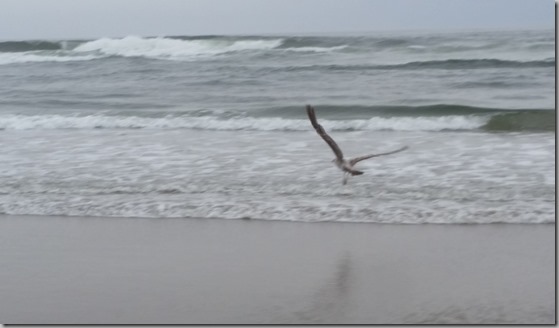 When Shannon and Brian arrived, we started discussing what they wanted to do from here. They wanted to visit Coastal Redwoods NP in far northern California and they also wanted to visit Crater Lake NP. The problem is that would take both of the two days they had left. Brian suggested that we do it all in one day, which would leave one day around camp to relax and have a campfire on the beach. I calculated about 12 hours of driving time to do that trip. We discussed the options into the night and did not make a final decision until the next morning. Come back to see what we decided and see some of the most spectacular pictures I have ever taken.

When it doubt, go for it!

Posted by ktmissouri at 2:14 PM