On Friday July 3, Kim was focused on giving the trailer a good cleaning in expectation of Shannon’s arrival. I knew the best thing I could do was to get out of her way and for heavens sake, don’t make any more messes. I decided to take a hike.

The area along historic Highway 30 that goes by the Ainsworth State Park has many waterfalls that have hiking trails that connect them. We got a good taste of them on Thursday, but I wanted to do more. I was concerned that I would not have time to do more while we were here. That turned out to be mostly correct.

I had Kim take me about 5 miles down the gorge from the campground to Multnomah Falls. We planned to see it together and then I would go hiking. I had no idea how crowded it would be. There were no parking spots. Kim just dropped me off and then worked her way back through the traffic back to the campground. I walked a short distance to the falls. At 620 feet, Multnomah falls is the highest in the area. it is very impressive. 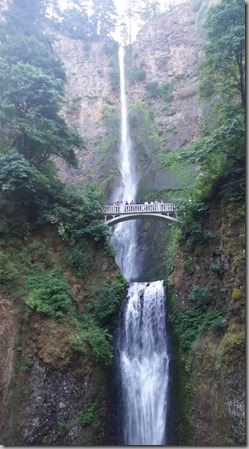 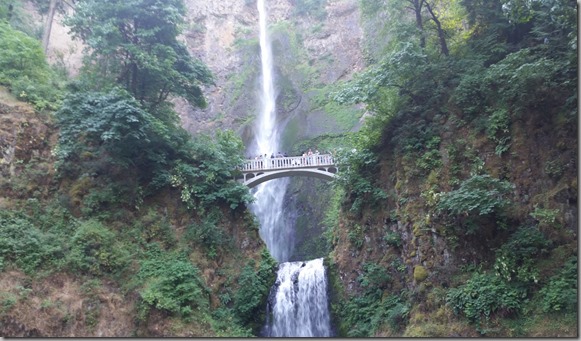 It is a double falls with a bridge in the middle. I was ready to get on with my hike that would take me over the bridge and up the trail. It was very congested until I got past the bridge. I took a few more pictures at the bridge. 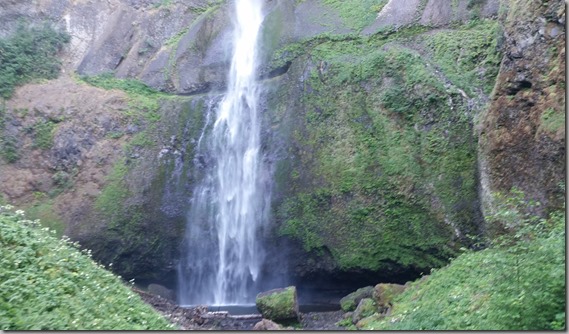 The falls are so high, it is difficult to get the entire falls in one frame. The trail from there was very steep, but it was beautiful. 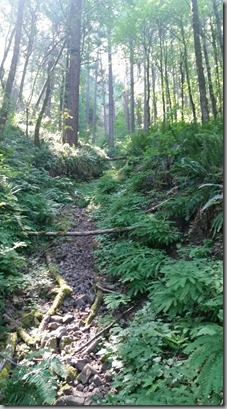 The forest is thick and lush. I walked for about 2.5 miles and saw just a few people. It was a welcome change from the gridlock at the base of Multnomah Falls. It was a difficult, but very enjoyable. I came to a trail intersection and the number of people on the trail increased a bit, but still not bad. They were heading to a gorge that you can walk in the creek. It reminded me of the Narrows in Zion National Park, but much smaller.

I walked a bit further and came to a cool bridge. This went over the gorge that the people were walking in. I did not get a shot of them that was any good. 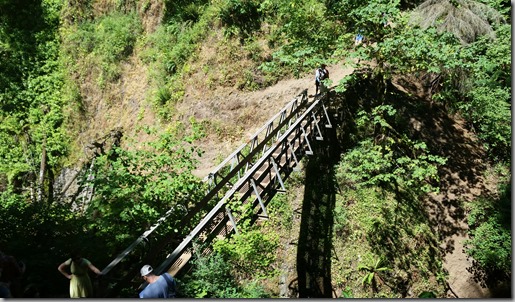 Then I came to Oneonta Falls. It is a smaller falls, but was a good place to take a break. 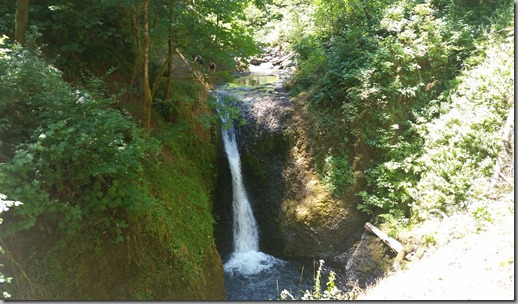 I got going again and made it to upper Horsetail falls. From there it was the same hike as the day before that Kim and I had done. I watched some kids get under the very cold falls, but on this hot day it looked pretty good. 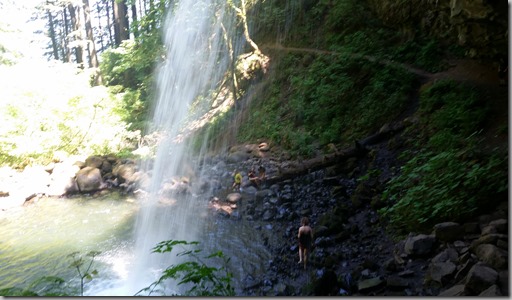 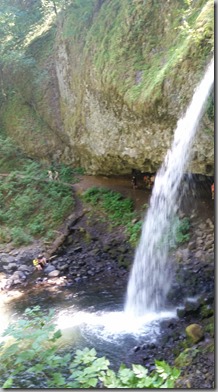 I walked a bit further and came to this large log leaned up against the rock cliff. It just looked interesting. 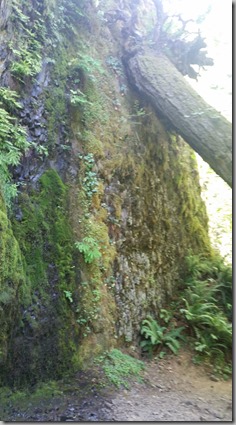 I then walked back to camp. I ended up walking just under 6 miles in about 3 hours. The miles per hour was slow, but the walk was steep and there was plenty to stop and see.

I took a shower and we went in to Portland to do laundry and buy groceries and pick up a few things for the trailer. It was the first big city we have been in since Salt Lake City in May. Let’s just say, I did not enjoy the experience. I hate congestion. We got done what we needed and got out of there. It did not help that the temps were approaching 100 degrees.

When we got back to the campground, I installed two new lights and finally fixed our toilet. All of the repairs went easy.

We are now ready for the arrival of our daughter and son in law. The next few days will be fun and high paced. Come back to see if our old bodies can hang with the young ones.