On July 13, we decided to resume our trip north along the coast. It was a beautiful day. We drove along and Kim commented that this was the prettiest part of the Oregon coast. We stopped and looked at a couple of other campgrounds and quickly decided that our campground was much better. So, we decided then, that we would use up our full 14 days at the Washburne State Park and then move on from there.

We first stopped at a place called “Devils Churn” It is a rocky cut in the rocks that at high tide, is filled with the wave surge. It was not quite high tide, but it was still fun to watch the waves crashing on the rocks. I did not get a great picture of the spray, but I think you will get the idea from the pictures. 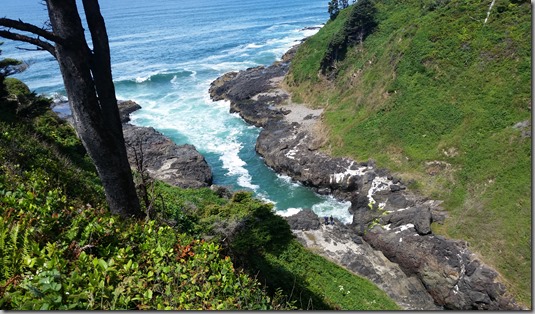 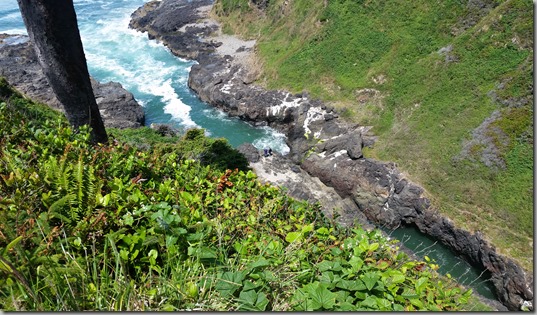 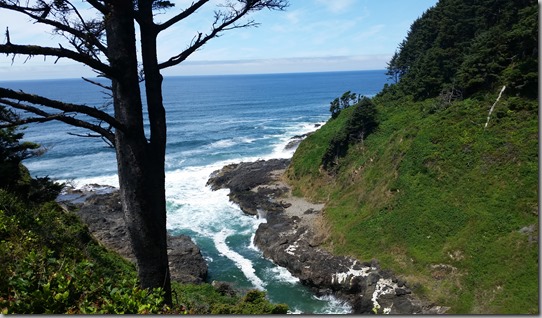 It was a beautiful spot. We drove for a while and checked out the campgrounds. Two of them were huge with over 300 sites. They had no vacancy and the sites were very close together. This is a shot of Carl G. Washburne Memorial State Park. This is what we like. 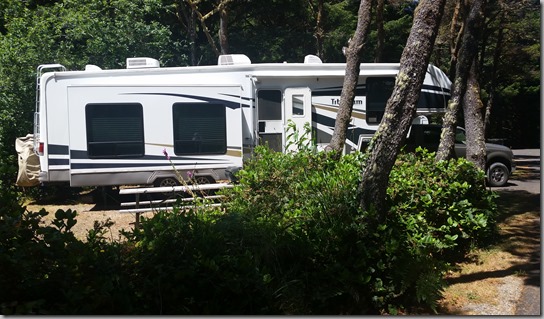 As we were crossing the bridge in Waldport, I saw an island full of harbor seals. We had to stop and get a look. We found parking, but then had to cross to the far side of the bridge and then walk out on the walkway that is well protected from the traffic. As we were walking out, we encountered a seagull that would not move. 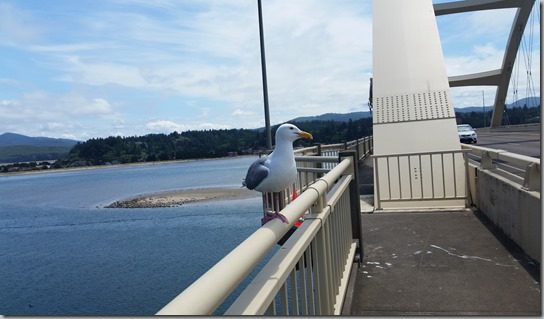 I finally was able to shoo her away and we saw what they were protecting. Did you know that baby seagulls are spotted? 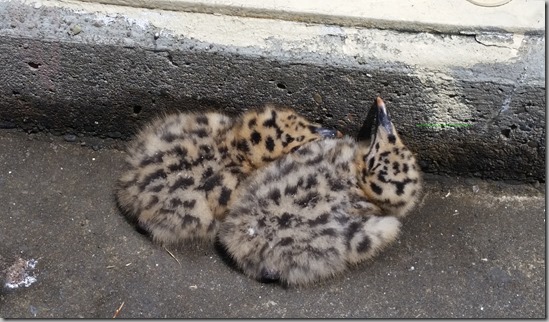 Moma returned and was not happy to have pictures taken of the newborns. 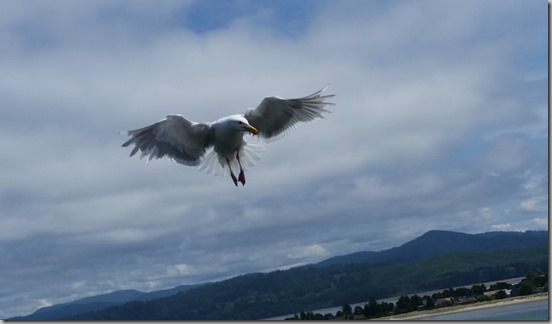 We complimented her on the cute kids and went on to see the seals. I did not count, but there may be over 100 harbor seals on this small island and more were coming in. 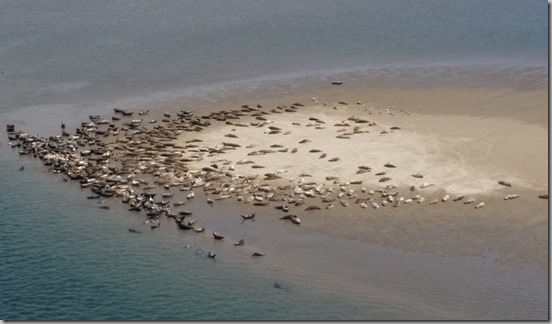 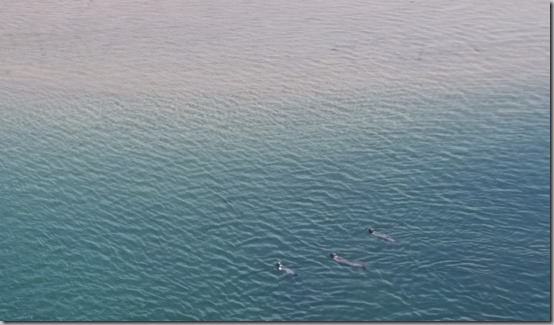 That was a cool stop and adventure. One thing to note is that the bridges along Highway 101 are each very ornate. They wanted to make the highway special, so they added a bunch of extra spires and decorations. 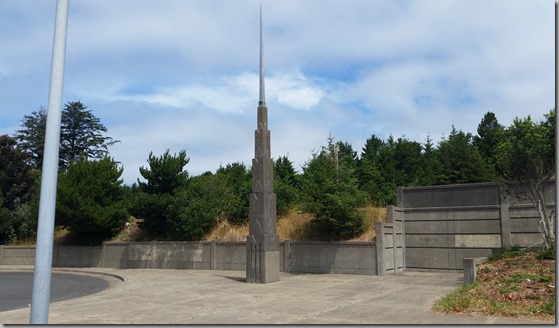 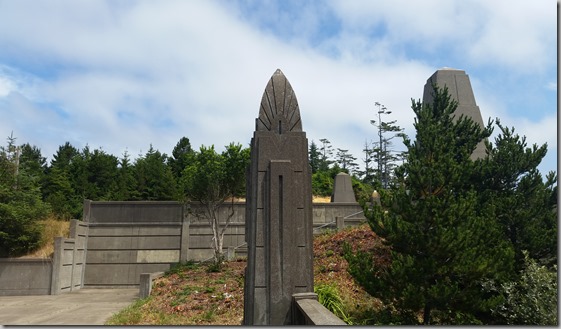 After stopping at a park for a picnic lunch, we continued south to the town of Newport. It is a very busy town and even has a Walmart. We did not stop because we wanted to get to Yaquina Head Lighthouse. Yaquina lighthouse is operated by the BLM, which makes it federal. That means our interagency pass gets us in for free. I wonder how many times we have used that pass. We started by going into the visitor center. We were told that the last tour just left, but they are difficult to get in anyway. We started with some movies and learned about the history of the area and some about the wildlife. 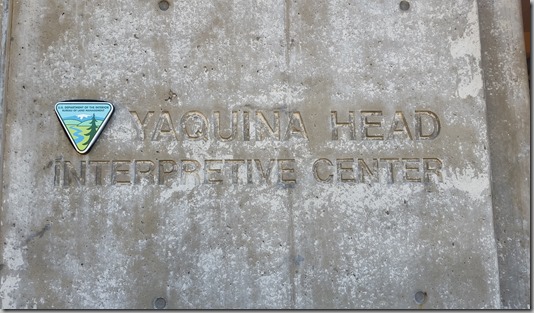 Then we took a walk. It is a beautiful setting. 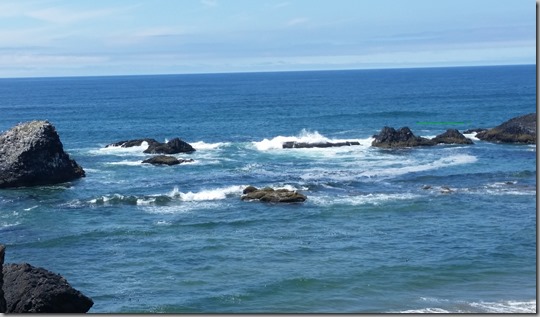 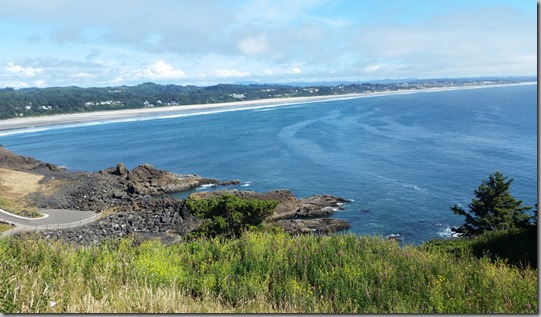 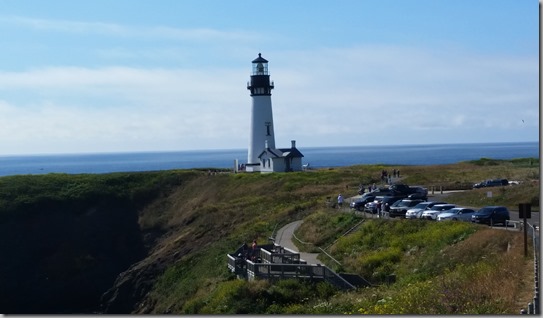 They had a place that invited you to go down and explore the tide pools. You could see a variety of plant and animal life living among the rocks. The beach in this area was made up of black rocks. When you stepped on them, they made a strange clacking sound. They were hard to walk on. 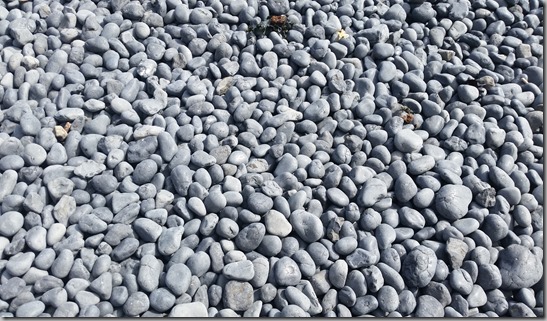 There were a few harbor seals hanging out on the rocks in the cove. 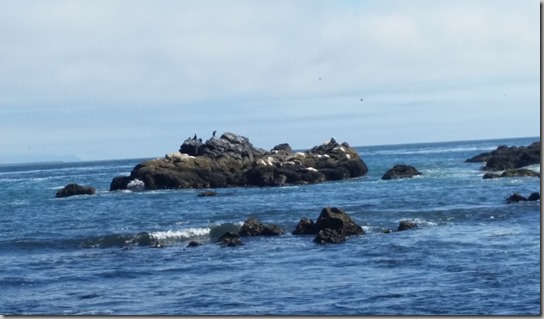 There were huge flocks of seabirds nesting on the rocks. 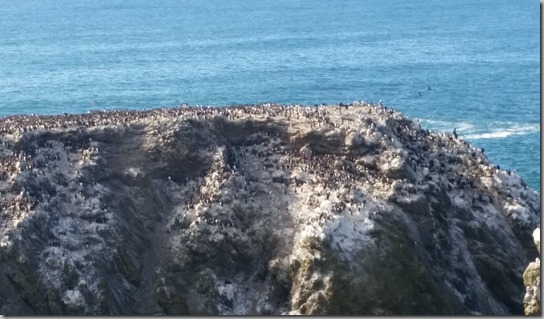 Oh yeah, the lighthouse was pretty cool also. The lighting was bad for pictures, but  I did the best I could. 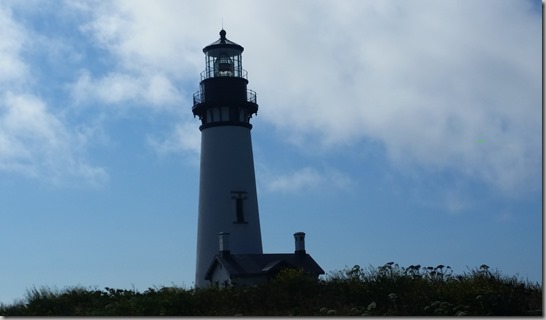 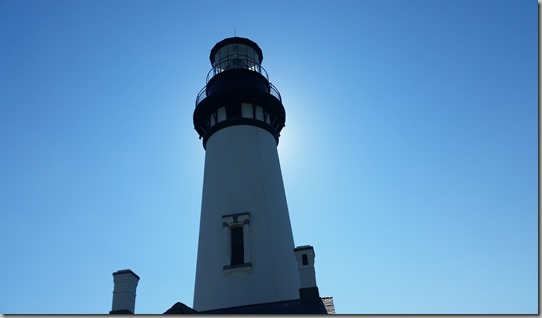 Along the walk, the wildflowers were very nice. 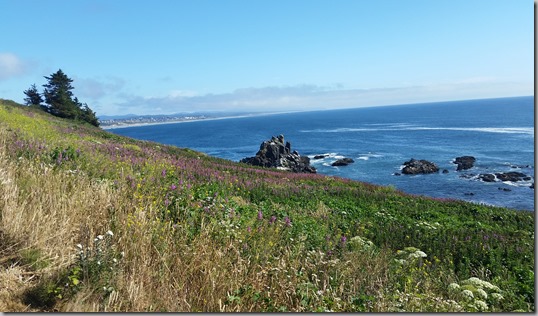 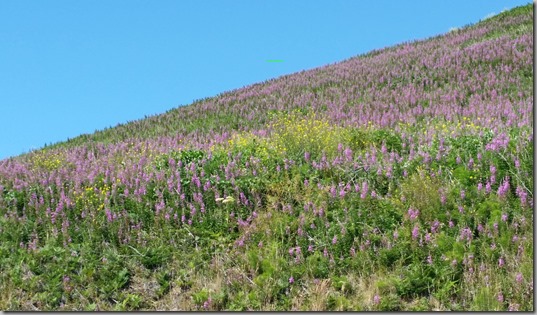 It was getting late, by the time we got back in the truck. We made the drive back to our campsite and had a late dinner. It was a fun day with an unexpected gem of a wildlife encounter mixed in. I now think seagulls are cool.

We were really ready for a few down days to just relax and read. I have been reading about American Indian history and Abraham Lincoln. Both are about the same time in history. We had a few more adventures in us this week, but mostly we just hung out at the campground and went for evening walks on the beach. It is a tough life, but someone has to do it. Come back to see if we ever get off of our lazy backsides and actually do something.

Posted by ktmissouri at 2:24 PM