We left the Sand hills behind on March 18th. We took a drive west on I 20 to Pecos and then north to Carlsbad, NM. It was an easy drive except the water hauling trucks and the degraded roads. I commented more than once that the area was as ugly as any area I have seen. When we finally crossed the New Mexico border, the terrain changed immediately. The flat ground full of oil wells was now a more hilly and desert terrain. We came to the area to see The Carlsbad Caverns National Park. The Brantley Lake State Park is about 30 miles north of the NP. Although this area is dry, they do have water in their lake. 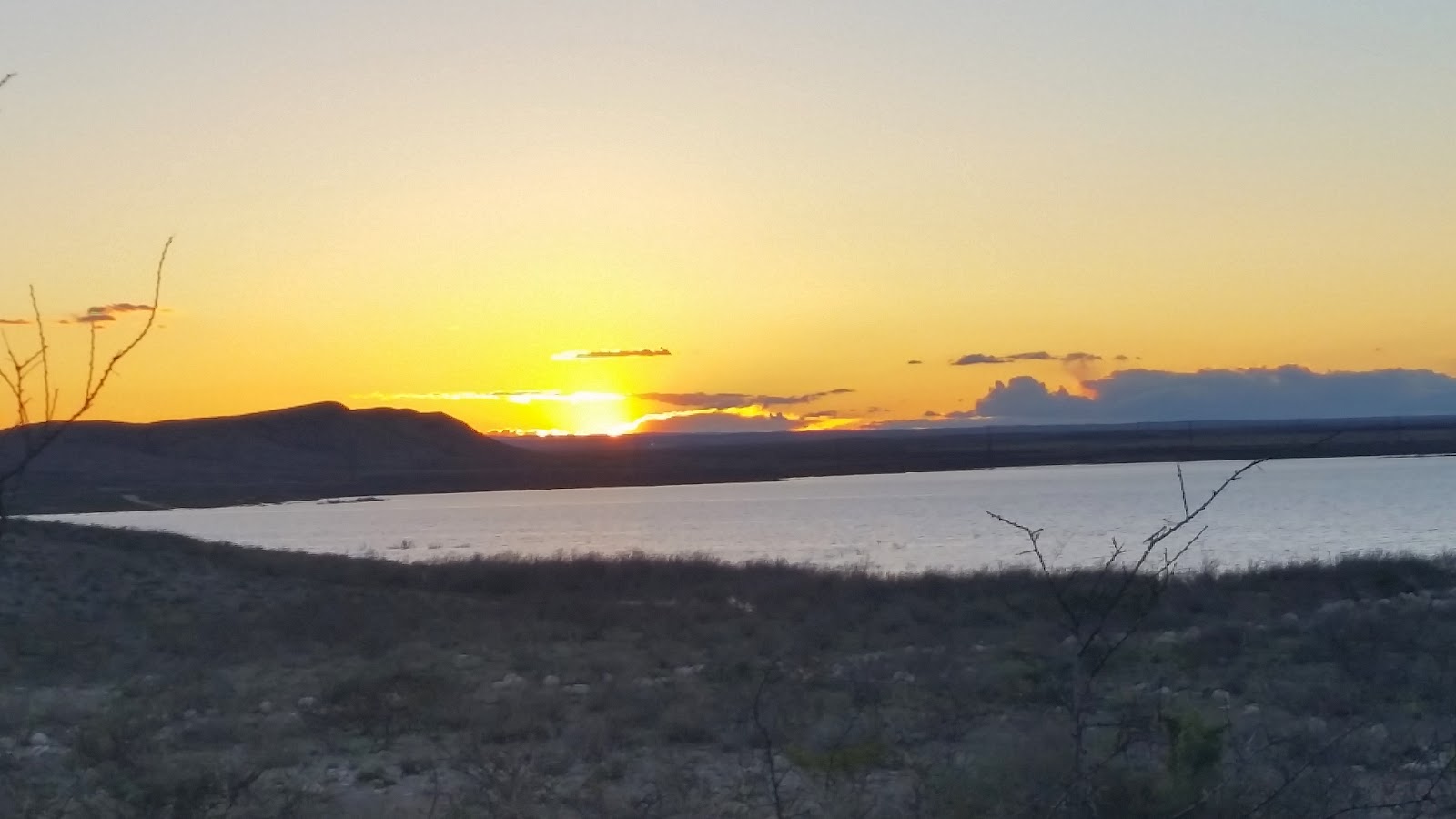 There are some desert animals in the park including some bunnies and some roadrunners. I have always liked roadrunners. 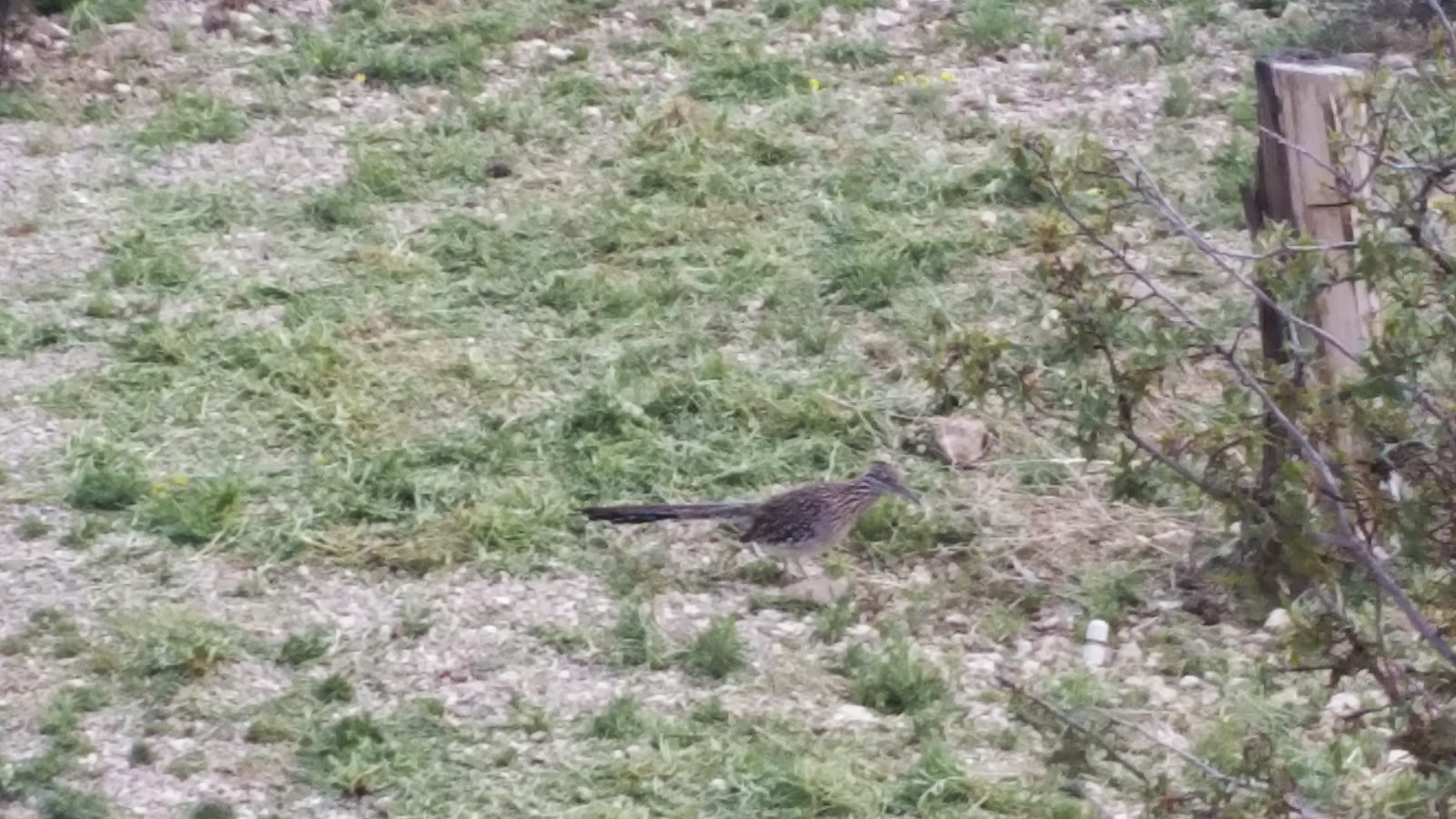 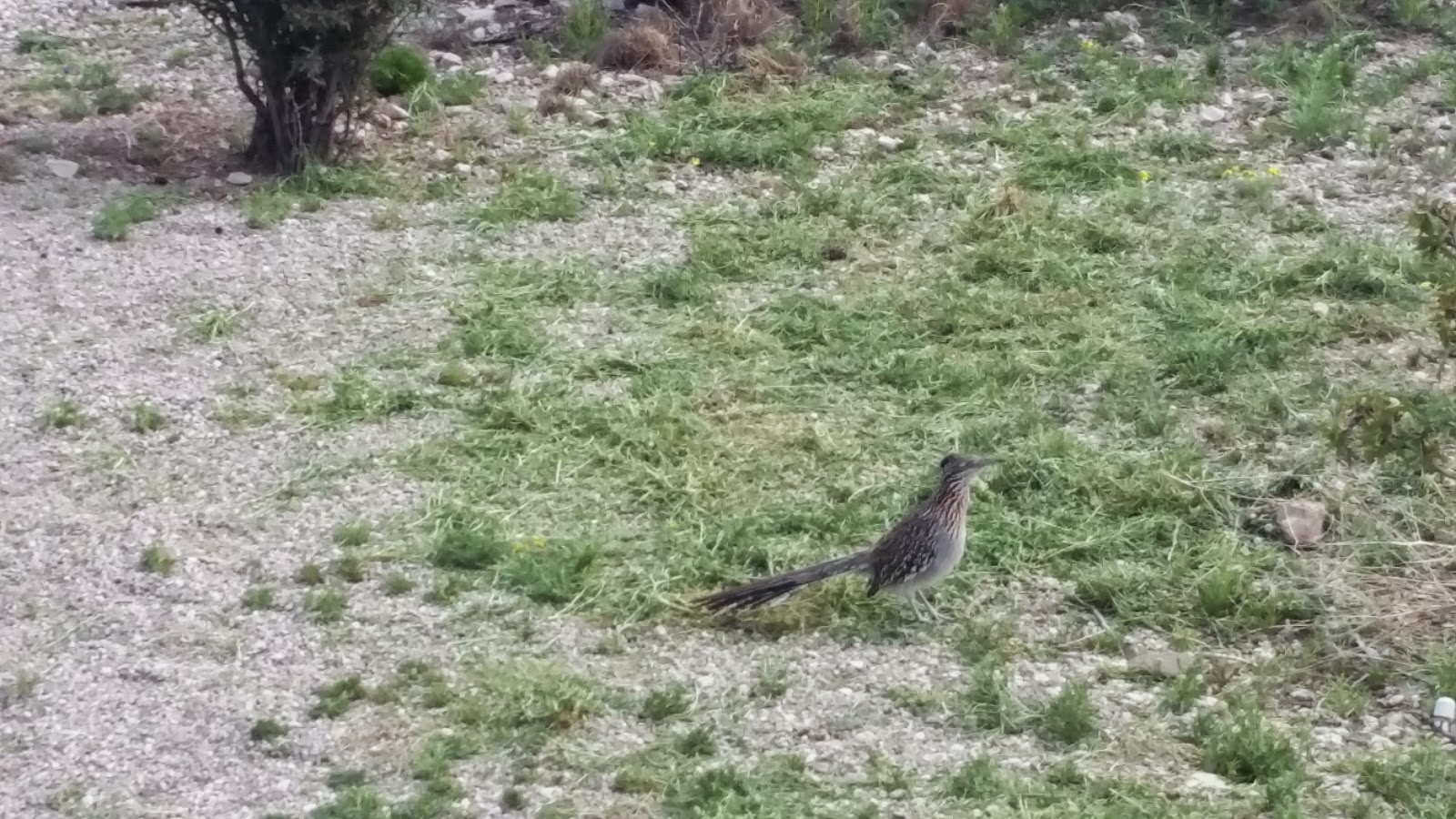 We have actually had two sites in this park. It is a really long story how that happened, but the details are not very interesting. Suffice it to say, I hate Reserve America. Somebody needs to develop some competition for them and hopefully end their very unfair business practices. Here are some shots of our second site. It really is very nice. 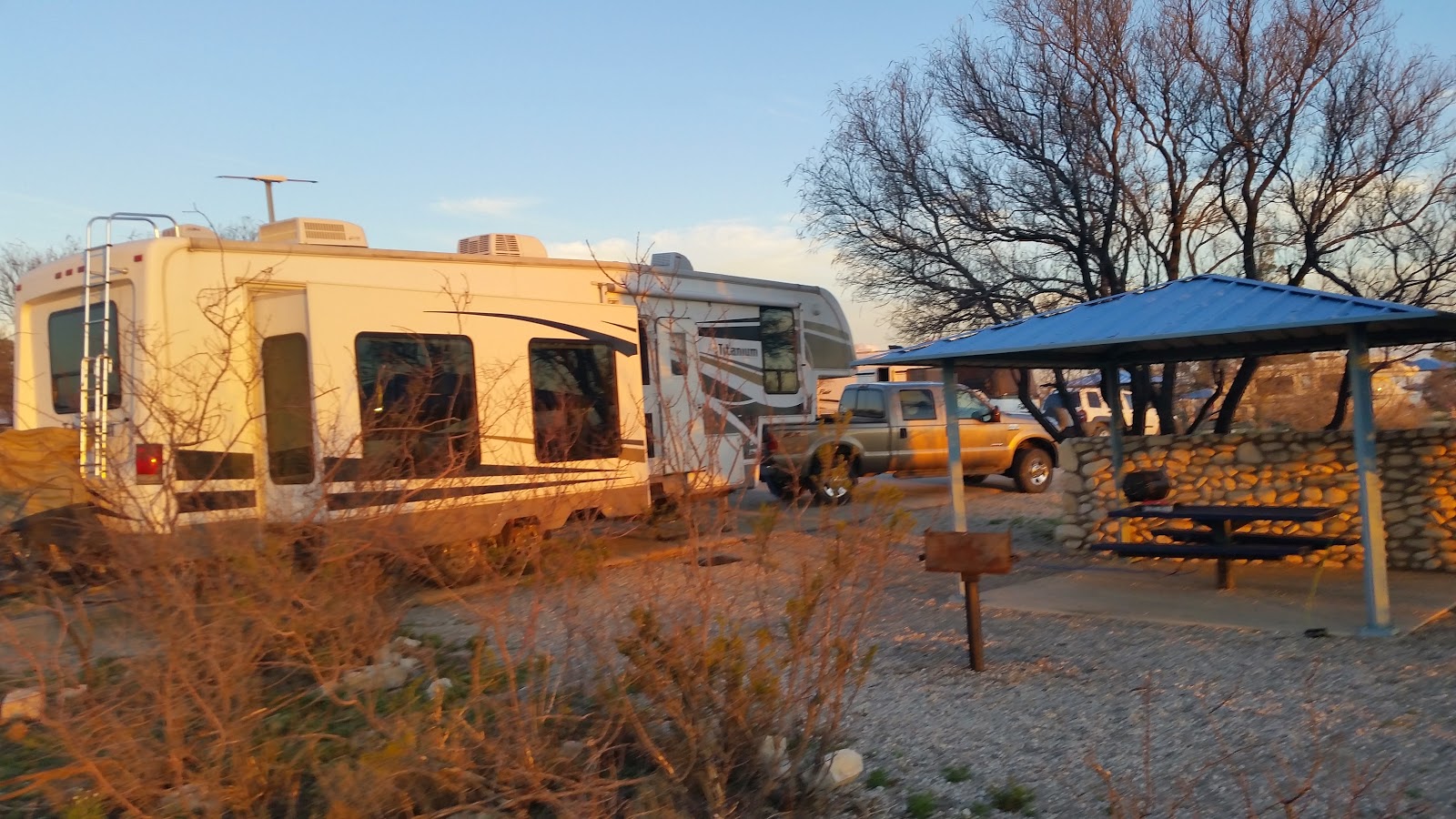 I have been wanting to go to check out some of the motorcycle riding areas that are in New Mexico. One of the ones I wanted to see is only about 30 miles away. I decided to take a little Dual Sport ride out to see the area. I made it about 3 miles from the trailer. I was riding along at what I felt was a reasonable speed when I noted a cattle guard in the road in front of me. At the last moment, I also noticed a cable stretching across the road. I slammed on the brakes, but the surface was hard packed dirt with loose sand on top. I was unable to control the slide and I went down. I do wear my gear, so I came away with just a couple of scrapes, but I was not happy. People just need to think before they put a cable across the road. After getting up, I noticed that I did not have any rear brakes. I cut my brake line. I will need to replace it. I have put the wheels in motion to get one shipped to a dealer in northern New Mexico. I can hopefully still get some riding in before we leave the state.

We have been thinking about our plans over the next few days. The ski areas in New Mexico are getting a bunch of fresh powder tonight. We are thinking about going skiing in the next week or so. Stay tuned for some pictures of Carlsbad Caverns and maybe some skiing. 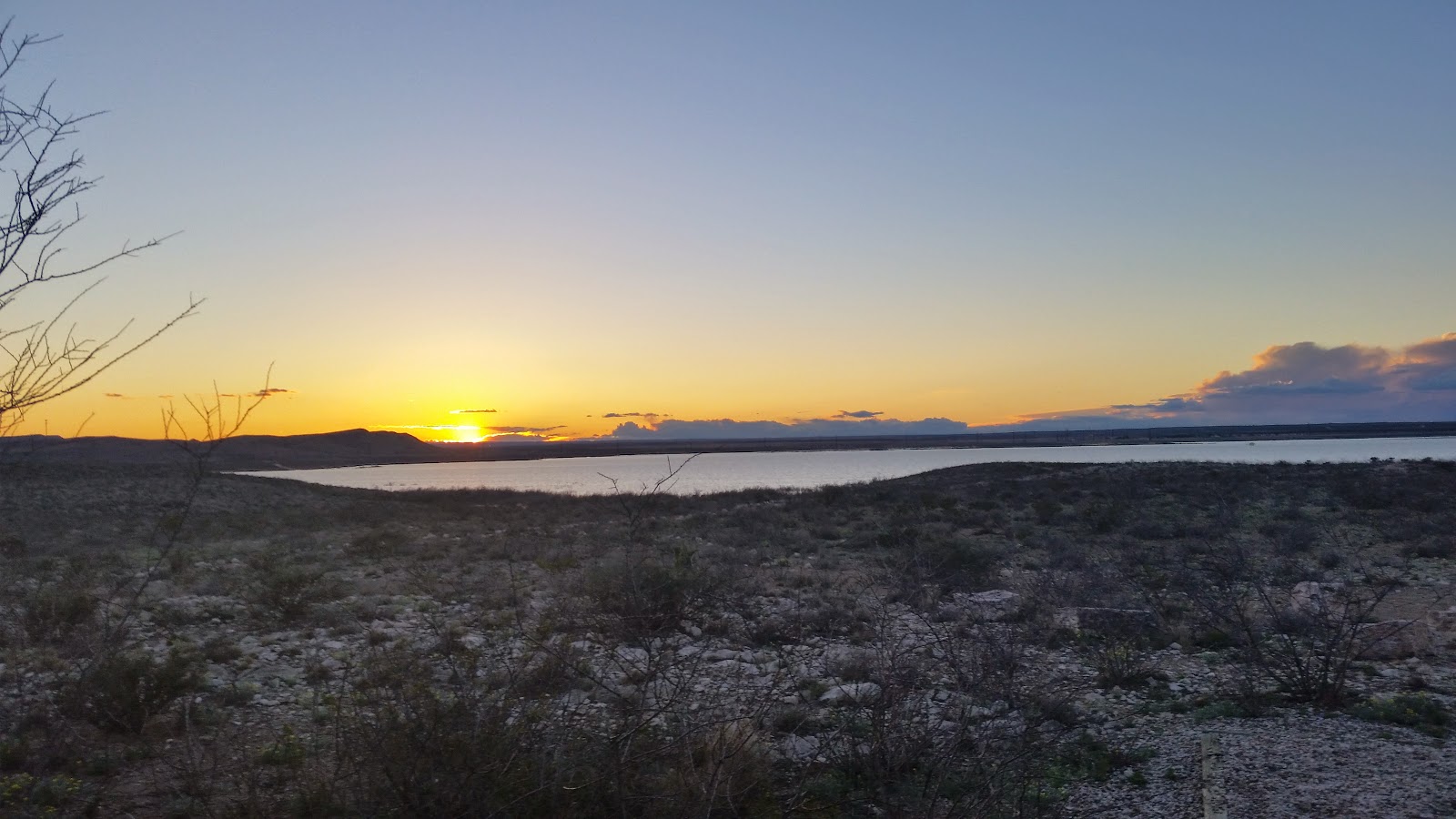 Take time to enjoy your day.