Carlsbad Caverns and a chance meeting

On Friday March 20, we got up early and got ready to head to Carlsbad Caverns. We left the trailer by 9:30. OK, so we just changed to mountain time and we got an extra hour of sleep. Man are we getting lazy. I will call it well rested. We would need the extra rest on this day.

We drove the 39 miles to Carlsbad Caverns National Park. We were both excited to see the caverns again. The last time we were there was 1985 when we had two young children. We had both also been there with our families growing up. We went in the visitor center and got our tickets for the self guided tours. It was free because of our National Park Pass. Then we walked down to the place that they give you a talk before going in. We met three guys from NYC and other places that are on a two week trip. We told them about our trip and they thought that sounded cool. I gave them on of our cards, so let us know if you find your way to the blog. Just as we were leaving to start into the cave. We saw a family that we recognized. It was Kim's cousin Ashley and wife Renee and two girls, Kendall and Ellie. I hope I spelled all of those name correctly. It was amazing that they just happened to be there in the light of day just as we were going in. They were just coming out after doing the tour backwards. They had just climbed up out of the cave. After walking down in, and taking the elevator out, the walk out looked brutal. It was great seeing them.

Then we headed down into the natural entrance of the cave. 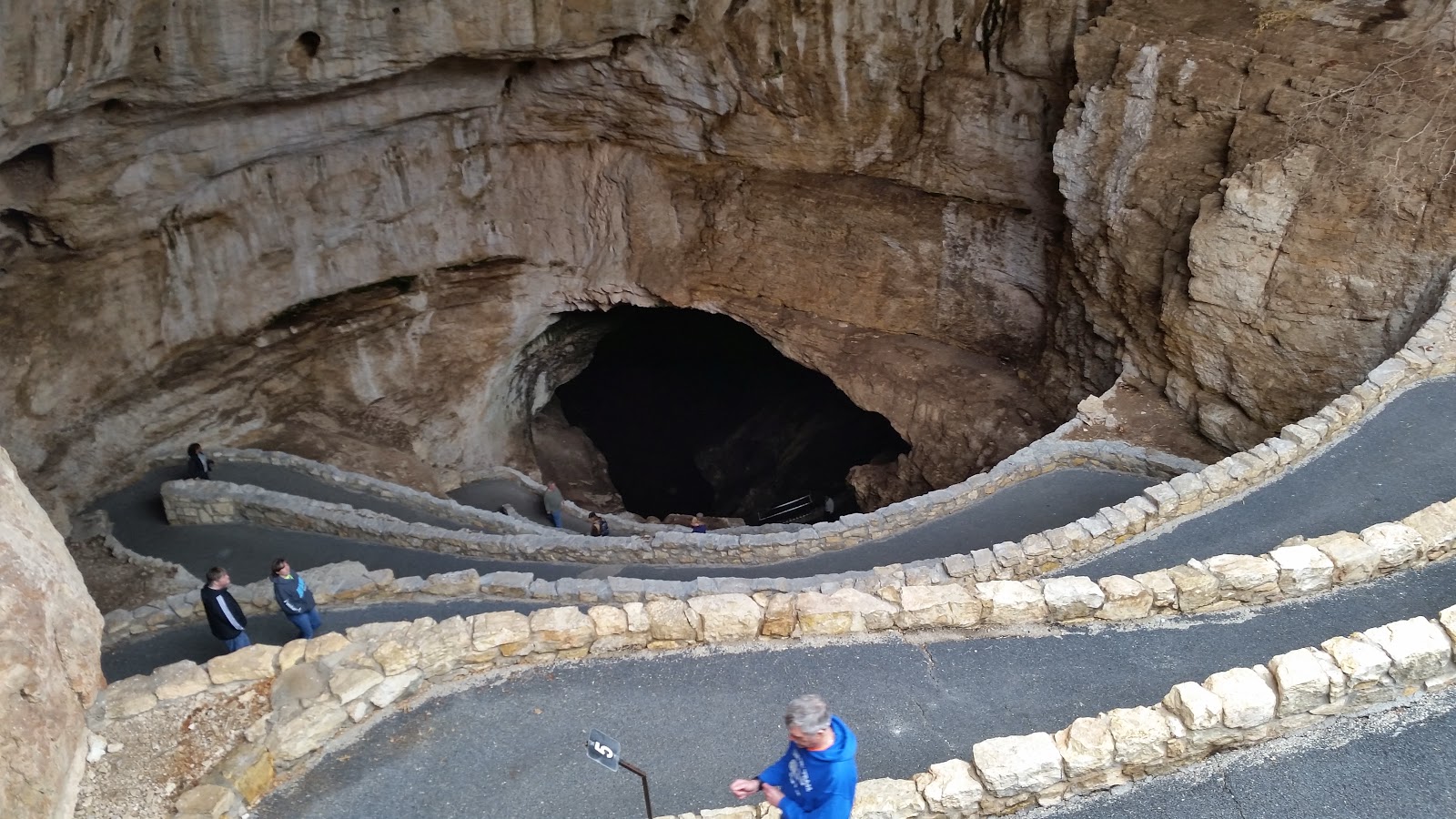 Here is the view back up: 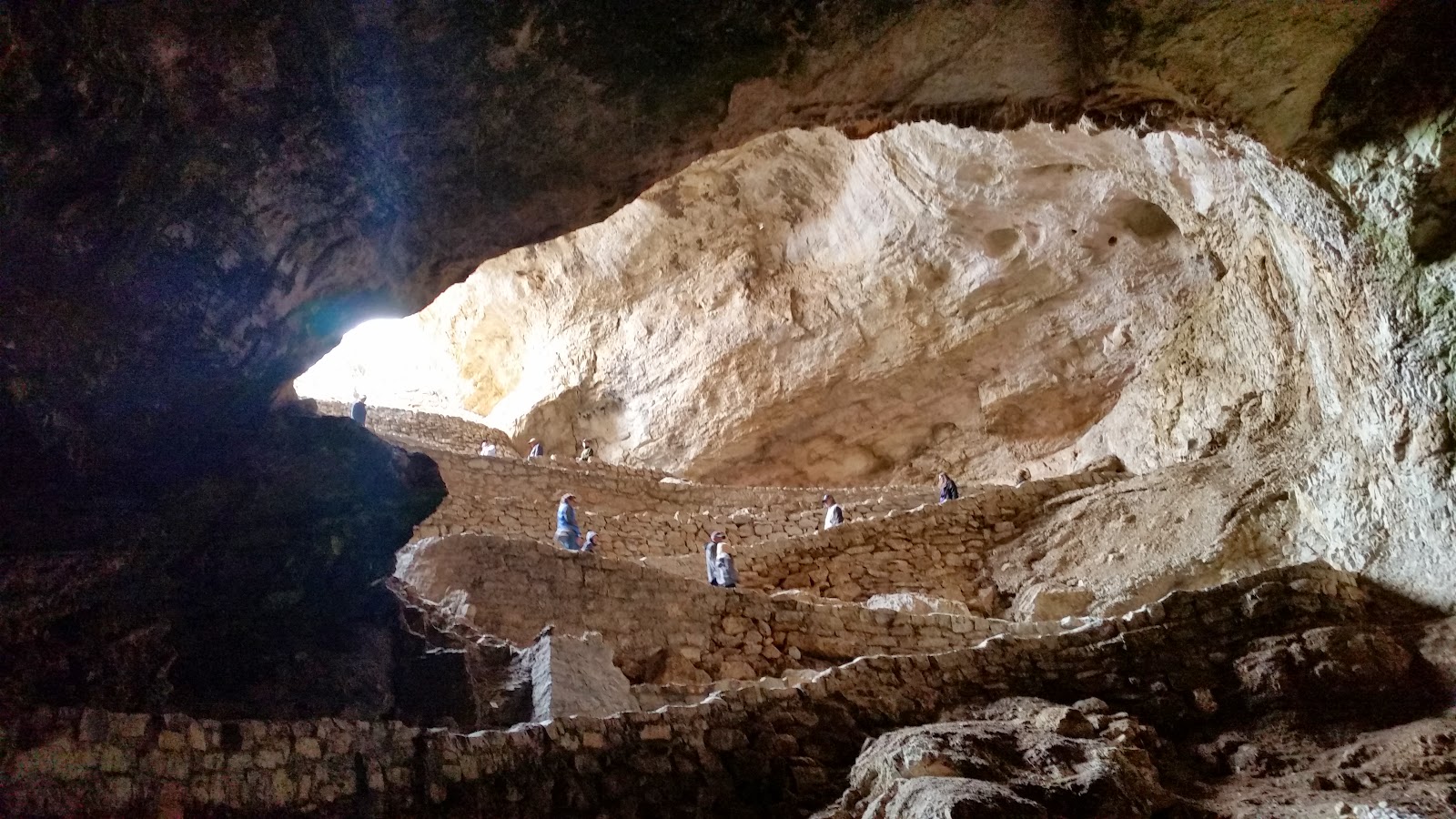 It is every bit as steep as it looks making the climb back out by Ash and family that much more impressive. The problem from here on is picking what pictures to choose. Between Kim and I, we took about 100 shots. Many turned out pretty good. 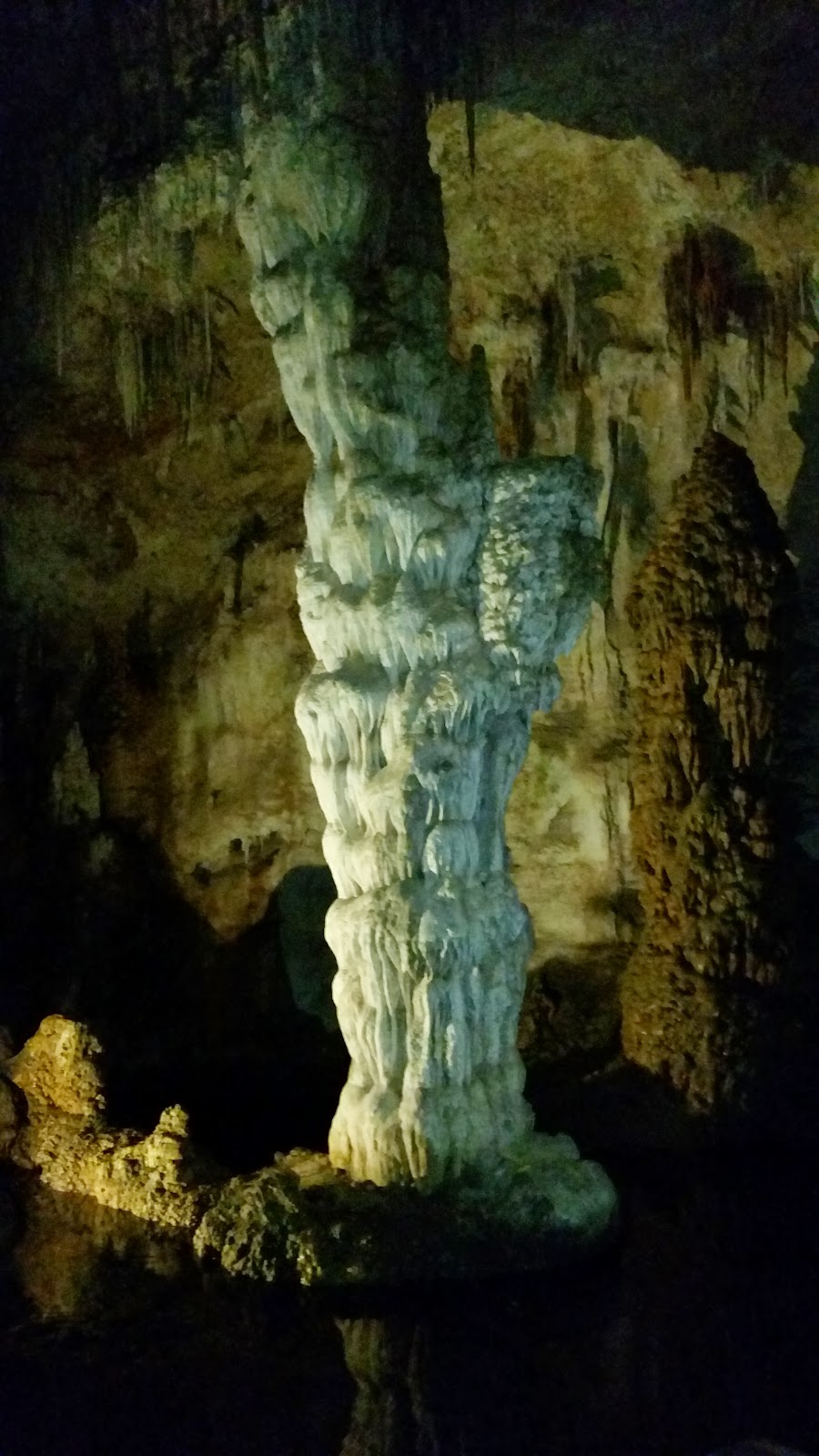 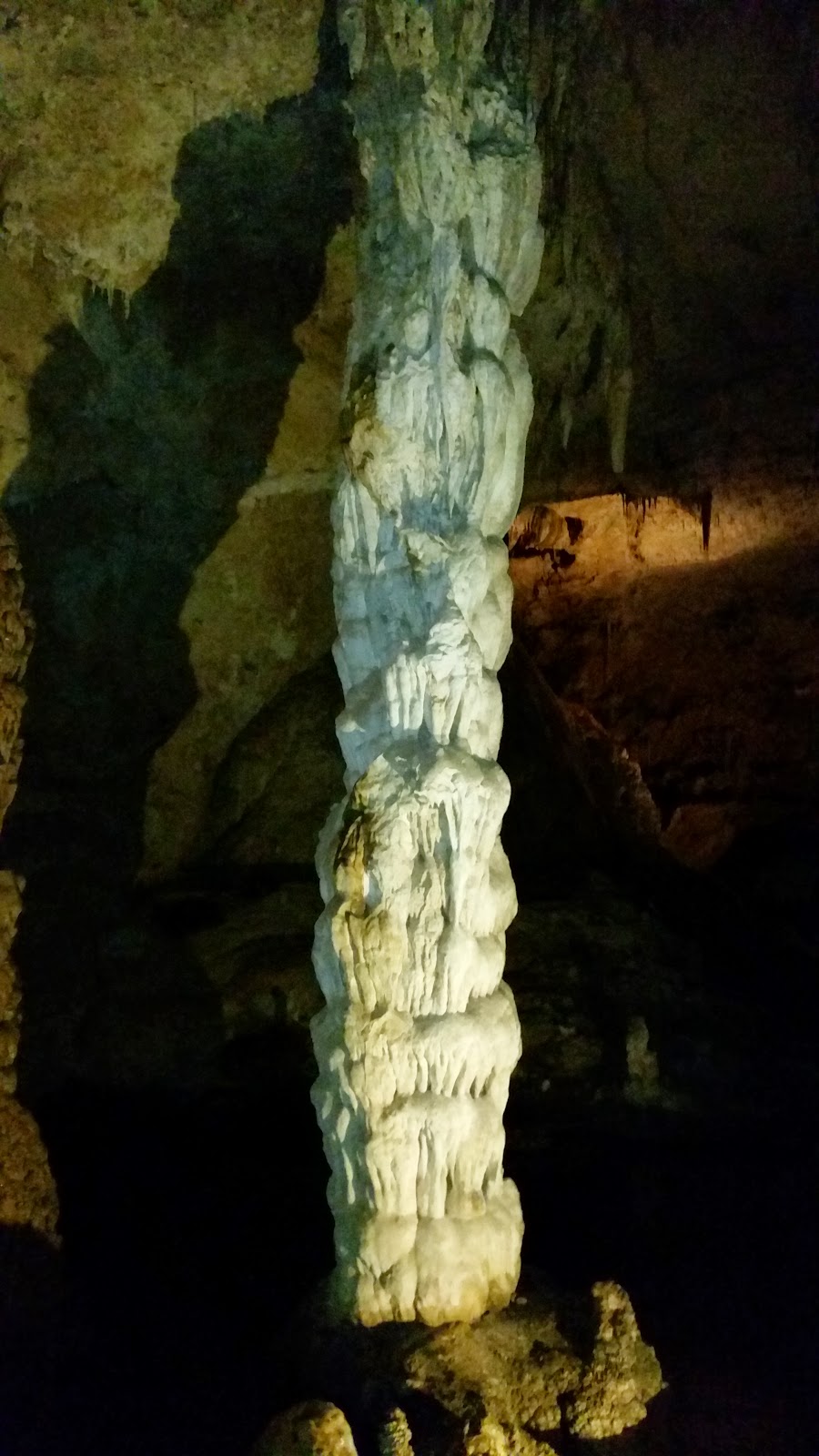 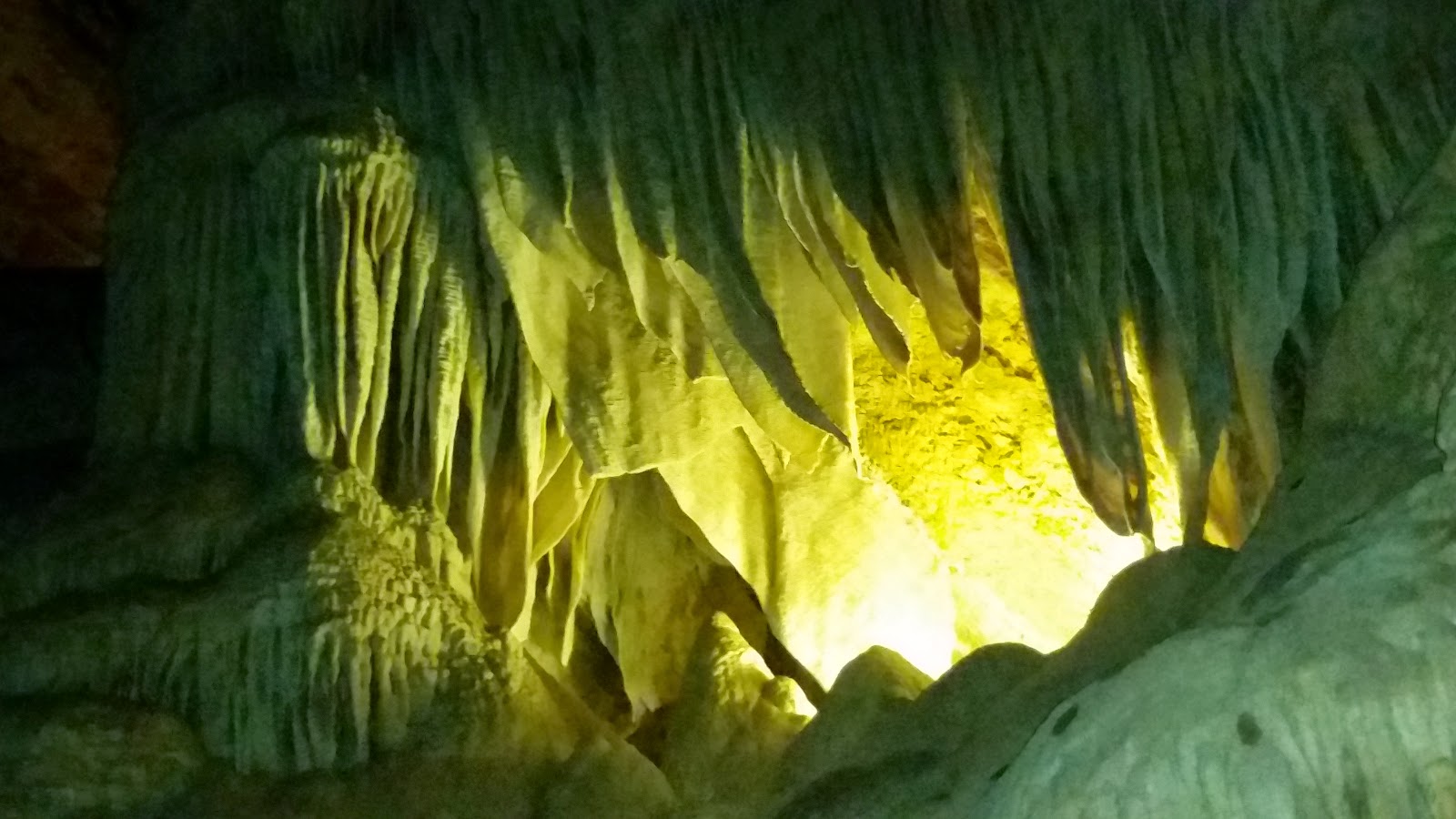 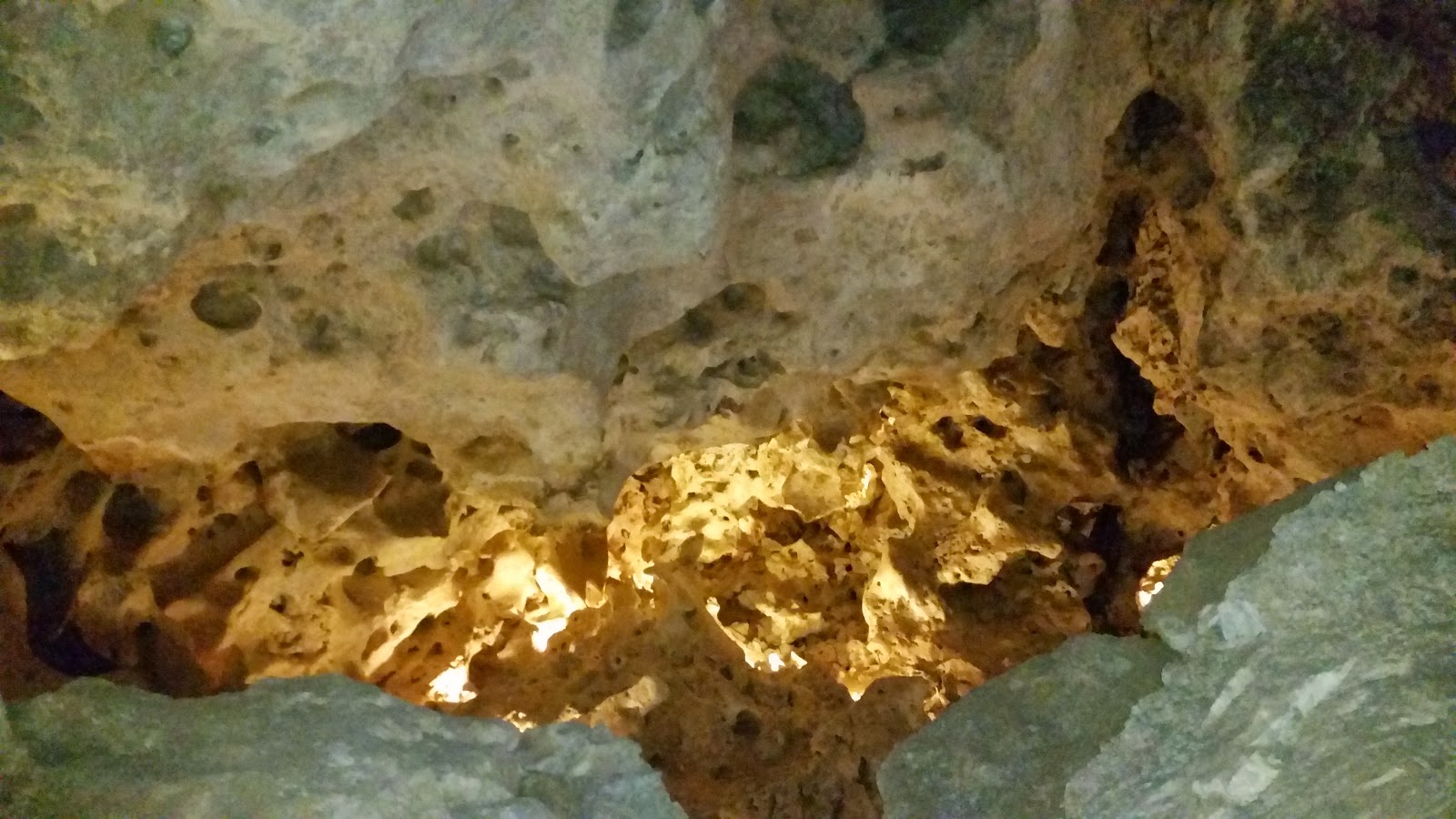 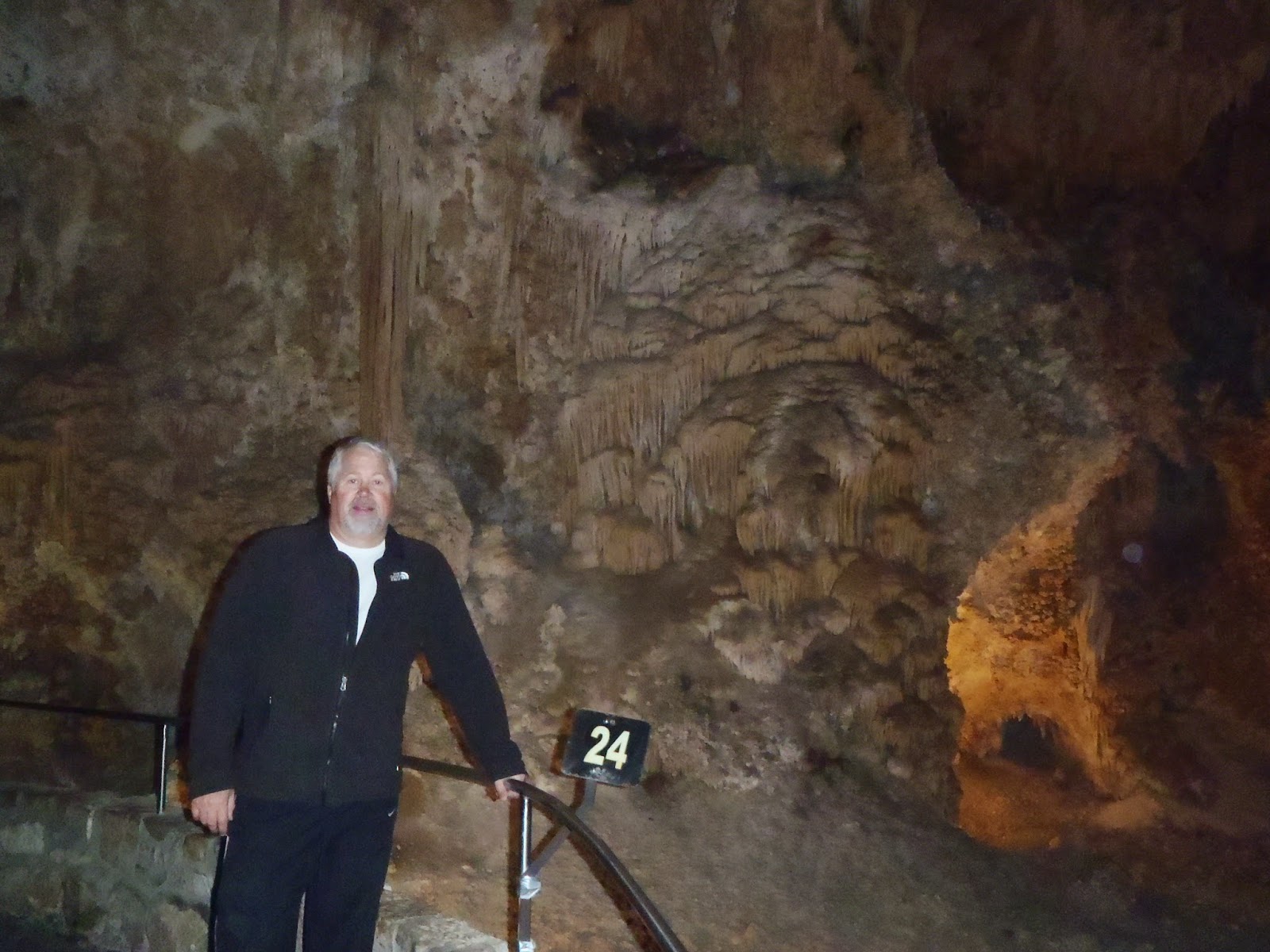 I kept saying "Wow" and "check that out". I spent most of the day in awe. 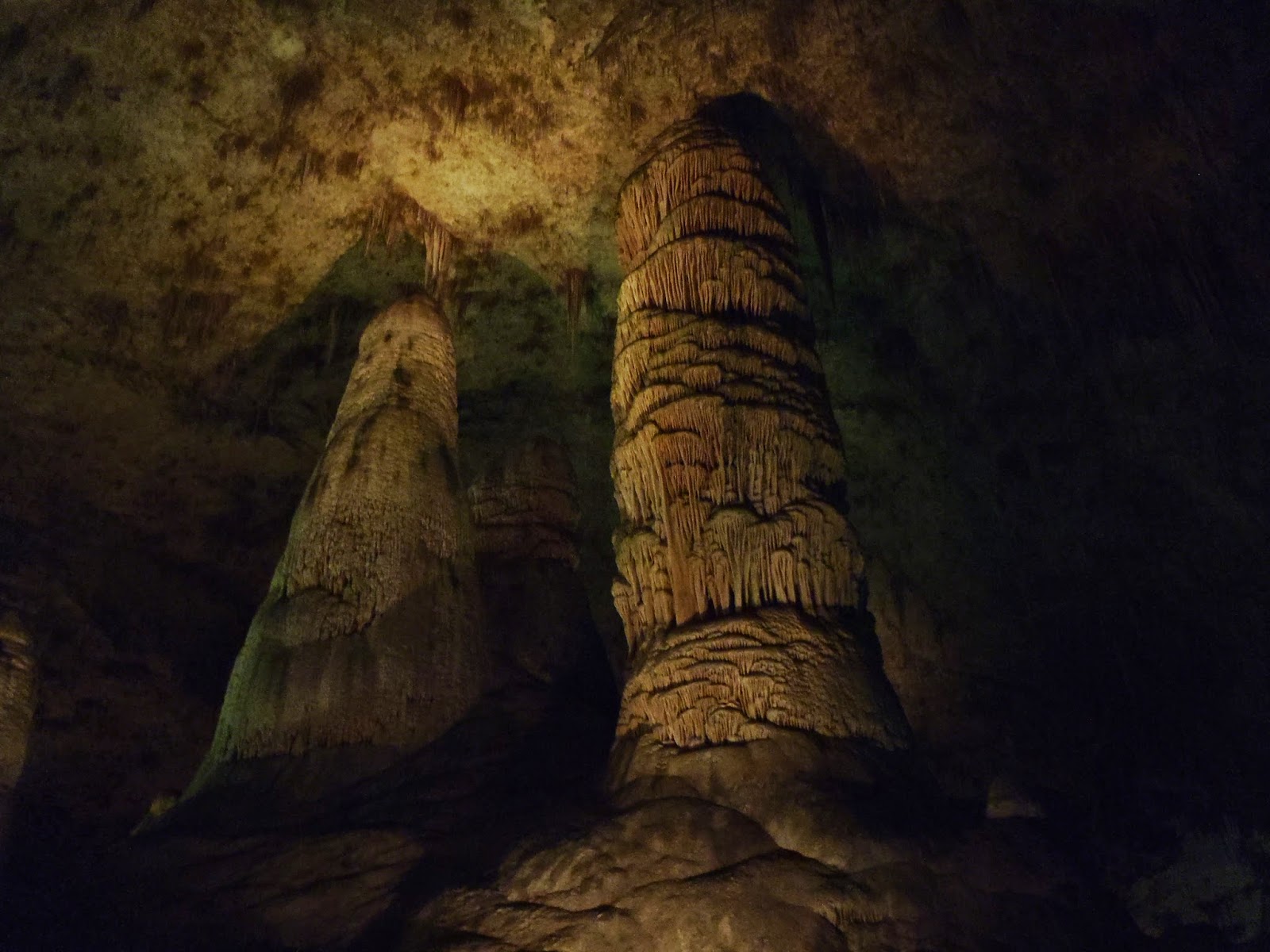 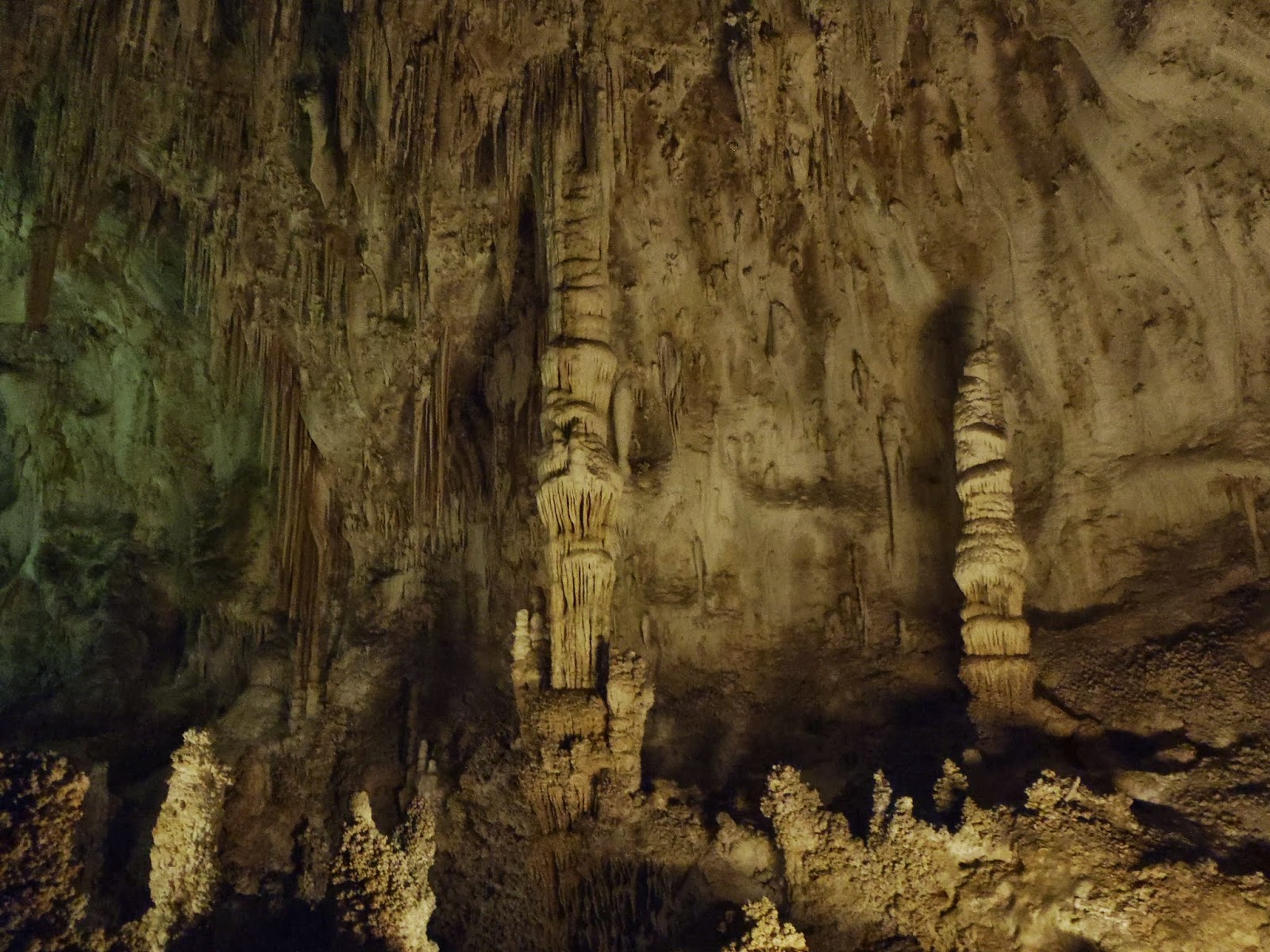 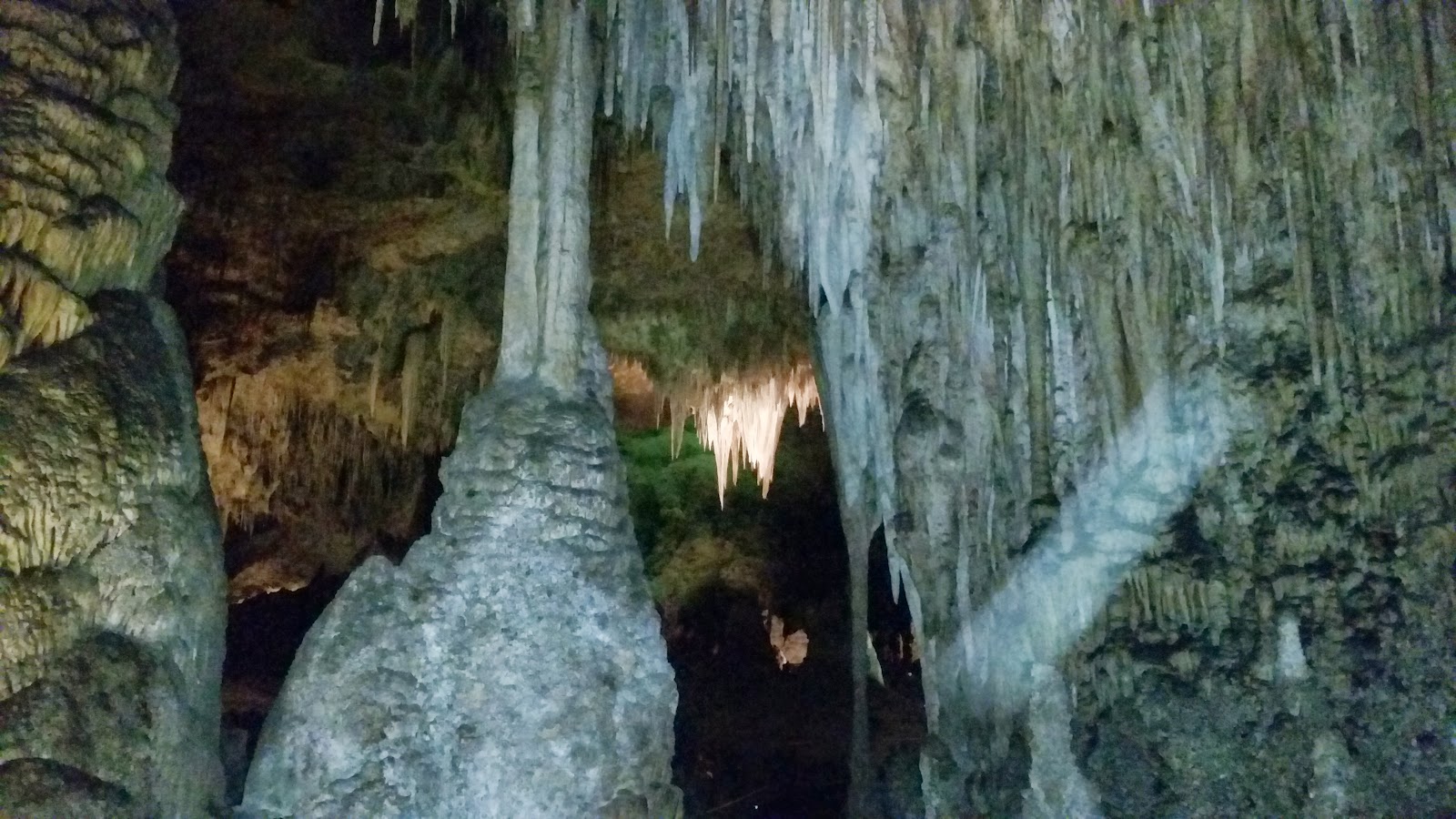 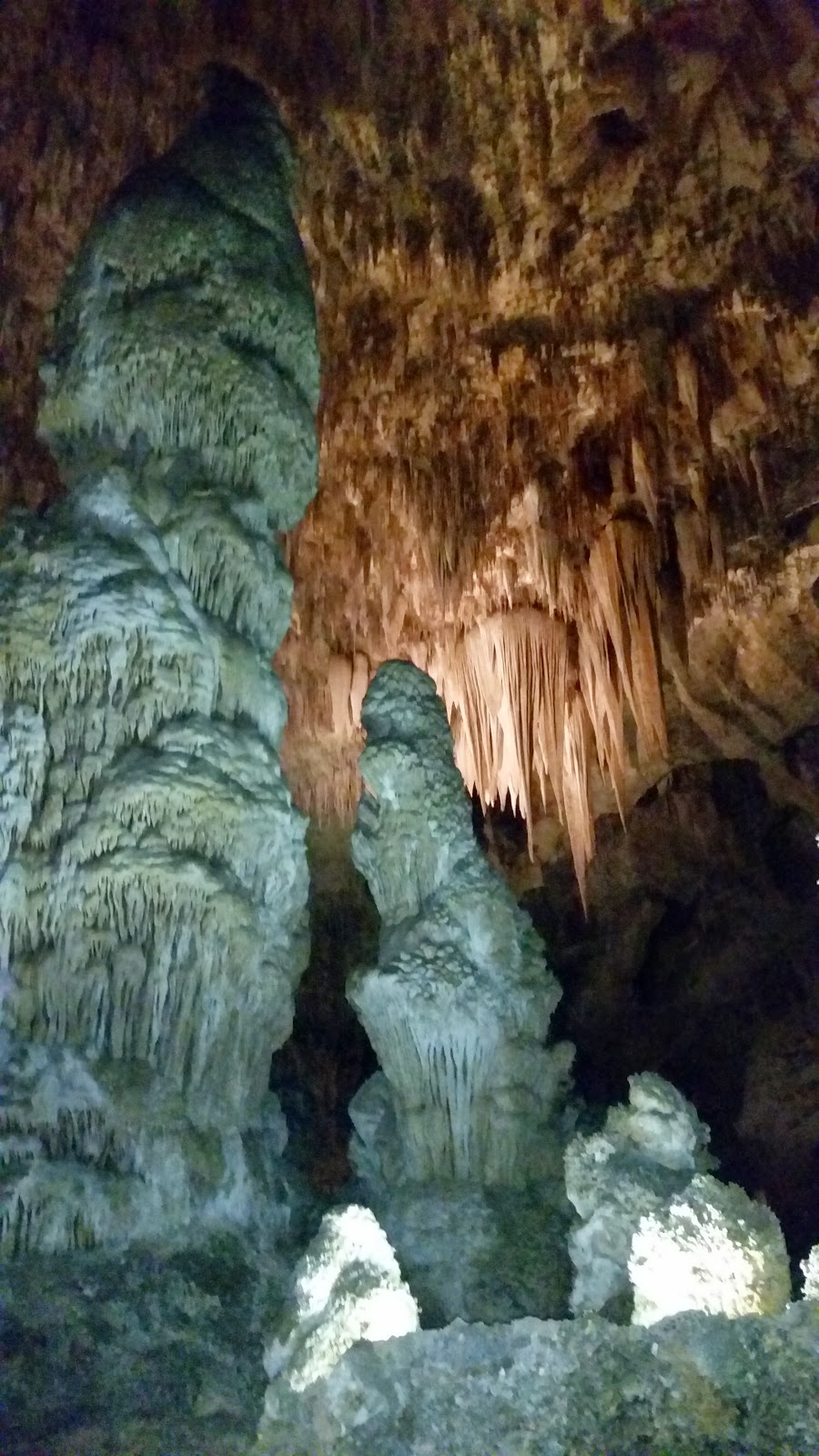 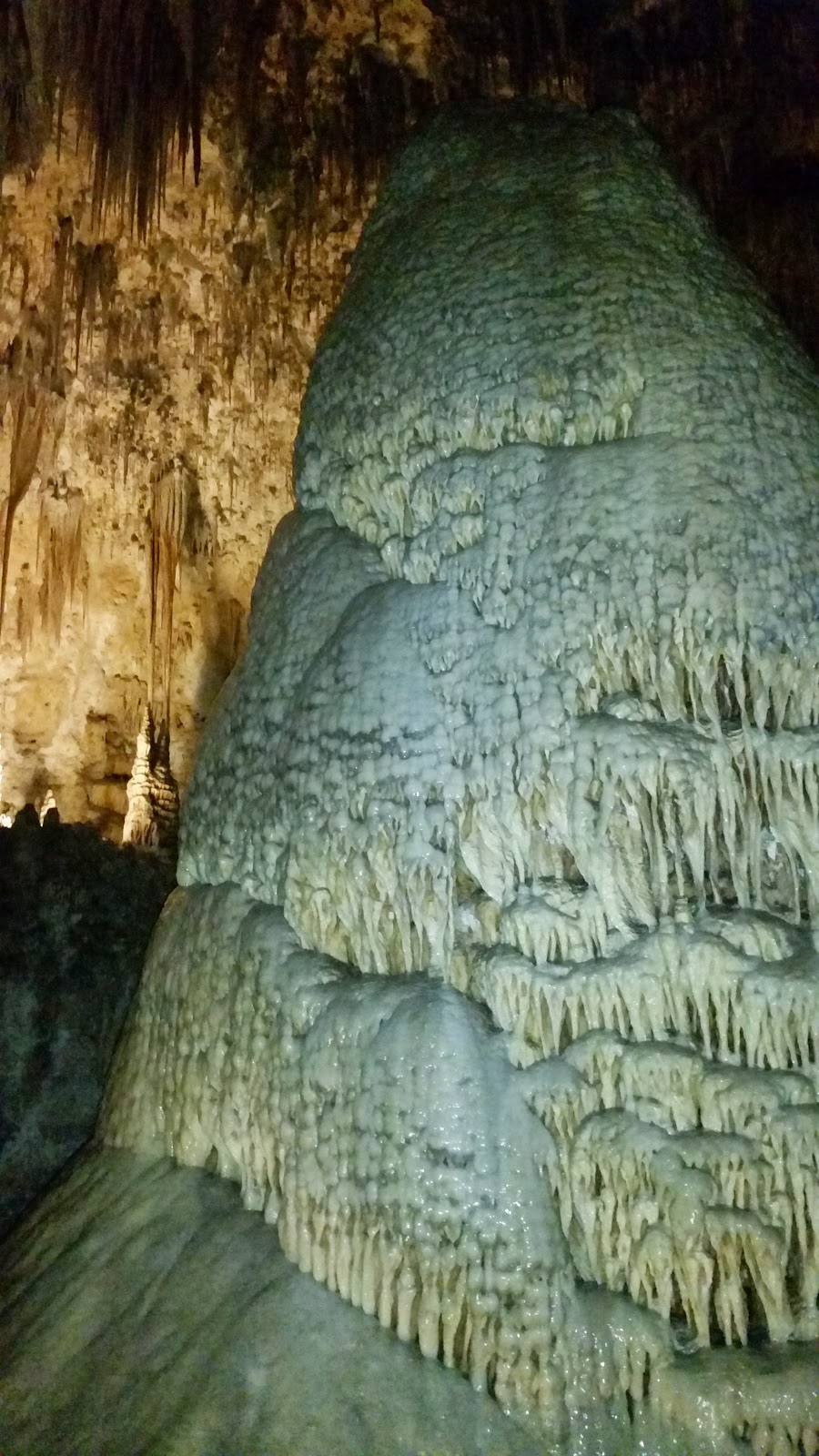 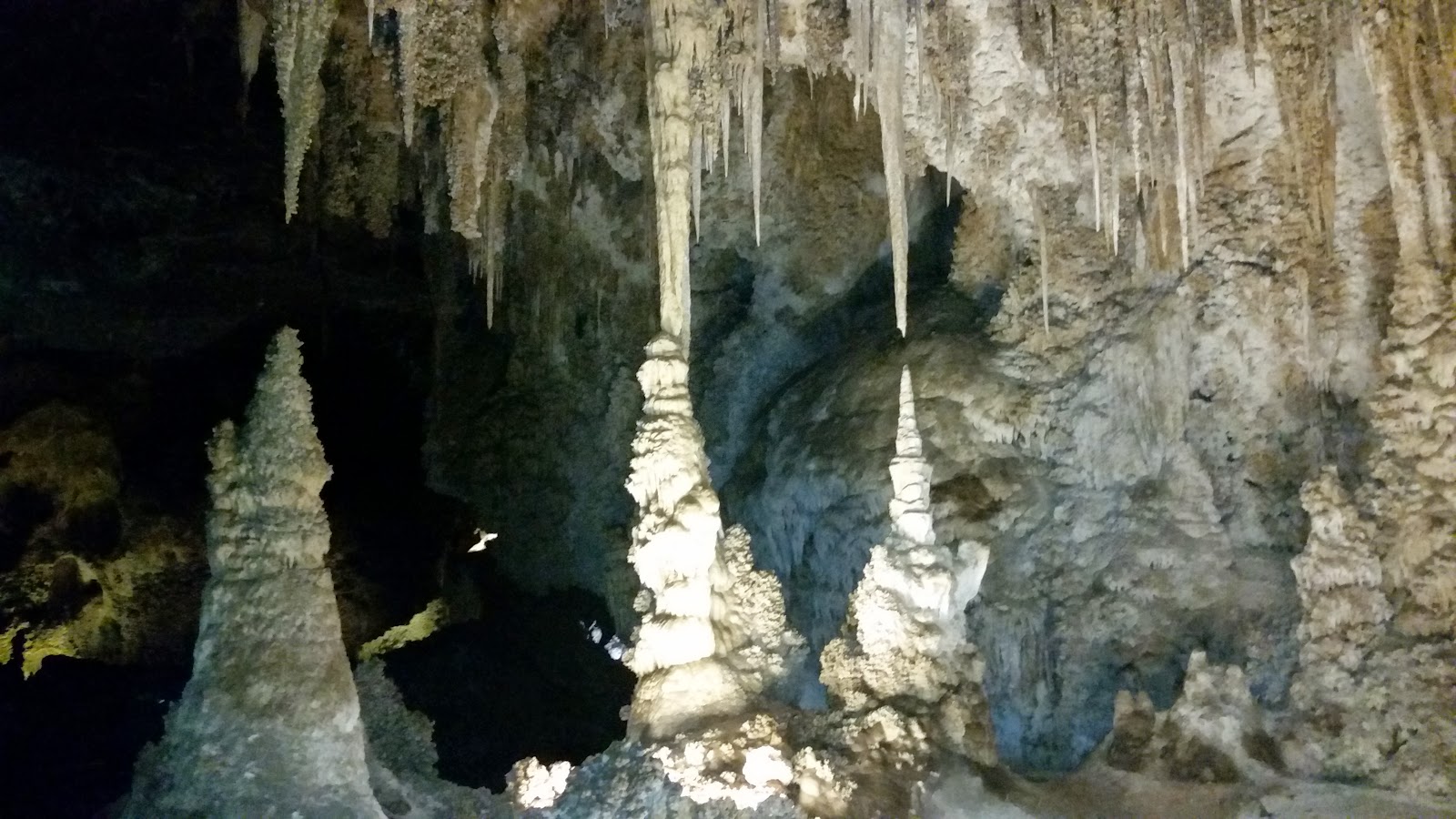 OK, you get the idea. It was really cool and we really enjoyed it. We walked about 2.5 miles in the cave. We have been to a number of other caves and this is clearly the best we have been to. The size of the rooms and the formations is just amazing.

We then began to drive out of the park and we saw some mountain sheep or goats (not sure which one). Check out the second picture of the babies having a late lunch. 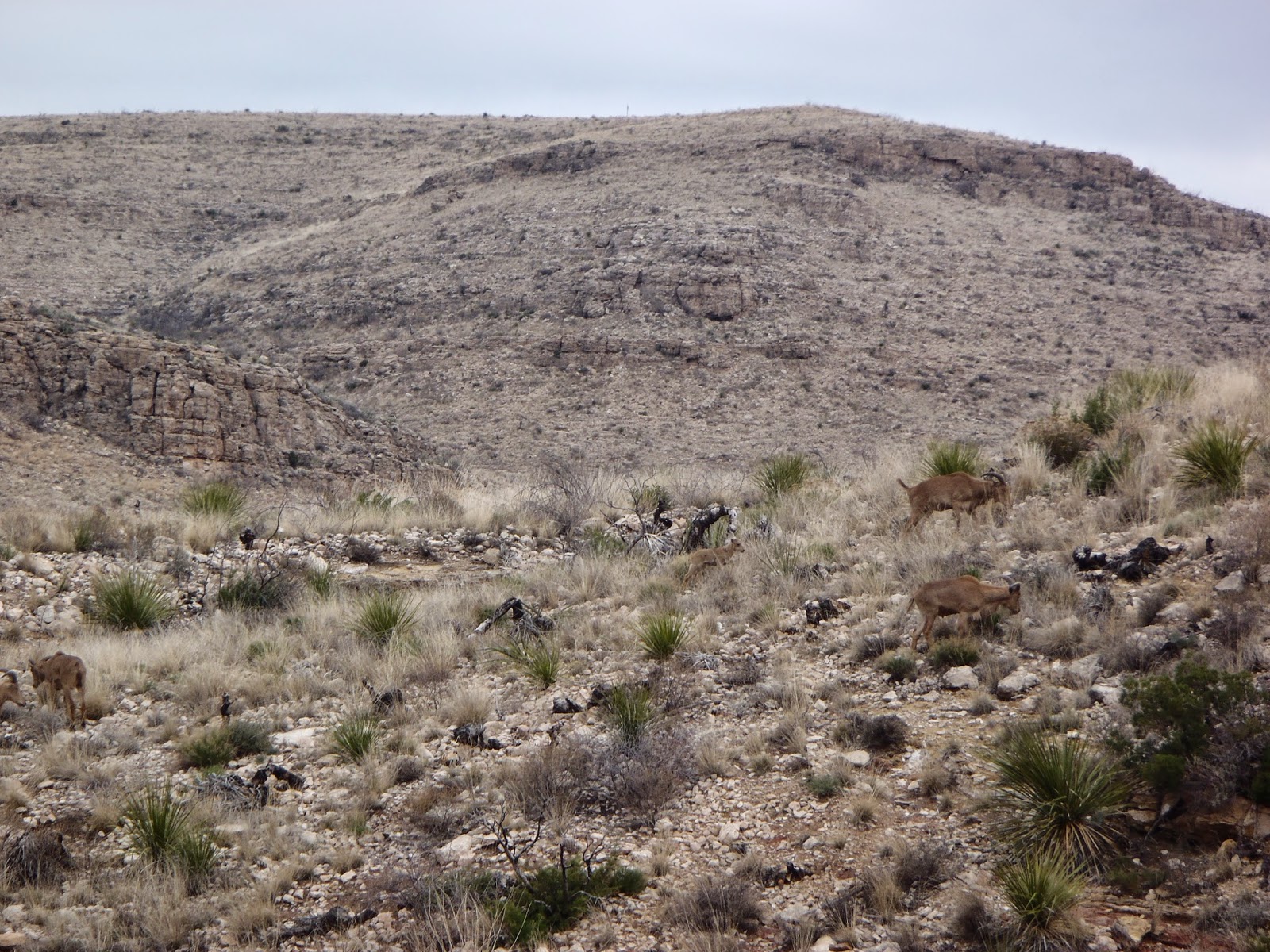 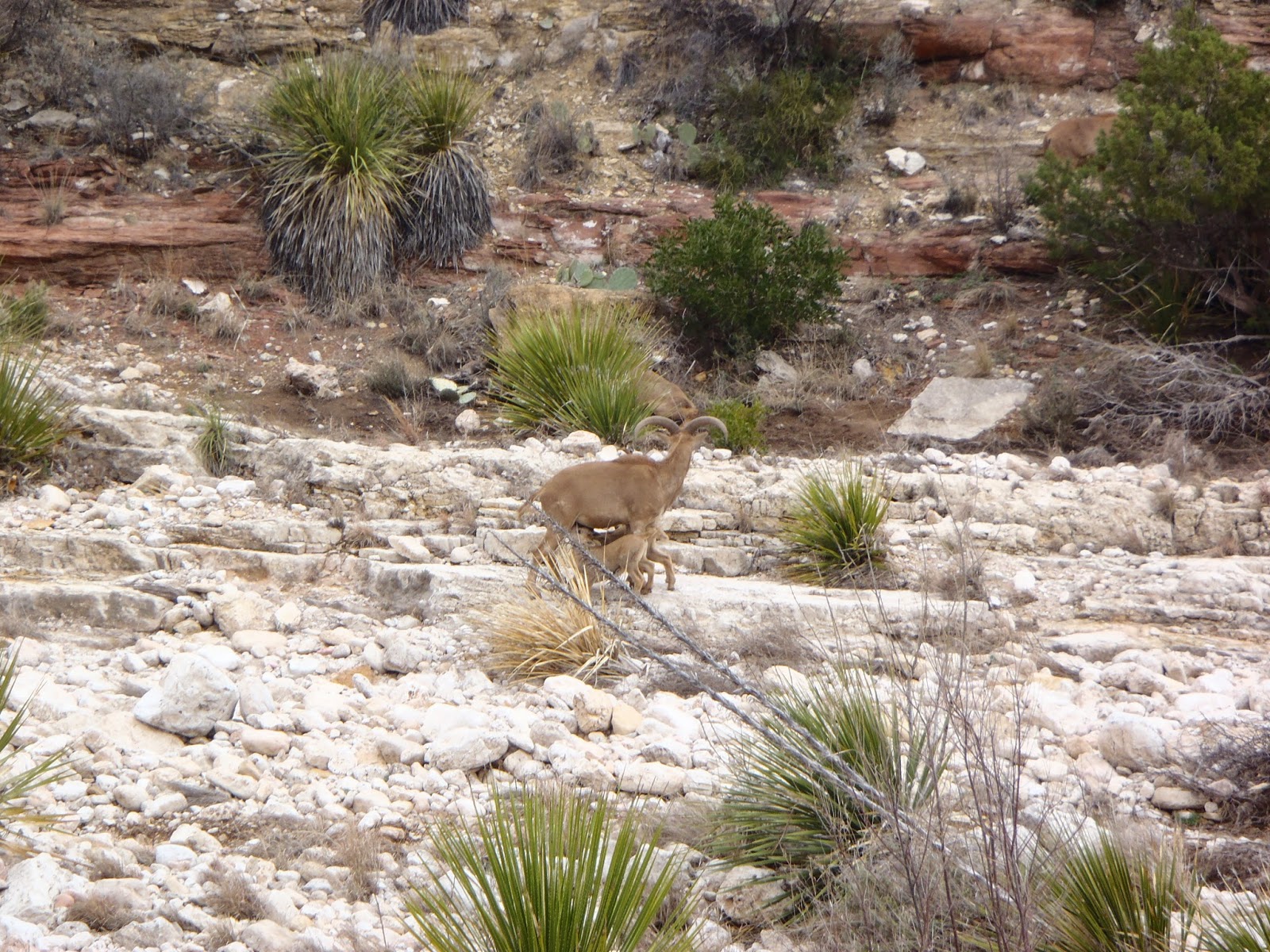 If that was not enough to do in one day, we knew we were only 35 miles from Guadalupe Mountains National Park. We figured if it was a NP, it was going to be impressive. So, we went back into Texas and went to the visitor center. I had considered camping there, but it is really not set up for big rigs. This is a park that is best seen by hiking up the steep mountains. The views are very beautiful. Here are a few shots to show you the views from the visitor center. There was some fog and clouds in the mountains. 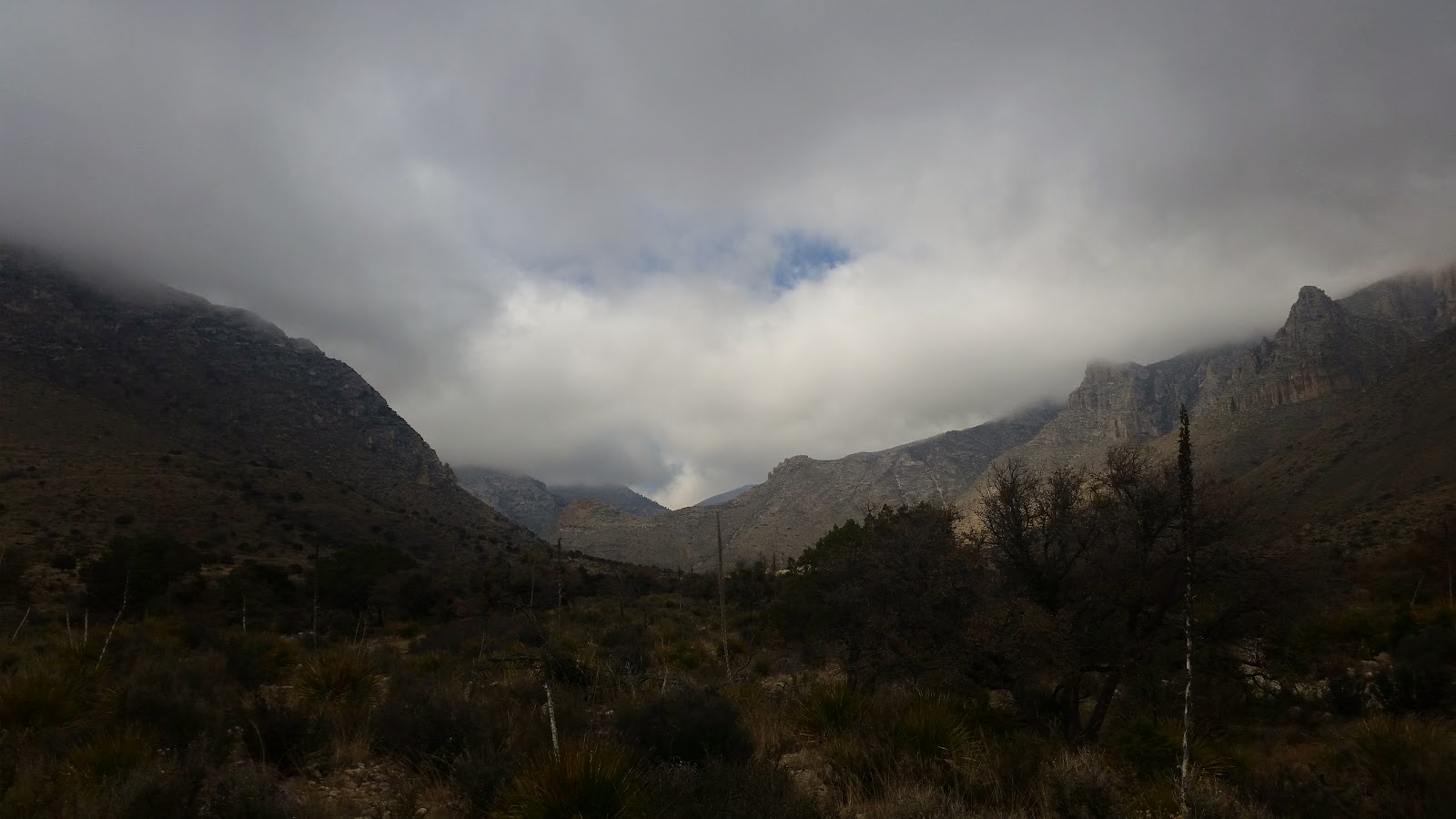 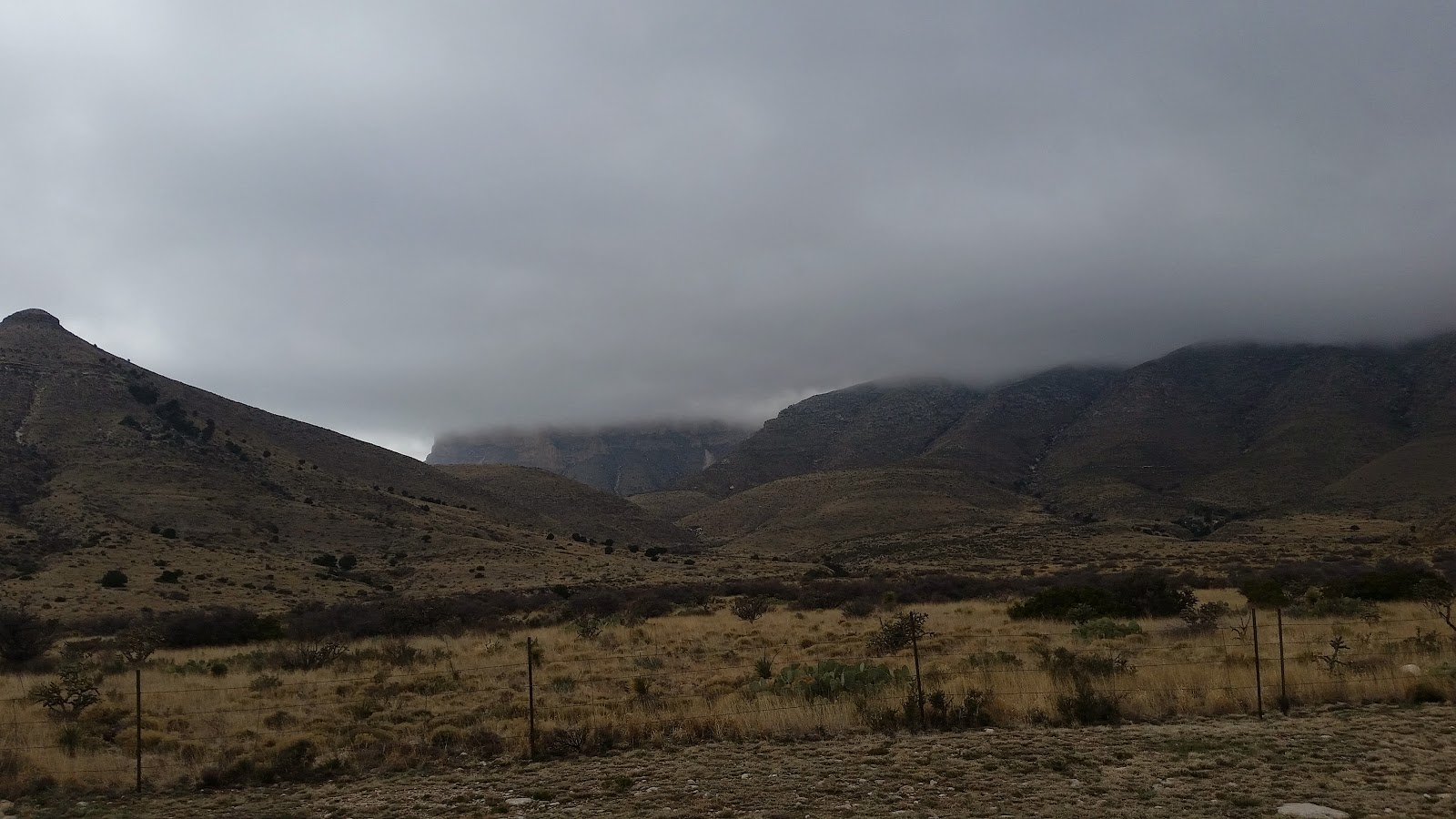 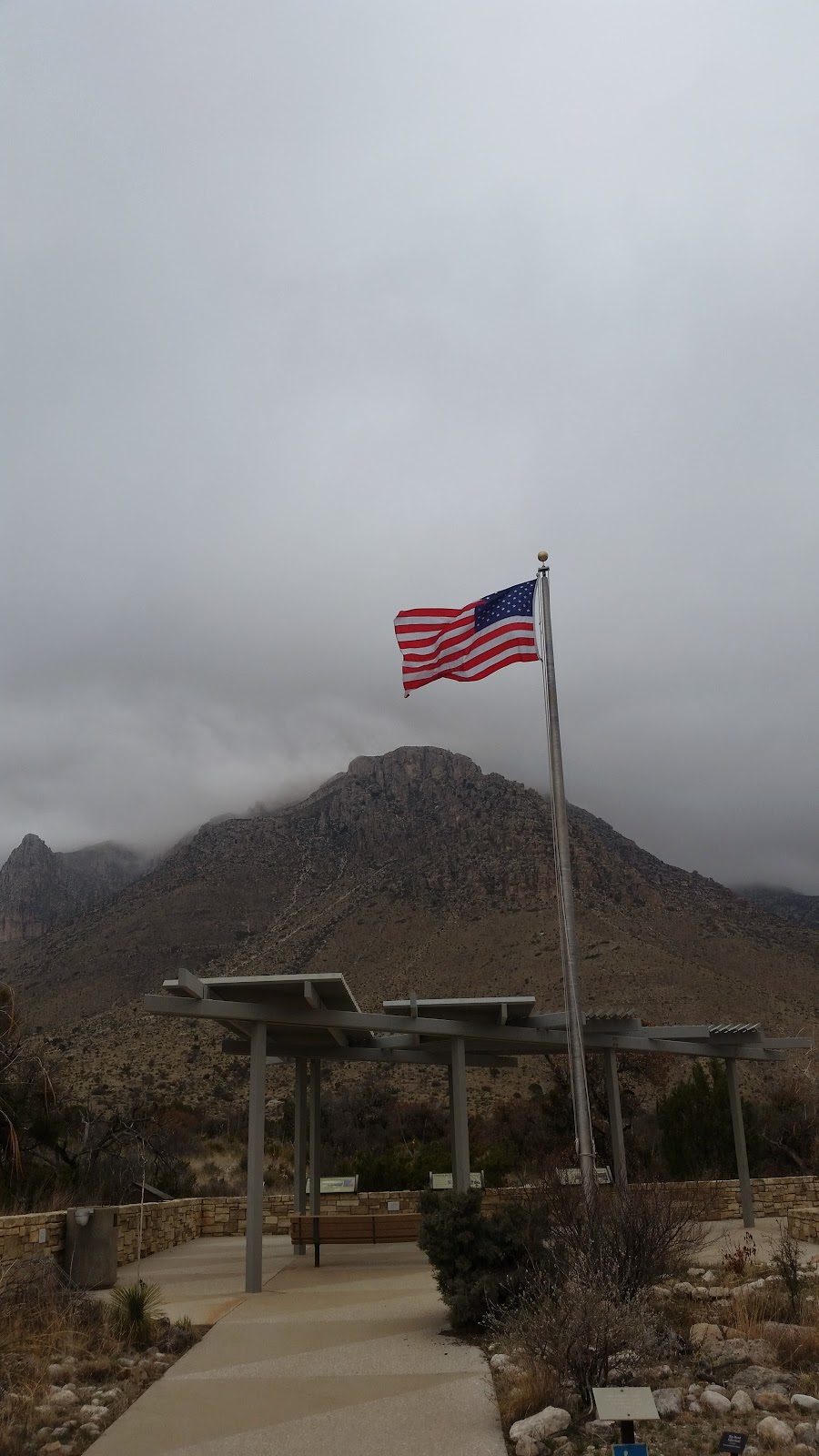 We then made the trip back to Brantley State Park. While I was looking at Kim's pictures for this entry, I found some sunrise and rainbow shots she took on Thursday. These turned out cool. 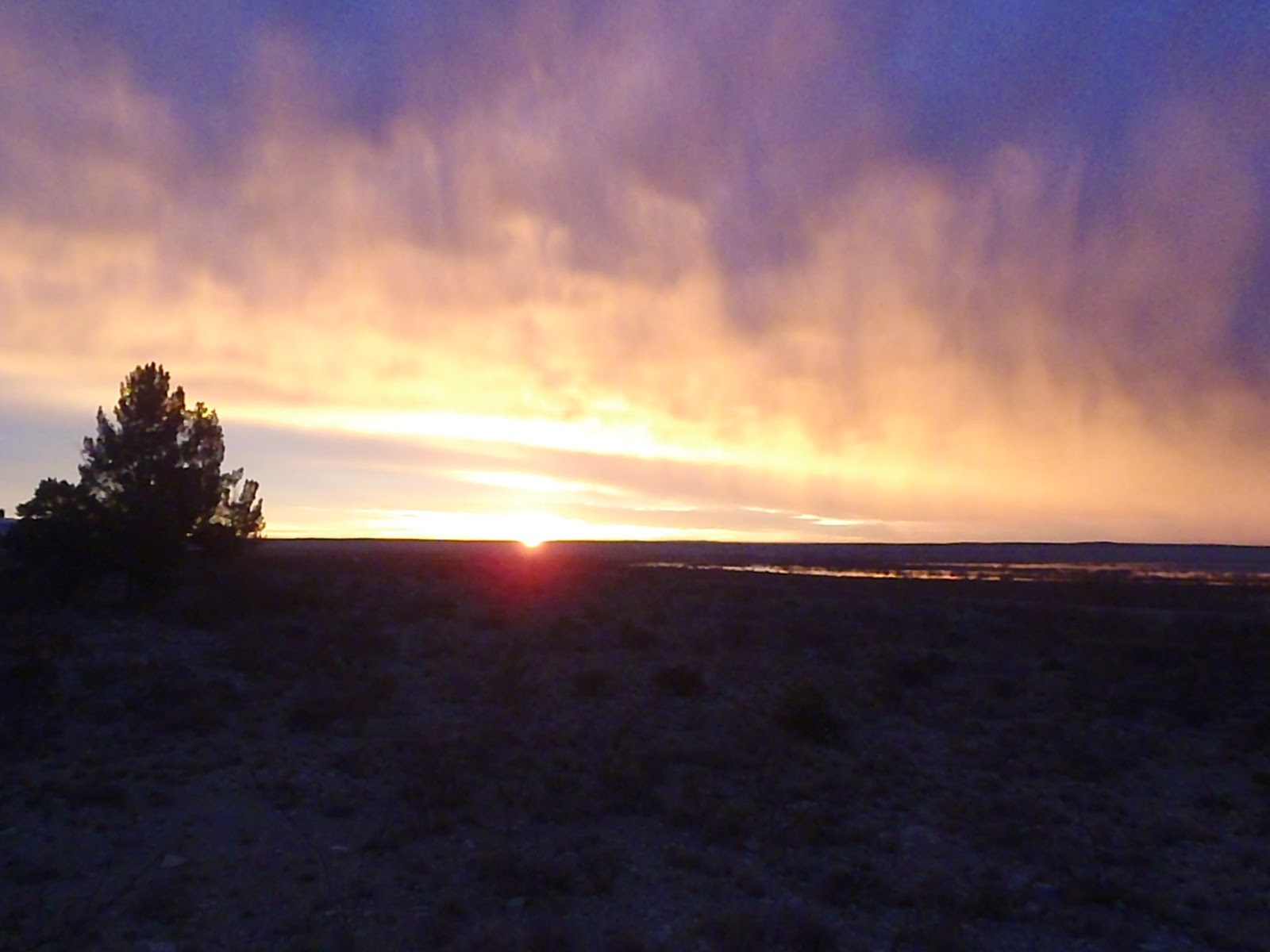 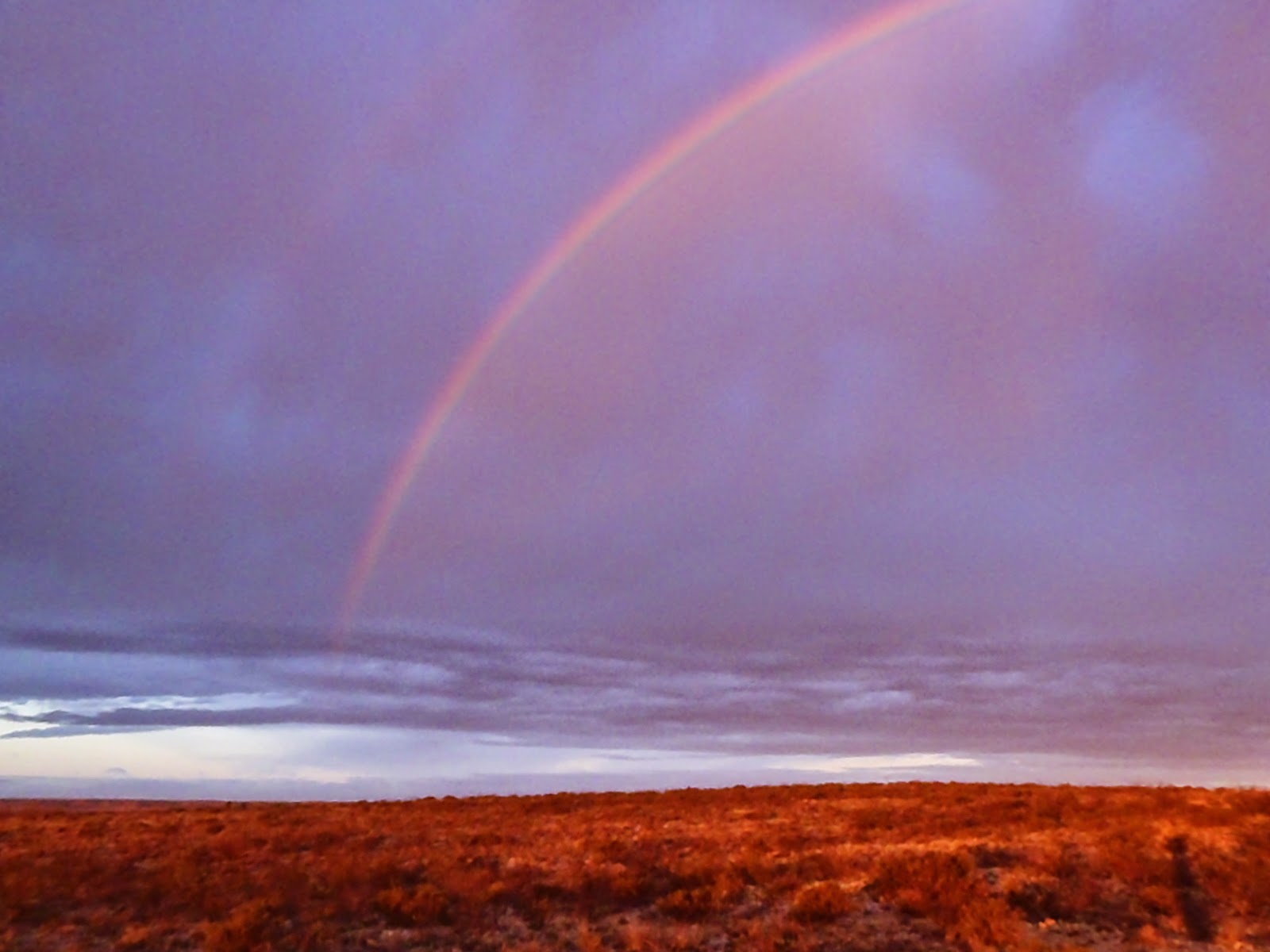 I know that was a large entry, but it was a big day. These are the days we live for. Two National Parks in one day. What an awesome day. Can't wait for more.

Posted by ktmissouri at 2:26 PM