As I mentioned in my previous entry, I went to Farmington, NM on Friday, March 27 to pick up the part that I ordered from the manufacturer of my rear brake system. I chose Doug's Kawasaki only because he was a dealer for Rekluse (company that I bought my braking system from). I met Doug and I could tell right away that he was a dirt bike guy. I introduced myself and he got the box of parts. They had sent me the wrong part. Even though it was not his fault, Doug started making phone calls. To make a long story short, we found the right part at the supplier of Rekluse. They will ship it to me and I will have it on April 1. No problem, this is a nice area and we love our campsite. We will just stay until next week.

Doug and I got to talking. And we talked and swapped a bunch of stories. He invited me to go riding with him and his friends on Sunday. I reminded him that my bike is not working. He said no problem, you can ride this demo Sherco 300 2 stroke I have here. I had to ask him if he was serious. He was! Doug will turn 73 on April 2. He still loves to ride and I found out later that he is a very good rider not even considering his age. He set up a ride with 3 other guys for Sunday morning. I met them at the shop and 10 minutes later we are just outside of town unloading bikes.

Here is my steed for the day: 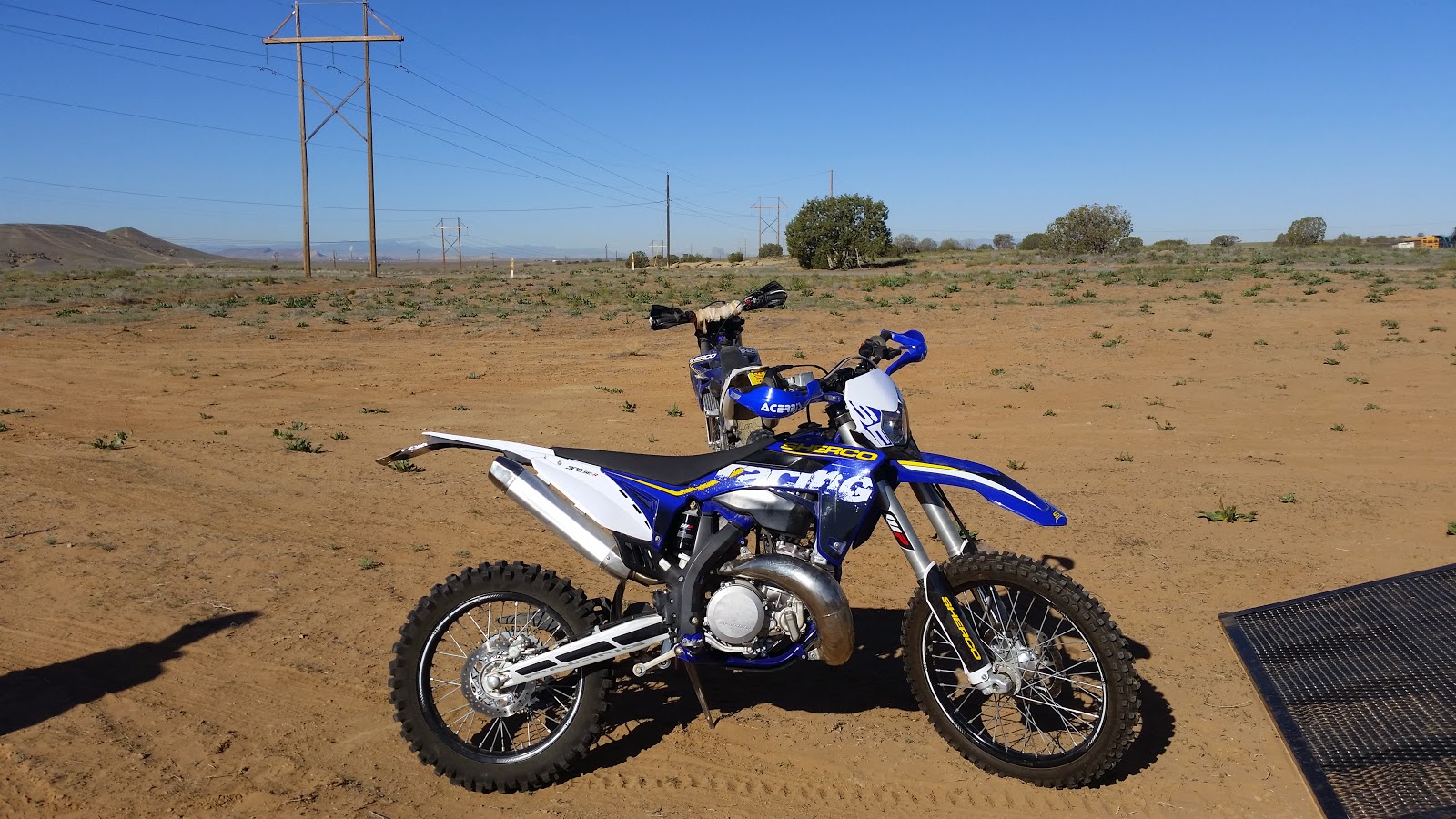 I really liked the Sherco. It felt a little bit soft in the motor department, but Doug reminded me that we are at 6000 feet in elevation. Overall it is a really balanced package. It has a mellow and hard switch. I played with it all day. It made about a 6 HP difference. I was impressed.


Here is the crew: 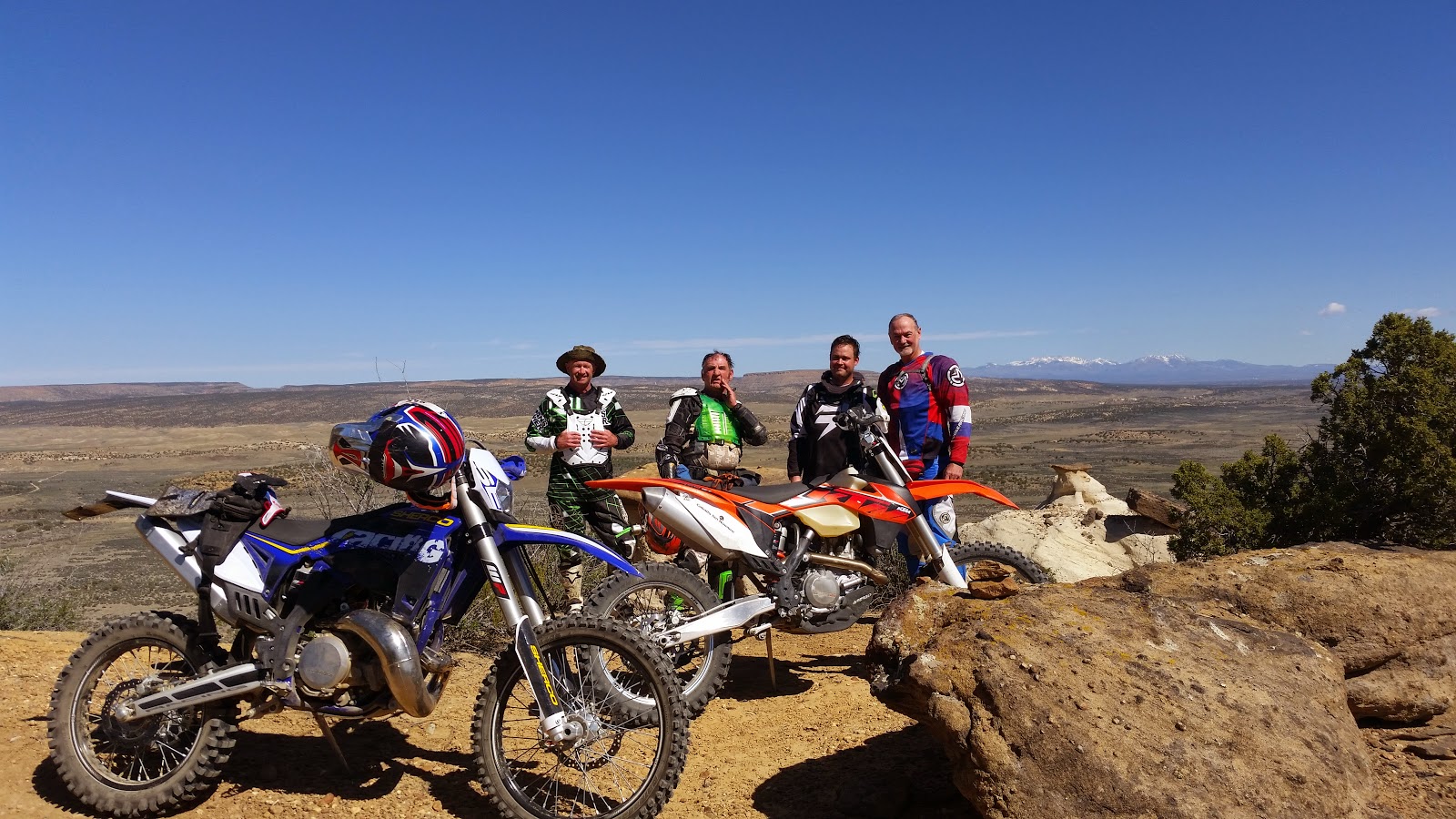 That is Kevin on the left, then Doug, then Jude and 62 year old Rick on the right. I only mention Ricks age because he is an excellent rider and he was our tour guide most of the day. I could not ask for a better group of guys to ride with. Thanks Guys!!

Here is a shot of me and the Sherco: 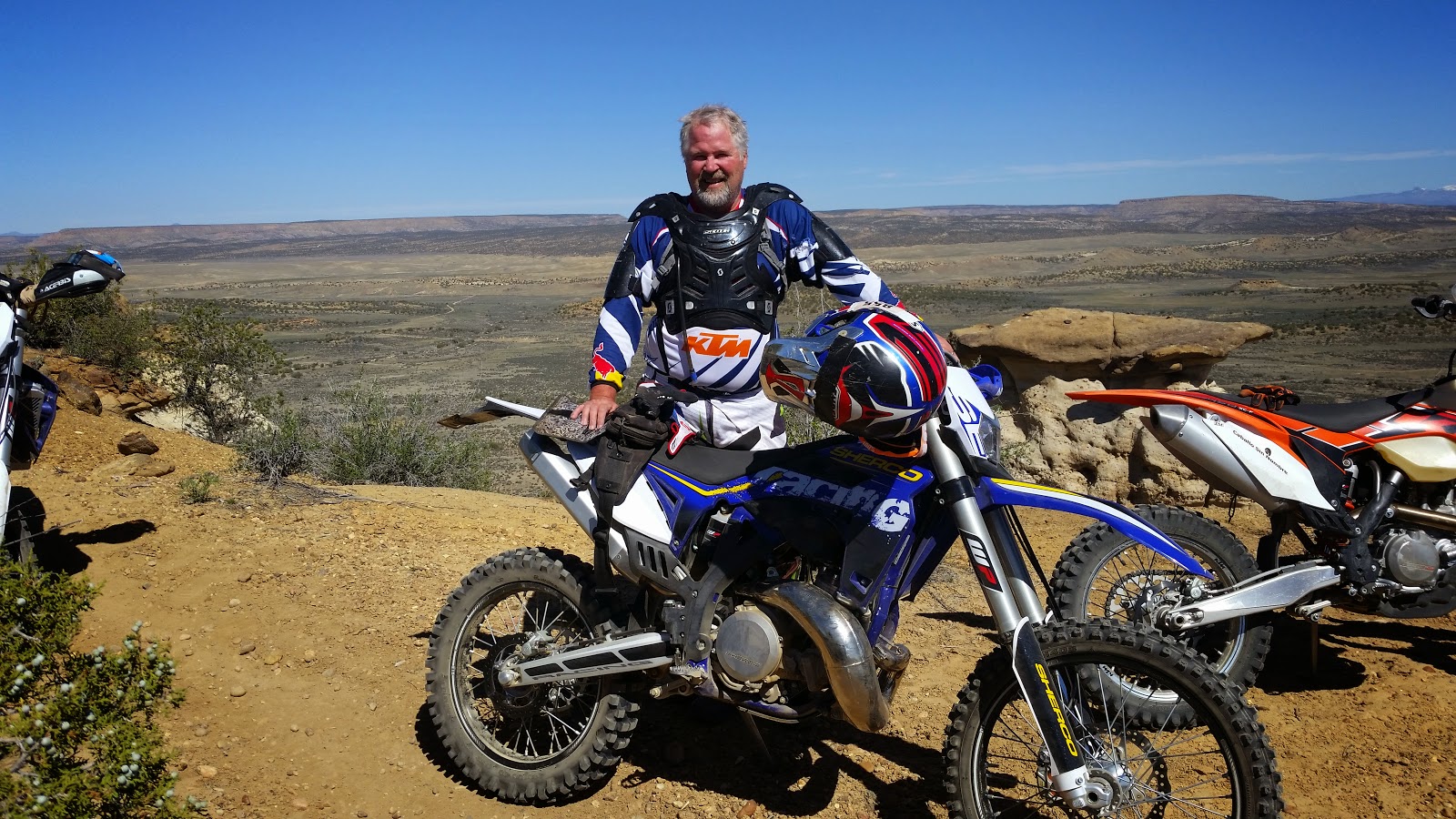 The terrain in this part of New Mexico is amazing. Much of the land is either Native American Reservation or BLM land. We were riding on BLM land and it seems to go on forever.

We rode up and on top of 1000 foot high mesas and through sand washes. The trail was ever changing. They even had some fairly tight singletrack through the juniper trees. It is nothing like what I am used to in Missouri, but it was really FUN! Pictures just don't do this place justice at all.

We started by climbing this to get up on the mesa: 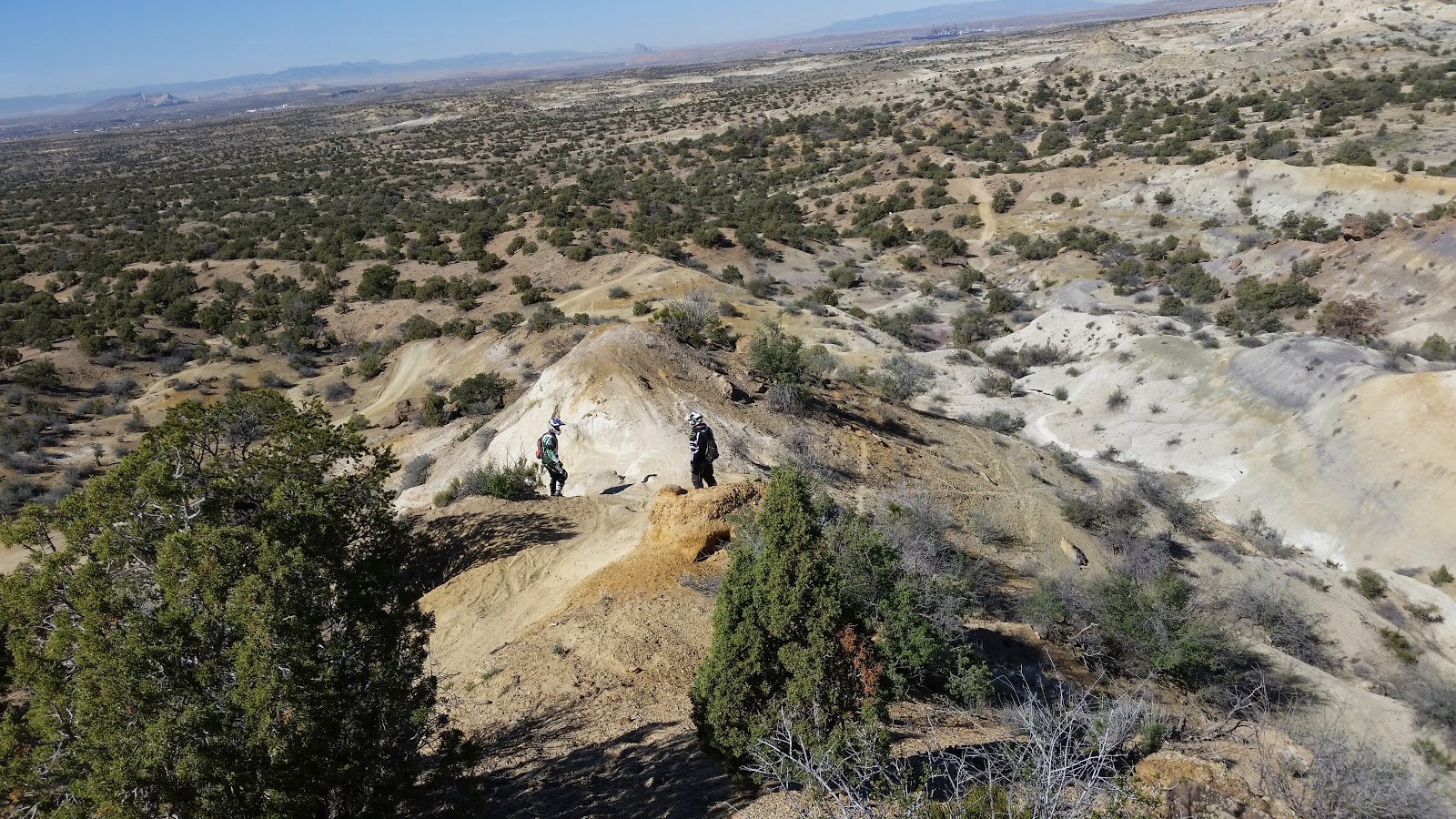 You have to go up a steep hill and then at the top turn right on a very narrow spine and then climb again to get to the top. Kevin and Rick are down there spotting for Doug. The last time he was here he fell off the spine...twice! He popped right back up and tried again until he made it. He had it all on helmet cam and showed it to me.

Here is what some of the formations look like: 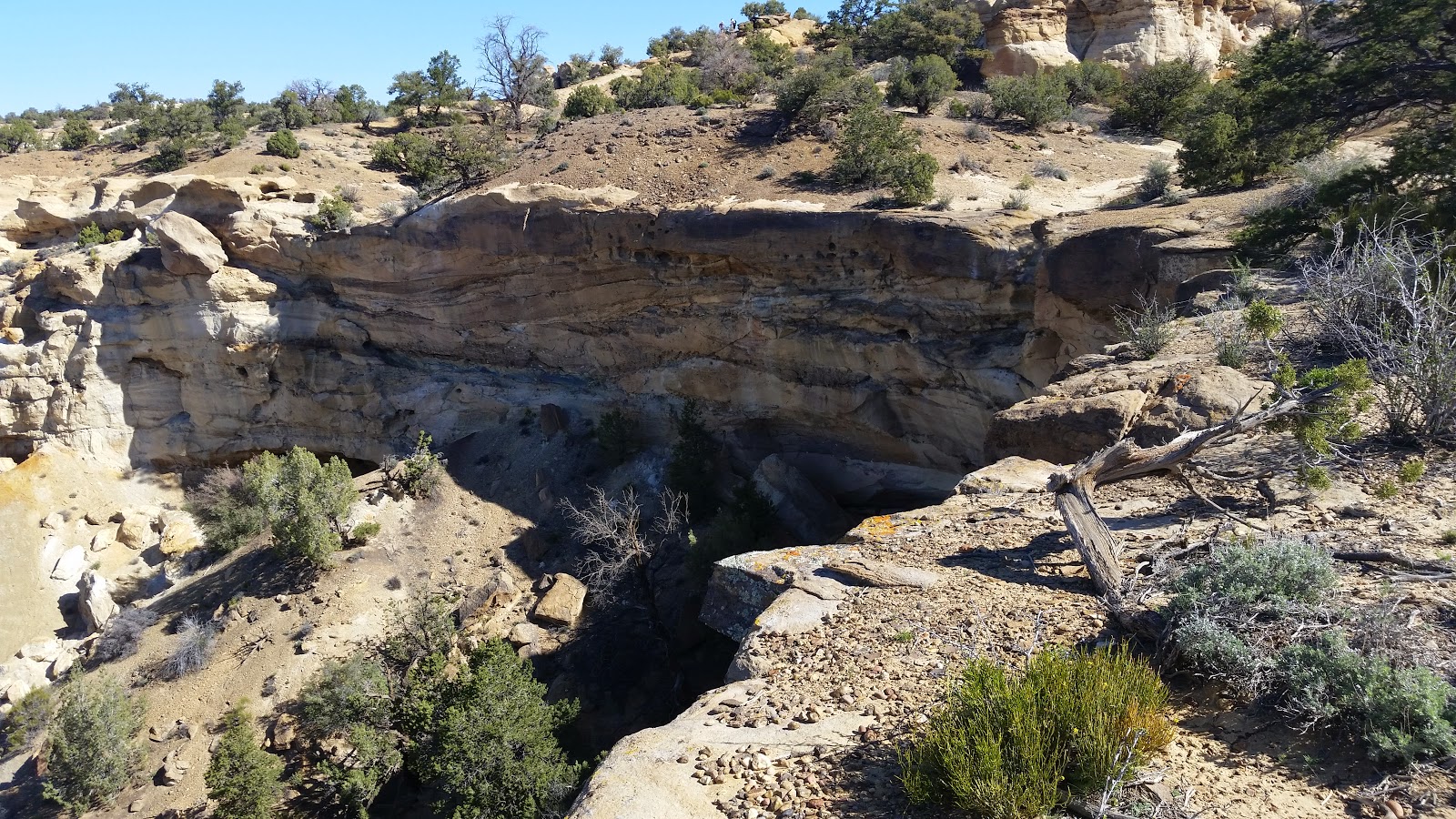 Here is a small arch. 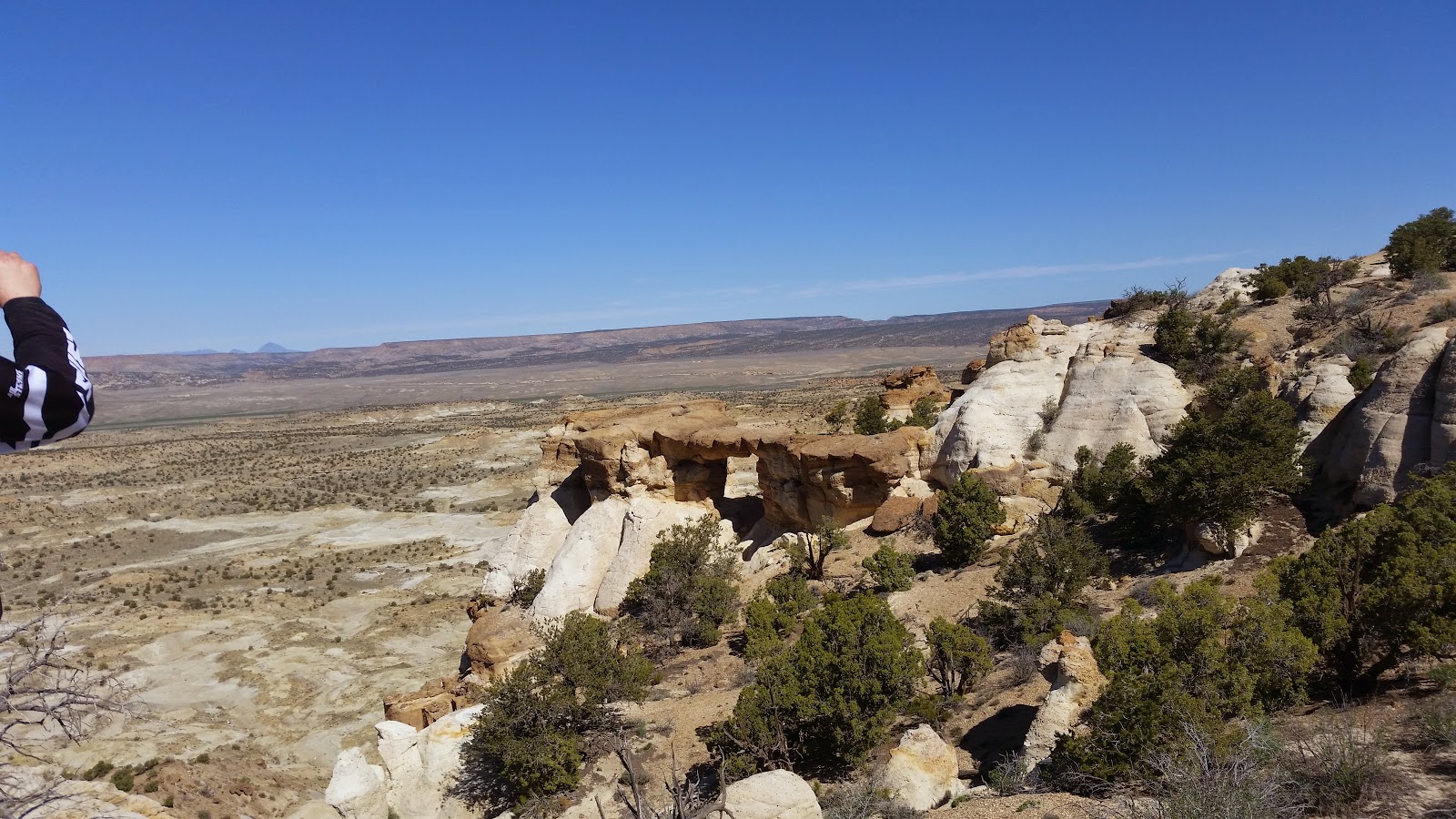 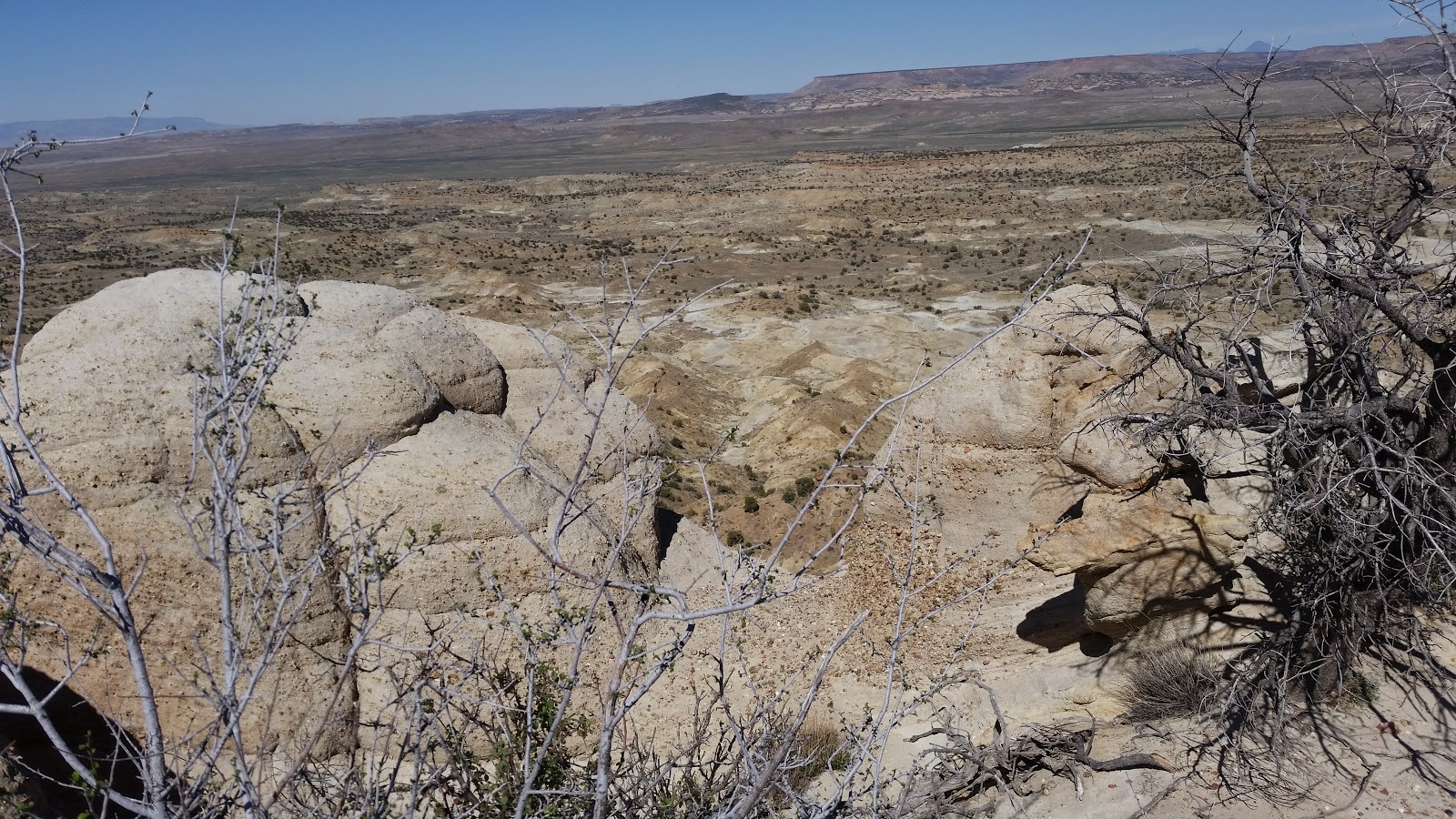 You can see into three other states from up there. We rode for about 4 hours. Doug had his GoPro camera on his helmet and recorded the riding. I got the raw footage from him and made this video.

The riding in this part of New Mexico is some of the best riding I have ever seen. On top of that the scenery is off the chart. It is a 14 hour drive from Missouri. The best seasons to ride here are February/March and November/December. It does get warm in the desert in the summertime.

This has to go down and one of my favorite experiences since we have been traveling. You just meet the most amazing people.