On May 27th, it was once again cloudy and wet. The mountains were covered in clouds and it looked like it was going to rain any minute. We decided to get oriented, by going to the visitors center. On our way there, we saw this sign and stopped to learn more about the lake we are camped at. The interesting thing is that the lake was naturally formed in 1925 by one of the largest land slides anywhere in the world. Then, in 1927 the natural dam was breached and flooded the little town of Kelly killing a number of people. 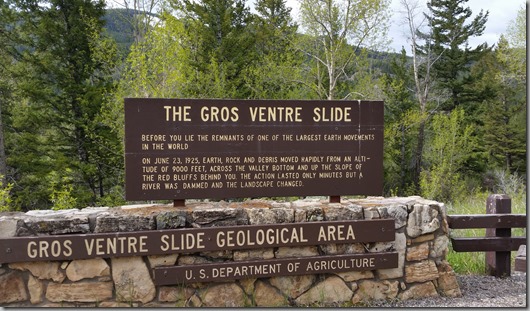 Here is a picture of the slide area. All that dirt and rocks blocked the valley. 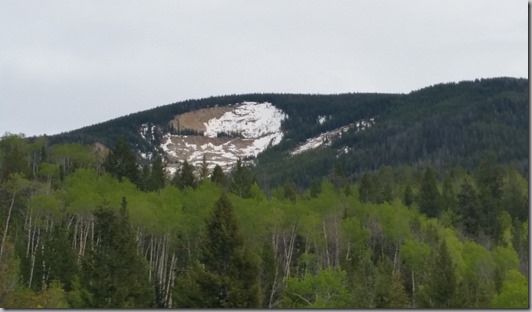 We learned that you have to have a $10 permit to paddle on the lakes in Grand Teton NP, so we bought that and then continued to drive around the park. The rain was holding off for now and you could even see the peaks off and on. 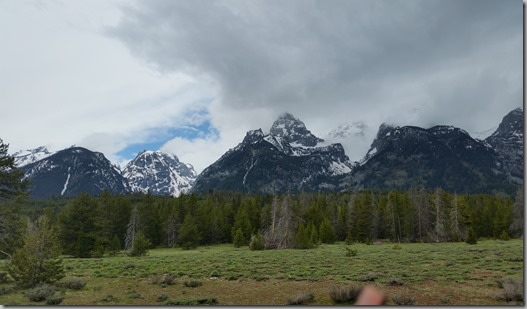 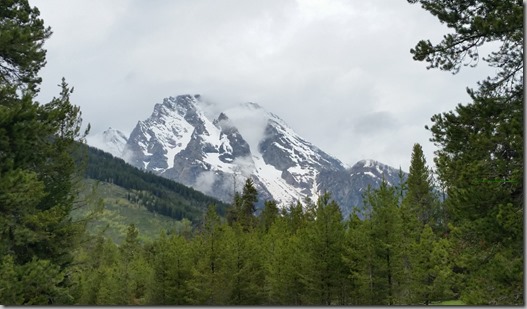 We even saw a few pronghorns. I really like Pronghorns. They are the fastest land animal in North America. 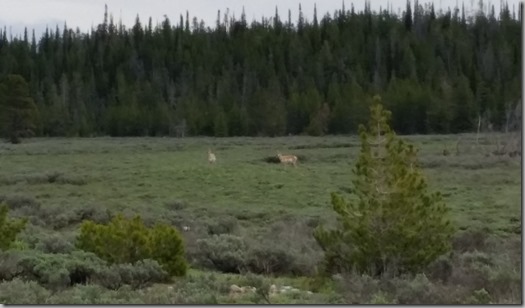 We drove to String Lake to check out where we would be paddling LATER. It was not raining and Kim wanted to NOW. I told her it was going to rain, but I know that look. The only acceptable answer is “Yes, Dear, I will get the boat ready”

We put in at String Lake and it was very calm and beautiful. We had the lake to ourselves except some ducks and Geese. 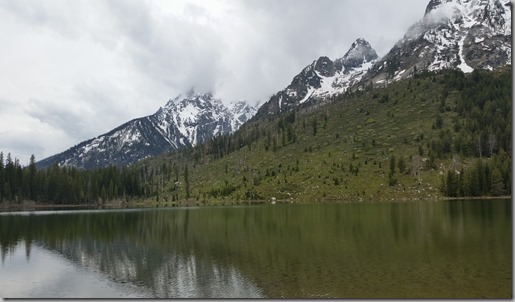 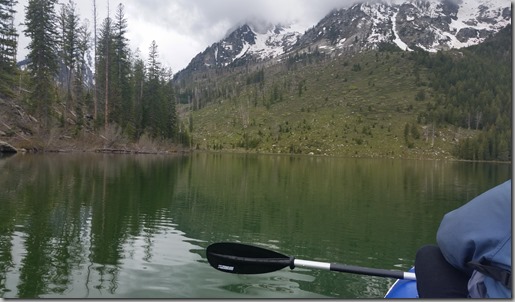 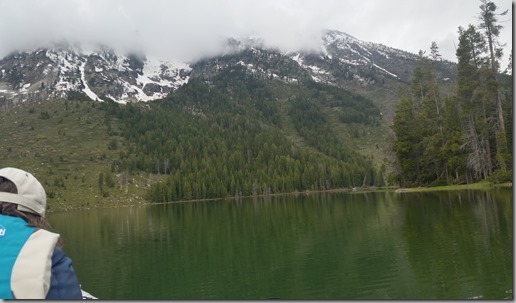 The lakes were beautiful. We paddled to the upper end of String Lake and then it started to sprinkle, then rain and then rain hard. These ducks did not seem to mind: 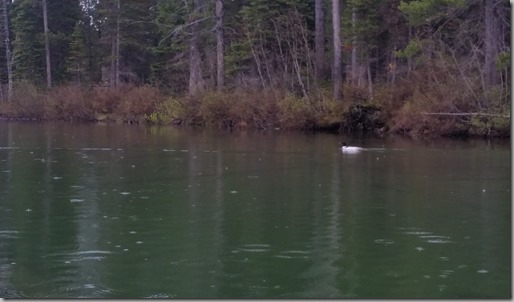 You can see the rain in the shot of these big rocks. 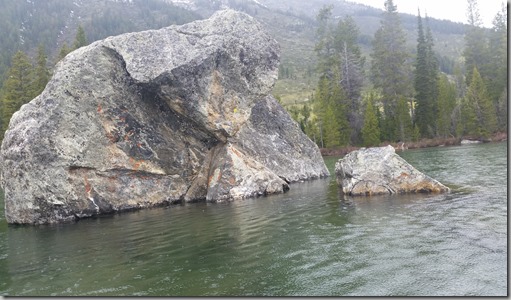 We did not get in a hurry, we just paddled in the rain and got wet. I may have complained, but really just to tell Kim “ I told you so”. We got back to our put in and folded up the boat in the rain. We really did have a good time, but I could not admit that.

We then headed over to Jackson to do all of the mundane tasks associated with normal life. Kim did laundry, while I went grocery shopping. We had pizza at Caldera Pizza. It was very good and they had fast Wi-Fi. We got all of that done and headed back to our awesome campsite.

If you go to Jackson, you have to take a picture with one of the 4 arches of antlers. 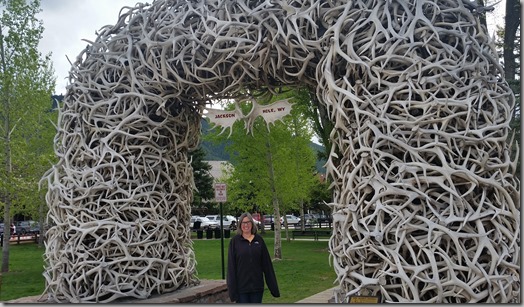 On the drive back we got this shot of Grand Teton just coming out of the clouds. 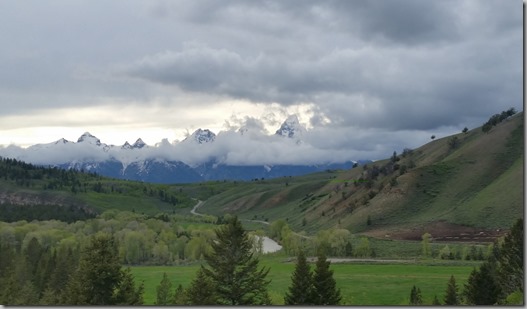 This day was on of those days that at times was not as fun as I would like, but when I compare this day to ANY day working, it was awesome! I lose focus on that at times and that is why this blog is helpful to keeping my perspective.

No matter how bad your day is, it is still awesome!

Posted by ktmissouri at 8:50 AM