On Monday, June 8, we woke up to an empty and very quiet campground. I would have not minded staying for a few days, but we decided to get moving north to Glacier National Park. We were about 250 miles away. I really don’t like to drive that many miles in one day, so I had an alternative plan of stopping at Holland Lake Campground which was 150 miles away. The only problem was that we needed to cross the continental divide just west of Helena.

We got going and left the campground at 9:30, that must be some kind of record for us. We drove right through Helena. I was worried about traffic, but I don’t think they have any. Right after we left the city, we headed up the mountain. It was a 7% grade. I just slowed down and ran in second gear for most of the way. We finally made it to the top. We stopped to let the truck cool down. The elevation is not impressive at 6325, but it felt good to put that behind us. 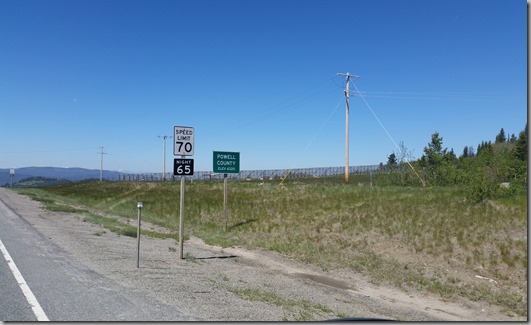 We drove on and lost elevation all day. After driving about 100 miles we discussed our options and decided to check out Holland Lake. It is only 3 miles off of the road we were on and if we did not like it, we would go on. We passed a number of beautiful lakes surrounded by pine trees. We turned down a dirt road to head to the campground. The road was in very good shape. When we arrived at the campground, the decision was easy. This place is beautiful. We paid for two nights.

Here is my first view of the lake. We were already planning to get out on the water. 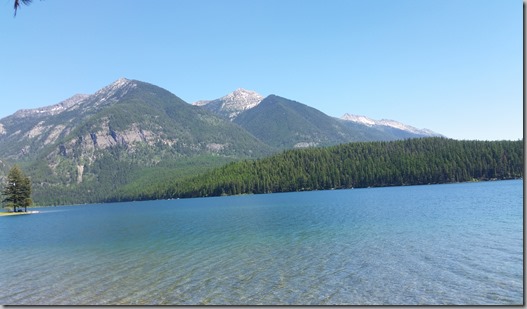 We decided to wash the truck, it was very dirty from the construction zone at Yellowstone. Then we set up the boat and got out on the lake. 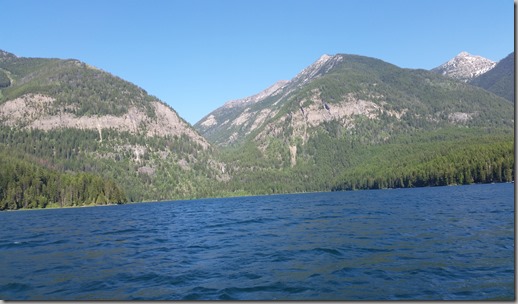 If you look closely there is a waterfall at the other end of the lake. We went to go see it. 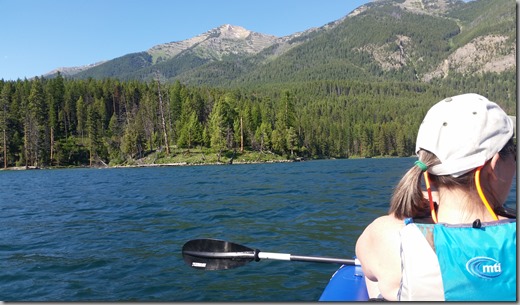 The other end of the lake had a beautiful view of some snow capped peaks. 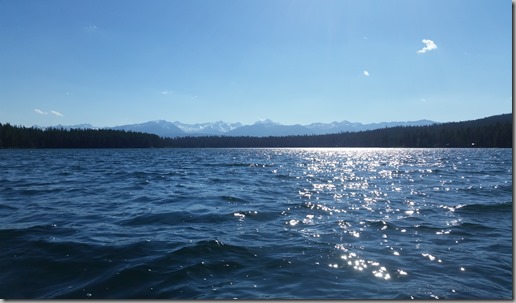 The wind came up and helped blow us to the end of the lake with the waterfall. 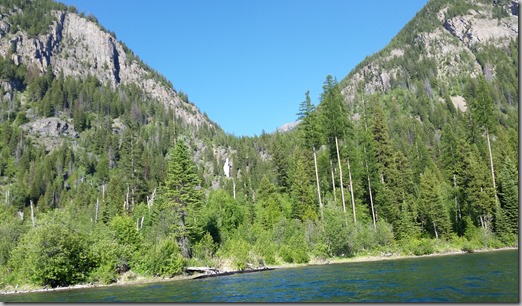 We found a protected cove and just relaxed for a while. The water was crystal clear and cool. 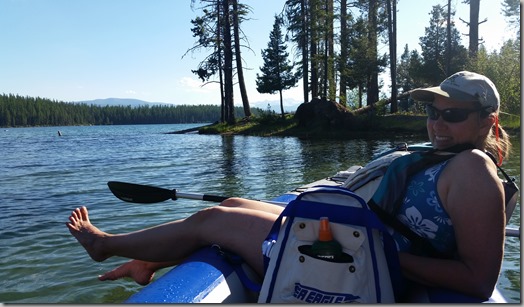 We saw some 3 young deer on shore and we watched them for about a half hour. 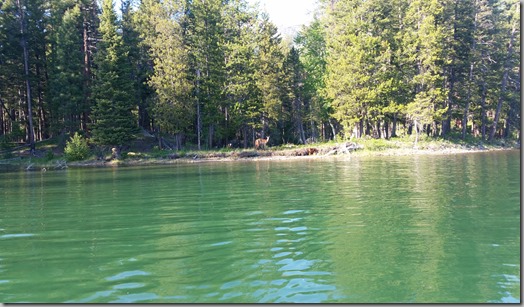 We stayed out on the water until about 8 and had no issue with bugs. The sun was not even close to down, but we decided to head in. The wind had died and we had an easy paddle to the other end of the lake. When we got out of the water, we got swarmed by mosquitos. We had to run the 50 yards back to camp with the boat and just throw everything down and jump in the trailer.

Holland Lake is a beautiful campground, but bring your bug spray. We had some 40 DEET sportsman spray that helped, but the mosquitos were about as bad as I have seen anywhere.

We are still glad we stopped. This lake is beautiful and we really want to explore more of it. Come back to see my next entry. It will include what I think are some of the best pictures I have taken. I will let you decide for yourself.

Posted by ktmissouri at 2:00 PM