On June 21, we left my Cousin Debbie’s cabin and headed over to Lake Roosevelt. Lake Roosevelt is the 135 mile lake that is formed by Grand Coulee Dam. The lake is the flooded area that was the Columbia river. The drive was only 60 miles. We had our choice of many nice camp sites in this very nice campground. We liked site 66 which overlooks the lake. 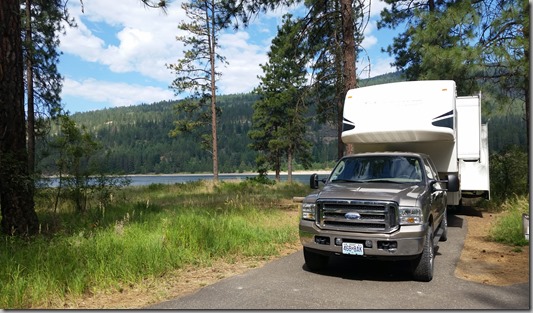 The area is full of pine trees and is just beautiful. 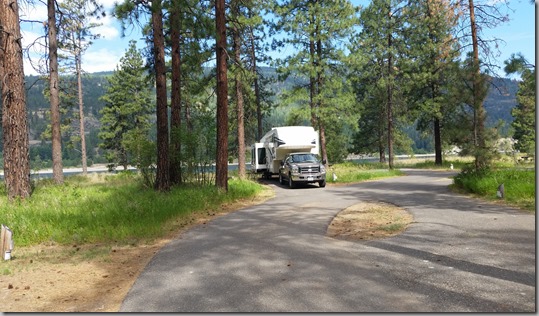 After we got set up, I looked out the back window and there was a few quail including a large group of chicks. The chicks are hard to see, but they are directly in front of the adult quail. 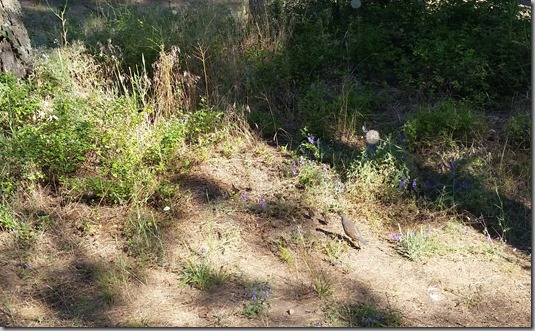 These are not Bobwhite quail. They are a California or a Gambrel Quail that we have seen in this area. They have a cool plume on top of their head. Here is a shot of another adult sitting up on the picnic table. 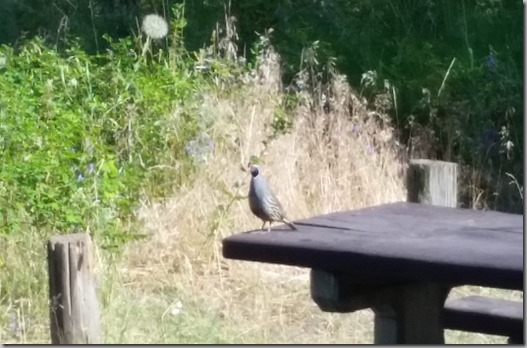 I thought that we would have a falls to go see while we were here, but there isn’t. It is actually a very sad story. The Native Americans in this area used to go to Kettle Falls to catch Salmon. The Salmon had a very difficult time to get further up the river because of the falls. They would be so thick that the legend talks about the ability to walk across the river on the back of the salmon. I have seen pictures of King Salmon that were caught that were in excess of 6 feet long. Many of the tribes would get half of their food for the year from the salmon run. When they built the dam, they did not provide a way for the fish to get up river. The falls are now under about 100 feet of water. The locals lost a significant amount of prime farm land. The Coleville Indian Reservation runs along the north side of the Columbia River (Lake Roosevelt) in this area. The tribes were compensated by getting a portion of the proceeds from selling electricity from the dam. We are planning to go visit the dam while we are in the area. I will get more into this story when we visit the dam. I have very mixed emotions about the building of the Grand Coulee Dam, but I will get the whole story before I decide how I feel.

We really enjoyed our two days at Kettle Falls. The weather was perfect with comfortable days and cool nights. We have seen the forecast and that was going to change. It was going to be in the 100’s by the next weekend.

We took advantage of our nice weather to take some long walks and took a few more pictures of the area. 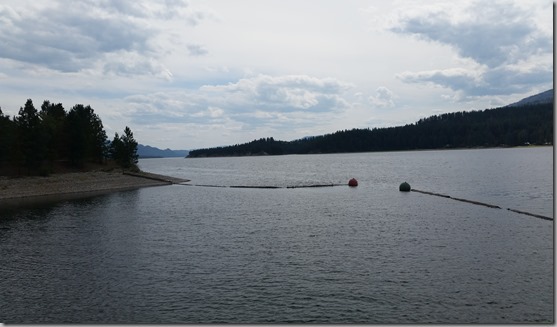 Here is the marina. There were a bunch of fishing boats and some very large house boats. 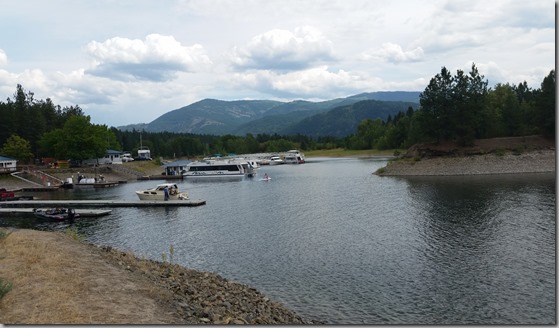 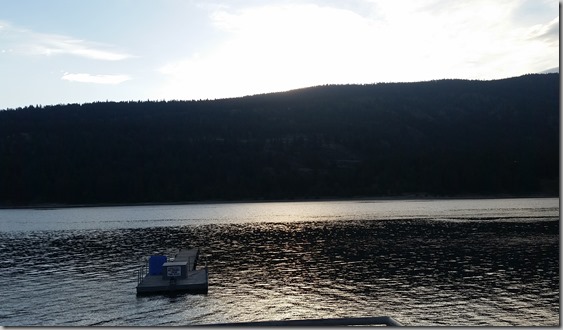 We ended up staying two nights before moving down the lake. Our next stop was Fort Spokane. I will tell that very sad story in my next entry. History can be very sad some times.

Posted by ktmissouri at 2:50 PM