Tour of the Eastern Side of Yellowstone

On June 1, we decided to take a tour of Eastern Yellowstone. This trip to Yellowstone is to check out all areas of the park. I really wanted to focus on the places that are not the main tourist attractions. We have seen the geysers and mud pots and they are cool, but we know there is so much more to see in the park. I also like to avoid crowds as much as possible.

Before we headed out on this day, we went down to the town of Gardiner. I really wanted to see the Roosevelt arch. There was construction all around it, but it is still cool. I also went to Park’s Fly Shop to get some advice and some local fly patterns. The guys there were great to talk to. I was not sure if I was going to fish on this trip, but I wanted to know what I was looking at. The good news is that a three day license for the park is $18. A Wyoming license is not valid. 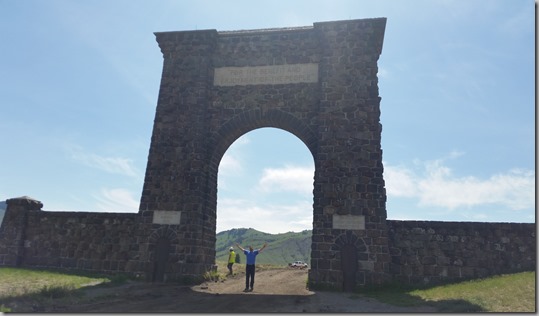 The adventure today was mainly driving. Lots of driving, but we felt it would be worth it to see the areas outside of the Caldera. We drove east up through the Blacktail Plateau. It is a beautiful area. We saw a bear, but did not get a picture. 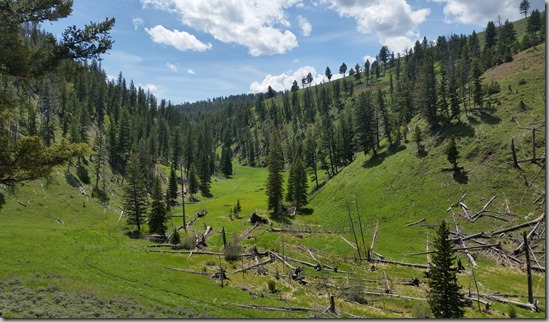 We had to stop off at the Petrified Tree. It was very cool. I was saddened to read that there were two more that we stolen by vandals. 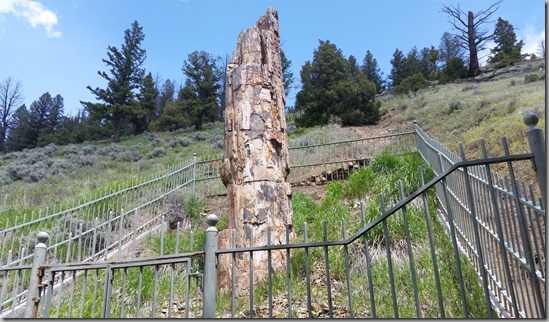 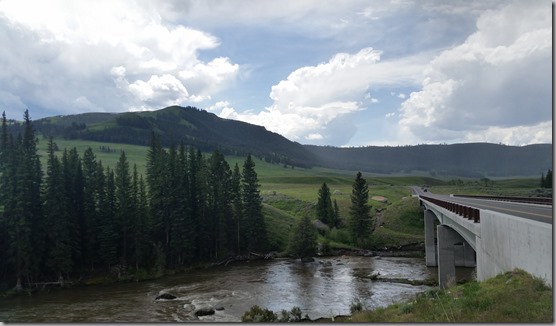 Then we turned at Roosevelt and headed up the Lamar Valley. It is also beautiful and has lots of Bison and other wildlife. 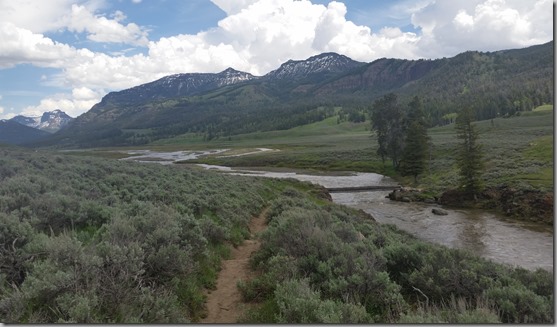 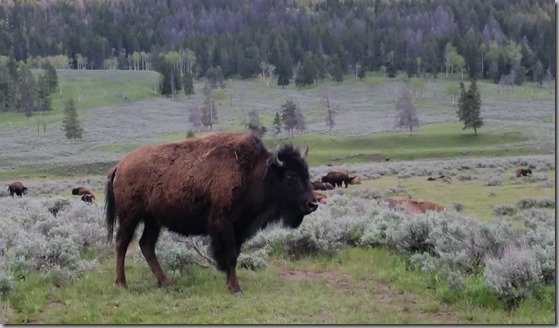 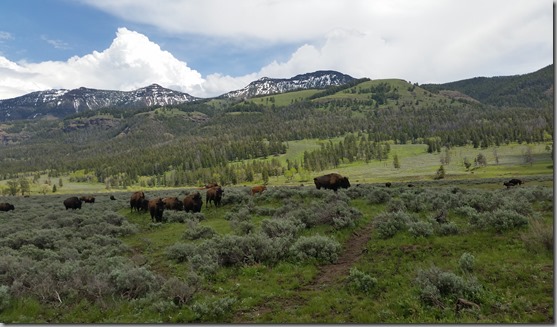 I called these guys the three amigos. They looked like teenagers that we up to no good. 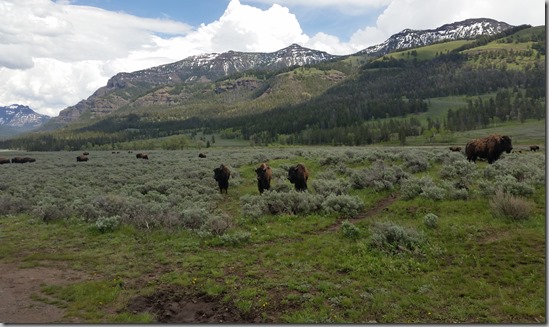 We kept driving east and left the park and were then on the Beartooth highway. Here is a pic of Beartooth mountain. 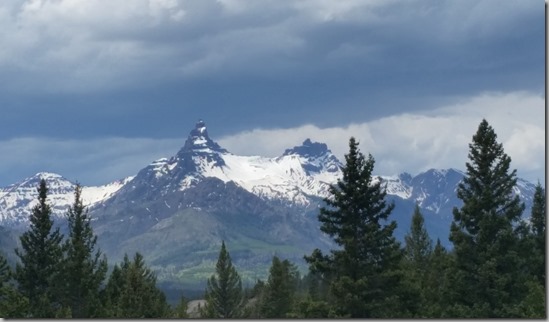 It was raining off and on and you can see the cloudy sky. 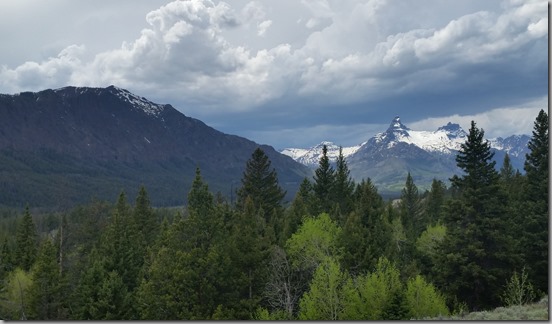 It is a very beautiful area and well worth the driving time. We then turned off on Chief Joseph Scenic Highway. What an awesome road. Some of it is under construction, but I would say this will soon become one of the top road biker roads in the US. 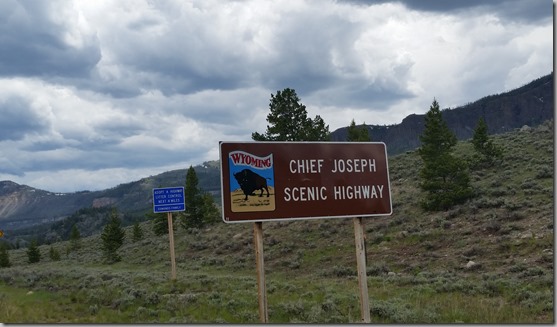 I love the clouds in this shot: 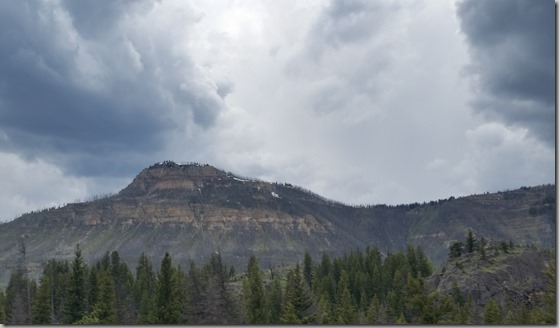 The amazing views were constant and ever changing. 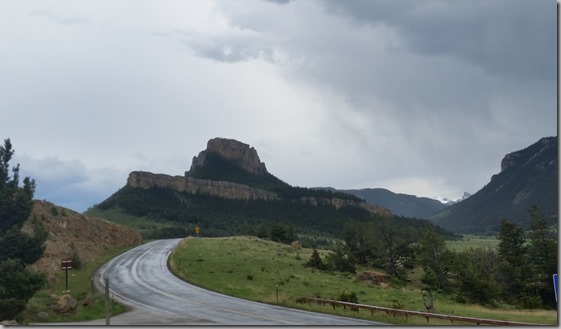 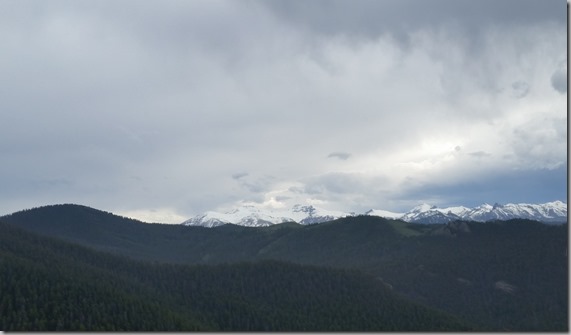 Then we dropped down and left the forest, but it was still very interesting to look at. 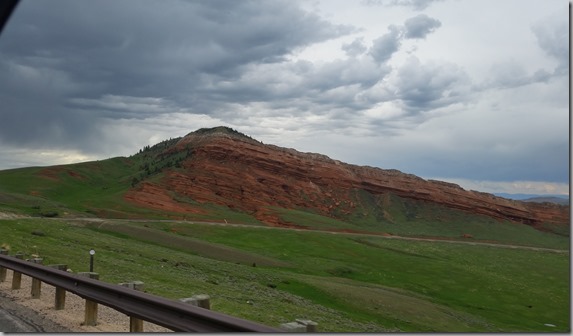 We then drove over to Cody, Wyoming. Nice mid size town. Then we drove back to the west up the Shoshone River Valley. That was really beautiful with amazing volcanic rock formations. 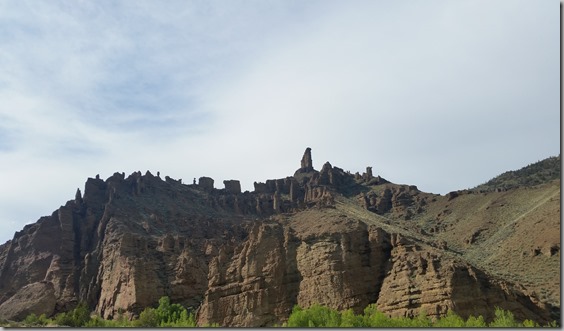 The sun actually came out for a short time. 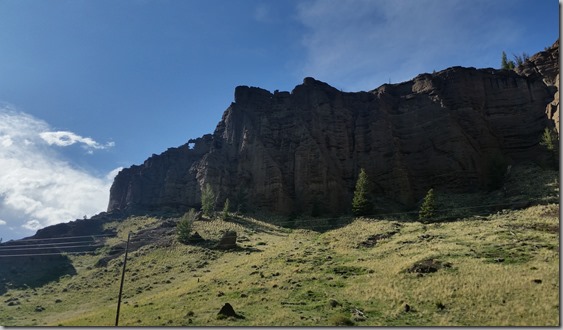 We then went back in the East entrance and climbed Sylvan pass. It was pretty steep and I was glad we did not have the trailer. More great scenery. 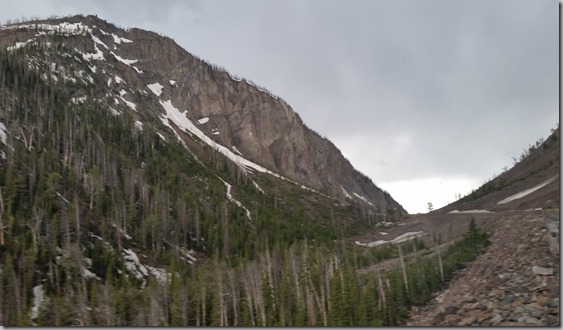 This one is looking over Yellowstone Lake. You can see all of the dead trees from the fire, but also the smaller trees are new growth from seeds that were released from pine cones that were heated by the fire. It is all a natural process that works well. Man just needs to get out of the way and nature will take care of things. 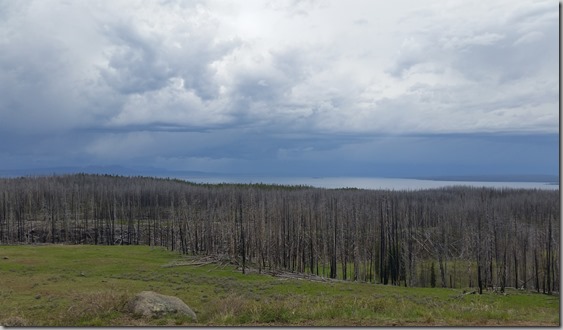 We saw this big bull elk up in this meadow. He would raise his head and snort and then when Kim snapped the camera, he would lower his head. Oh well, he was cool to look at. 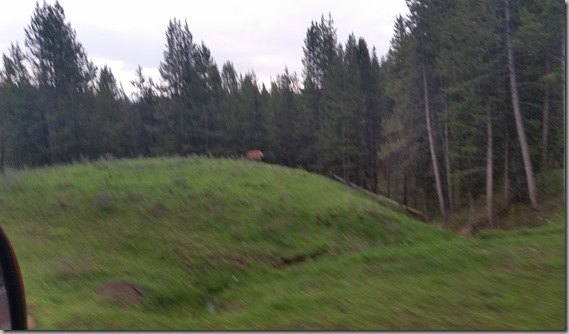 We then headed back across the construction zone south of Norris and back to camp. There is a really nice waterfall on that road that is in the Gardiner River. We had to stop and take a few pics. 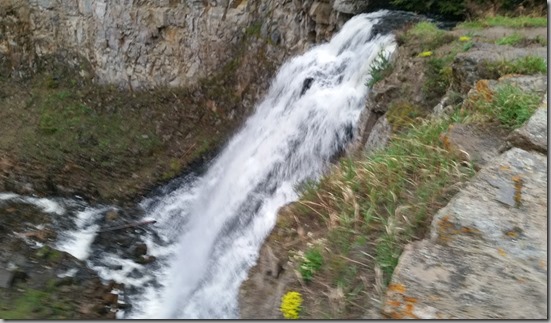 We arrived back at our camp at 8 PM. It was a long day of driving and sightseeing. The Lamar Valley was just awesome and I do plan to spend much more time up there on future visits. The water was too muddy to fish now with the spring run-off. I understand that is the best fly fishing in the park during the summer and fall.

The main difference between Yellowstone and the other National Parks we have visited is it’s size. it is just enormous. We do not have time to do all that we want to do on this visit. We have a commitment in about a month in Portland. We will probably stay about a week and do what we want and then move on up north. I hope you enjoyed the pictures. Take some of your own today. Of course, you have to visit something new to warrant the picture. Go on an adventure, no matter how small.

Posted by ktmissouri at 2:46 PM