On Saturday, June 20, we left Trout Creek, Montana and followed the Clark Fork through far eastern Montana and across the panhandle of Idaho. Clark fork flows into Lake Pend Oreille. It is a beautiful lake and was quite busy on this Saturday morning. We went through the town of Sandpoint. There are many motels and other resort business in this area for people visiting the lake. We then drove on to the town of Newport, which is right on the Idaho/Washington border. We then turned north and followed the Pend Oreille river.

As I mentioned in my previous post, the Pend Oreille river flows to the north to Canada. It is a very large river and the water is flowing briskly, but it is nothing like the flow that this river saw a few thousand years ago. Geologists have recently been able to explain the very unique features around this area.

As I have learned more about this area, I have found out that most of Eastern Montana, northern Idaho and Eastern Washington was heavily altered about 12000 years ago by a massive flood. There was a large lake in Montana in the Missoula area, called Glacial Lake Missoula. It was a huge lake and was blocked by a large glacier dam. As the ice age was receding, the dam was compromised and burst. The result was a flood of biblical proportions. They have evidence that the water in the Columbia river was as high as 1100 feet deep in the gorge down by Portland. It is also why there are large rock outcroppings all over western Washington. You also see many dry valleys that are not from recent rivers.

Sorry for the tangent, but that is all part of the journey. We continued up the river until we got to my cousin Debbie’s “cabin”. Debbie and her husband Steve live in Spokane, but come up to their retreat almost every weekend. Would you call this a cabin? 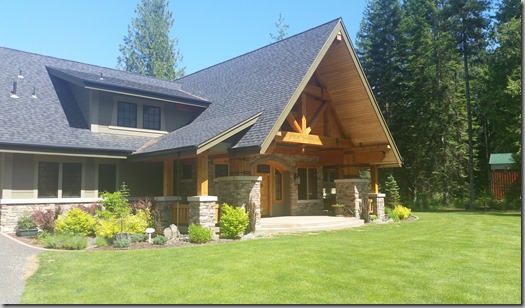 The house and grounds are gorgeous. Steve is the head grounds keeper and does an outstanding job. He has added trails and golf cart paths throughout the property. They also have a nice dock to hold their very nice pontoon boat and jet skis. There is also great fishing from the dock as my 1st cousin once removed Andrew showed us. 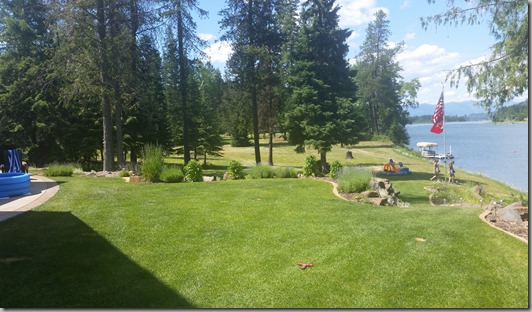 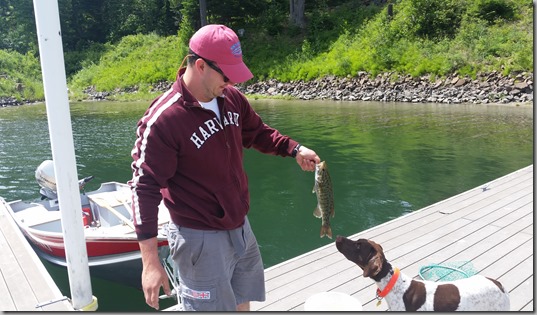 I met Andrew and his sister Stephanie and their spouses Shayla and Colby for the first time. They are very impressive young people and have great young families. Both families have a 2 year old. Here is Avery and Emerson. They are so cute. 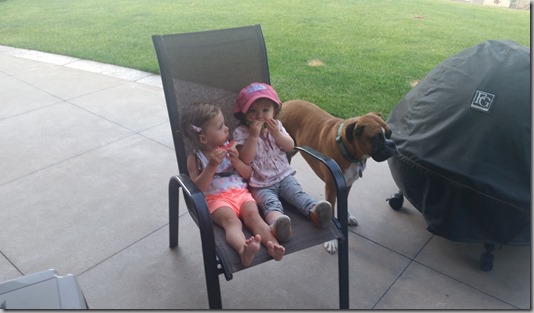 Stephanie and Colby also have a 3 month old. Kim got some much needed baby time. My Aunt Elizabeth was there for the Fathers day weekend. Both Kim and I were able to get some quality time with her also. 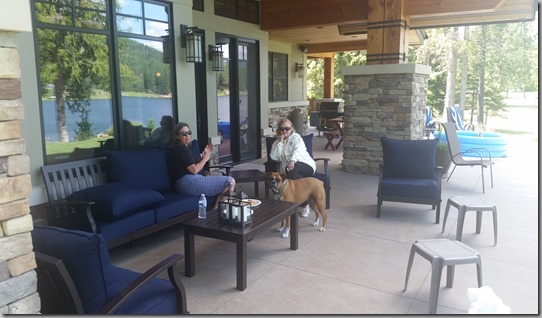 This family loves their dogs and Lola the boxer is in a number of the pictures.

At one point, Steve proved that he did not know me well by asking me if I would like to take one of his brand new Sea Doos for a spin. I, of course, quickly said yes. I really need to learn to be a bit slower on the answer. That thing was FAST! I had a blast. 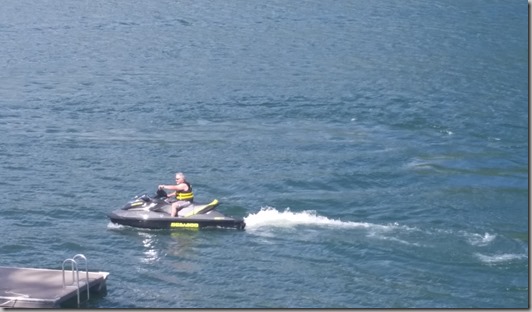 We had a fire on Saturday night and they got Fathers Day cards for all of the dads including me. We just had an amazing time.

On Sunday, folks were leaving pretty early, but we took the time to take a boat trip on the river. Here is a shot of Captain Steve and our sunbathing beauties on the front of the boat. 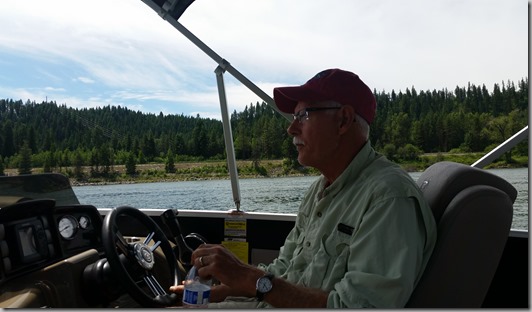 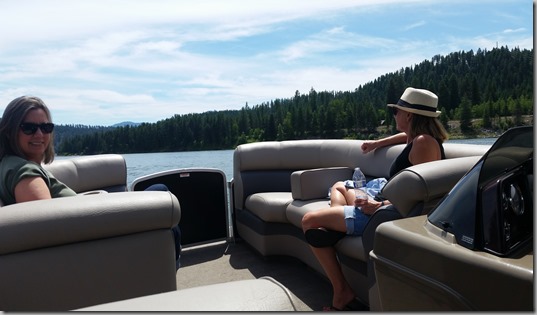 Sadly, that is the only picture I got of Debbie. We have spent very little time together in our lives, but she still was willing to let us park in her driveway and hang out for the weekend. We certainly plan to spend more time together as our lives continue. If you are reading this, Thanks for everything Debbie and Steve.

As I have mentioned in my blog before. One of the things that I would like to do as I travel around the country is to connect with my very large family. They are spread all over the US. I highly value family.

Take the time to make contact with a family member that you have not talked to in a while.

Posted by ktmissouri at 7:55 PM